When autocomplete results are available use up and down arrows to review and enter to select.
Resources + Insights
Feb 15, 2022 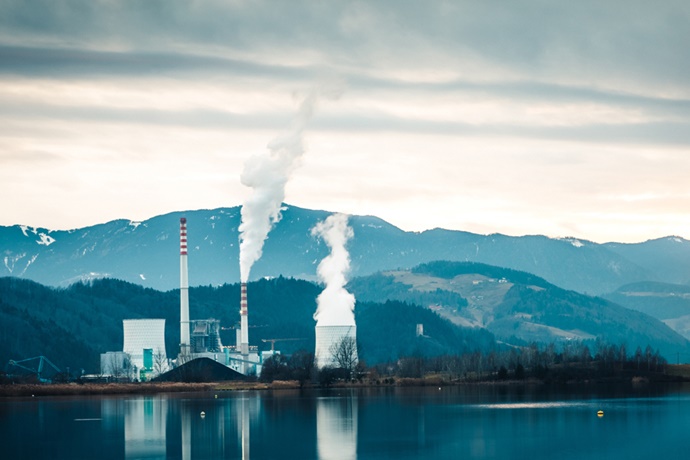 Most people associate environmental insurance coverage with businesses that have smokestacks, use landfills and are required to put hazmat stickers on barrels of waste. And while those exposures are certainly covered, pollution can come from a variety of sources that don’t need to be identified as hazardous to be considered pollutants.

A pollutant is "any solid, liquid, gaseous or thermal irritant or contaminant, including smoke, vapor, soot, fumes, acids, alkalis, chemicals and waste," where waste includes materials to be recycled, reconditioned, or reclaimed.

A simpler way to think of pollution might be as sufficient quantities of any material, substance, or product introduced into an environment for other than its intended use/purpose.

In certain claims circumstances, carbon monoxide, sand, and even milk and cheese have all been considered pollutants and excluded under the commercial general liability pollution exclusion.

For example, several years ago a food warehouse caught fire. Cheese and butter liquefied and ran into the sewer system. When the dairy products later cooled and solidified, they clogged the sewer system for several days causing neighbors to file business interruption claims. Further, the local wastewater treatment plant was found in violation of its discharge permit due to the volume of waste that came through the system.

The warehouse filed a claim on its general liability insurance, but it was denied based on the policy’s pollution exclusion. The result for the insured was an out-of-pocket expense of $550,000.

This situation could have been addressed with a proper pollution policy if the insured had (a) been aware of the pollution exposures the business faced and (b) understood the limitations of the general liability policy. Unfortunately, this situation is all too common.

To help your insureds consider whether they need insurance for potential pollution liability, it helps to have a basic understanding not only of environmental regulatory history and its impact on general liability pollution exclusions, but also how environmental coverage could have mitigated out-of-pocket expenses in some claims scenarios. In this article, we will examine some cases where the right insurance might have made a substantial difference in a pollution claim.

The passage of two major environmental laws in 1976 and 1980, respectively, dramatically changed the way our society and the law view environmental contamination. Responsibility for the environment was now being imposed on business and industry in a way it never had before.

The Resource Conservation and Recovery Act (RCRA) of 1976 imposes “cradle to grave” regulation requirements on generators and transporters of hazardous wastes and upon hazardous waste treatment, storage, and disposal (TSD) facilities. It also regulates underground storage tanks, medical wastes, and nonhazardous solid wastes, although the requirements for some of these waste categories are considerably less stringent than those for hazardous wastes.

RCRA was one of the early adaptors of Proof of Financial Responsibility requirements for permit holders. Under these provisions, the owners of hazardous waste treatment, storage or treatment facilities, landfills, and underground storage tanks are required to provide evidence that they have the financial resources to clean up any material from the facility that causes environmental damage, and to compensate victims for bodily injury and property damage.

Because RCRA regulations cover active but not abandoned waste disposal sites, the Comprehensive Environmental Response, Compensation, and Liability Act (CERCLA or "Superfund") was passed in 1980 to facilitate the cleanup of any abandoned or uncontrolled sites containing hazardous substances, including numerous old dump sites.

In 1973 the standard pollution exclusion was added to exclude “Non-Sudden/Gradual Exposures” while still giving coverage for Sudden/Accident exposures, but this phrasing was determined to have more than one interpretation of time, making it problematic in court.

In 1986 the Absolute Pollution Exclusion was introduced, changing the CGL policy wording to remove coverage for bodily injury or property damage that arose from the release of pollutants, regardless of whether pollutants were released quickly or gradually.

Today, the basic or unendorsed ISO policies provide very little pollution coverage, creating (often unrealized) coverage gaps for many industrial and commercial insureds, as illustrated by some of the following claims that have been denied based on pollution exclusions.

While many business types can benefit from environmental coverage, insureds in the following industries should be particularly mindful of potential pollution exposures:

These industries have many examples of claims that help illustrate the need for environmental insurance. Here are some highlights.

A homeowner’s down gradient well used for potable water was tested and found to contain total petroleum hydrocarbons. After further investigation, it was discovered that a nearby manufacturer’s property was the source of the pollutant. For more than 20 years, the manufacturer had cut sheet metal on a machine that was partially located beneath the floor of its building. During that time, lubricating oil from the machine’s moving parts had been released into the surrounding soil. Total cost of remediation and third-party bodily injury claims exceeded $5 million.

A plastics manufacturer had a waste hauler transporting its used materials to a third-party disposal site. During transportation, the hauler got into an accident, causing the truck to overturn and spill its load into a nearby stream. Under CERCLA, the commercial insured must contribute for its apportionment of the load for cleanup cost since federal law states that you own your waste from cradle-to-grave. Cost to settle the claim for the plastics manufacturer was $700,000.

A restaurant was subject to cleanup costs and business interruption expenses when a contractor they hired to build an addition ruptured an unmarked petroleum pipeline. The contractor did not have Contractor’s Pollution Liability insurance so, as the property owner, the restaurant was responsible. Total costs exceeded $700,000. In addition, lawsuits filed against the contractor caused the contractor to file bankruptcy.

A $3 million settlement was obtained for the family of a woman who died after contracting Legionnaires’ disease at a Las Vegas Hotel. The victim was celebrating her 40th wedding anniversary with her husband and inhaled the Legionella bacteria while using the hotel suite’s Jacuzzi. Lawyers for the victim’s family were able to prove that the hotel knew that the bacteria was present in the building’s water system months prior to the victim’s stay.

During an unusually heavy rainstorm, the wall of a farm’s onsite lagoon used to treat pig waste collapsed. More than 150,000 gallons of fecal waste flowed offsite onto neighboring properties and into a river. Waste cleanup costs exceeded $350,000, while third-party damage claims exceeded $75,000.​

A farmer used treated wastewater biosolids as a fertilizer in a land application process. After several months of application, heavy metals and high counts of e-coli and PFAS (polyfluoroalkyl substances) were found in the soil. The farmer was required to pay remediation costs in excess of $965,000.

For more information on how PFAS is a growing concern in environmental liability, see Forever Chemicals: Time is Running Out to Get Coverage for PFAS.

An industrial contractor dropped a piece of heavy equipment from a crane onto a pipe leading to a hydrofluoric acid tank. Acid was emitted into the surrounding atmosphere, creating a vast vapor cloud. Approximately 3,000 nearby residents were evacuated and 1,000 were treated for respiratory injuries. The court entered judgment holding the contractor 95​% liable for the accident. To date, 4,500 claims have been filed in excess of $23 million. The claims include bodily injury, property damage, lost profits and emergency response costs.

A ready-mix contractor on a jobsite washed out the chute from his truck into a nearby creek. Vegetation and aquatic life were damaged as a result. Natural resource damages totaled more than $200,000.

A vehicle developed a minor breach in the seam of a tanker carrying the chemical toluene. The driver placed a bucket under the tanker to catch the dripping chemical and called for another truck to offload. The offload truck, however, broke down enroute. Meanwhile, the stranded tanker continued to drip toluene to the point where it exceeded one gallon and reached reportable spill status. State and local officials closed the Interstate between two exits and re-routed traffic 35 miles. A nearby trailer park had to be evacuated. Costs for state and county local response units, temporary relocation of residents and remediation amounted to $285,000.

In May 2006, a CSX train derailed in Shelby County, Alabama, resulting in a soybean spill into Little Creek, which flows into Yellow Leaf Creek. According to the state, this led to the damage of aquatic life, including fish, mussels, and snails. A cooperative settlement resulted in payment of $491,976 by CSX to the Fish and Wildlife Division of ADCNR, which will be used to compensate for the investigation and value of the aquatic loss. Additionally, a portion of the settlement will support propagation and stocking efforts of freshwater species such as mussels and snails.​

Over the years, a number of specialized environmental insurance policies have been developed to address a wide range of potential pollution loss exposures. Some of the policies available include, but are not limited to:

Encourage your insureds to identify potential pollution exposures before hazards are revealed by unfortunate events.

To help your insureds consider whether they need insurance for potential pollution liability, consult with one of our experts on regulatory requirements, common industry risks and the available environmental coverages that can help mitigate surprise out-of-pocket expenses.

Transportation Pollution Liability: From Point A to B and In Between