When autocomplete results are available use up and down arrows to review and enter to select.
Resources + Insights
Apr 24, 2018 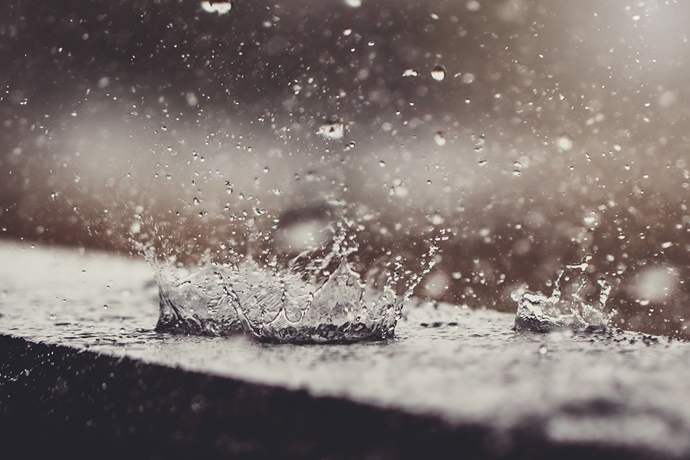 A policyholder must prove their loss. When a storm event occurs, multiple perils such as wind, wind-driven rain, wind-driven water, storm surge, and rising water often intersect which creates a very challenging environment for a policyholder to prove their loss. To complicate the process further, additional loss may ensue or arise from these perils such as fire and mold/fungus.

Whether these perils are insured by an insurance policy, and if so to what extent, depends on the terms, conditions, definitions and exclusions in the policy. It is important to remember that policy provisions between insurers are not the same.

Storm event related first-party property litigation has always been active in the courts.  First-party property litigation often occurs because insurers and policyholders interpret the wording of the policy differently. The importance of clear, unambiguous, policy wording cannot be overstated. A provision is ambiguous if it is capable of two or more meanings. The general rule is that ambiguities are held against the insurer.  However, that is not always the case. Additionally, what may appear as ambiguous wording really may not be. Insurers have been testing their wording in the courts for many years.

This article will discuss the following: (1) The difference between wind-driven rain and rising water; (2) The broad impact of using wind-driven water verbiage; and (3) the importance of clear policy wording concerning water perils.

“This policy is extended to insure damage as a result of rain or water (not constituting a Flood), whether the rain or water is driven by wind or not, that enters a building or structure insured under this policy.”

Regardless of whether the wind-driven rain coverage is silent or there is a positive grant, the policy will almost always contain provisions that seek to exclude or limit coverage from wind-driven rain. While the policyholder must prove their loss, if a policy is an All-Risk policy, the insurer usually has the burden to prove that a provision in the policy excludes or otherwise limits coverage.

“…loss or damage to the interior portion of buildings under construction from rain, sleet or snow whether or not driven by wind, when the installation of the roof, walls and windows of such buildings has not been completed.”

Another common provision, which may be stated as an exclusion or as a condition in the policy, may read like the following:

Therefore, while wind-driven rain is often a covered water peril in a property policy, the definitions, conditions and exclusions within the policy serve to erode, in whole or in part, coverage for wind-driven rain depending on the circumstances of the claim.

“A general and temporary condition of partial or complete inundation of normally dry land areas or structures caused by the unusual and/or rapid accumulation of runoff of surface waters, waves, tides, tidal waves; the release of water; the rising, overflowing or breaking of boundaries of naturally occurring or man-made bodies of water; or the spray there from, all whether driven by wind or not including storm surge. Flood also includes the backup of water from a sewer, drain, or sump caused in whole or in part by flood.”

USF&G provided a property policy to John Morgan for a cottage and a warehouse for perils including windstorm or Hurricane but excluding “…tidal wave, high water, or overflow whether driven by wind or not; nor for any loss caused by rain, whether driven by wind or not, unless the wind or hail shall first make an opening in the walls or roof of the described building…”

The question the Texas Supreme Court had to answer was: Whether if the damage to the Morgan’s cottage and warehouse was caused solely by the wind or in part by the force and wave action of rising water.

Experts were called to testify as to the wind velocity, tornadic activity, how winds might counteract the tide and “pile it up in the west end of the Old River or San Jacinto Bay, away from the insured property,” the elevation points of each structure, the maximum height of water on each point of the structures since the elevation varied within and between each structure, and the surrounding damage around the premises (e.g. tree damage – stripped bark from wind vs. water damage).

The warehouse was destroyed. The substantially damaged cottage had water which ranged from four inches to four feet deep. In fact, a rug in the north part of the cottage was dry. The jury from the lower court concluded that the damage to the warehouse and cottage was solely caused by wind and rain. The jury believed wind caused substantial damage to the buildings before the rising water ever reach the structures.  The Supreme Court of Texas ruled this was a reasonable decision. Therefore, the structures were insured.

The damage to the personal property in the structures presented a different problem – “Heavy rain was falling on the contents after the roof of the warehouse was blown off by the wind. On the other hand, they were completely inundated by the rising waters.  Some items were missing after the water subsided.” It was very difficult to determine whether the damage was caused by rising water or wind-driven falling water. As a result, damage to the personal property was not insured.

Wind-driven water would appear to be a broader category of water peril than wind-driven rain. The phrase ‘wind-driven water’ is not commonly used in policies. Instead, insurers tend to itemize types of water that are covered (or not) when the water is driven by wind such as surface water, flood and storm surge.

Logically, we think of wind-driven rain as referring to a specific source of water – falling rain. But don’t fall into the assumption trap!

Due to the multiple uses of the phrase ‘wind-driven water,’ if a property policy is not clear, an insurer may attempt to interpret wind-driven rain as being part of other wind-driven water categories and therefore limit, or exclude, coverage by classifying wind-driven rain the same as flood or other water damage. Why is this a potentially dangerous situation?

Let’s look at an example of how important policy wording is in respects to water perils and a named storm event. Who can forget Superstorm Sandy?

In New Sea Crest Health Care Ctr., LLC v. Lexington Ins. Co., No. 12 Civ. 6414, 2014 WL 2879839, at *2 (E.D.N.Y., 2014), the court had to rule whether all loss from a named storm would be within the named storm sub-limit and whether storm surge was part of the named storm sub-limit OR the much smaller sub-sub-limit of flood.  The court reiterated what multiple courts have found – that “storm surge is little more than a synonym for a tidal wave or wind-driven flood.”

In this case, Lexington included in their definition of flood – water “whether driven by wind or not.” Common wording. But then Lexington included the phrase “regardless of the number of coverages, locations, or perils involved including, but not limited to, all flood (however caused), wind, wind gusts, storm surges, tornados, cyclones, hail, or rain.”

The importance of this case lies with how common perils such as rain may be seriously limited in a property policy if the peril is part of a storm event AND the policy wording is designed to limit all coverage for the storm event.

When a storm event occurs causing multiple water perils to intersect, the challenge of proving what damages are insured will be a daunting (and expensive) task for any policyholder. If the policy wording is not clear as to what perils are insured and under what circumstances, the claim process is further complicated with potential legal disputes.