When autocomplete results are available use up and down arrows to review and enter to select.
Resources + Insights
May 18, 2022 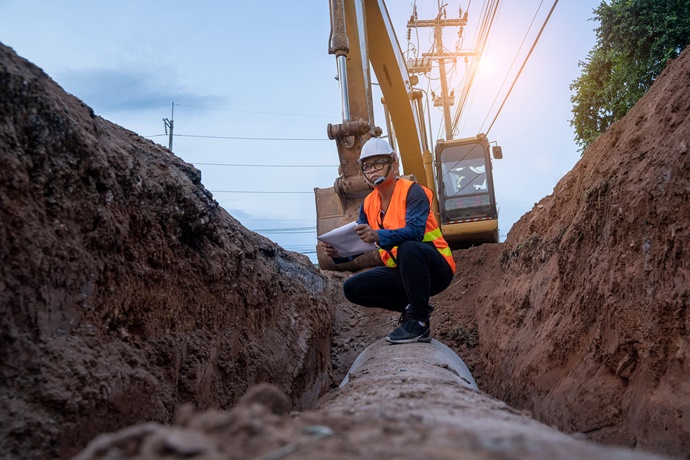 Since the 1970s, the way Americans view environmental contamination, and the responsibility of businesses to mitigate it, has continued to evolve.

The concept of pollution, once attributed largely to harmful chemicals, is now understood to come from a variety of seemingly benign sources. And, since materials don’t need to be classified as hazardous to be considered pollutants in need of remedy, every type of business is at risk .

As a result, a variety of specialized environmental insurance policies have been developed over the years to address a wide range of potential pollution loss exposures. For industries like construction with known hazards and higher risk potential, the variety of policies available can sometimes make choosing the appropriate coverage a challenging decision.

For example, some of the policies available to contractors and project owners include, but are not limited to:

With so many choices, it can be daunting for general contractors and project owners to determine which construction activities should require pollution liability insurance and which coverage types would be most appropriate for the project.

While working with an expert environmental broker is the best way to ensure the specific needs of your clients are met, retail agents can better aid their contractor clients in choosing the right policies when they know the environmental exposures contractors face, can identify the risk level of specific construction activities and understand how environmental coverages are usually applied.

Environmental exposures will differ based on a variety of factors such as project type, site location and materials used. Exposures can include, but are not limited to, the following:

While every activity involved in construction may create environmental liability, the following guide can be useful to help assess which activities are considered high, medium and low hazard.

Understanding the hazard level of specific activities can assist in determining the most appropriate coverage limits for specific types of policies.

Example Scenarios of How Policy Types Respond to Claims

To decide which policies offer the most appropriate coverages in a given situation, it’s often helpful to review past claims and how policies have responded. The following are claims scenarios that illustrate a variety of examples that did, or could have, triggered a claim.

Typically, general liability policies cover only property damage and/or bodily injury losses caused by ordinary construction methods. Professional liability policies, however, typically cover any losses that arise as the result of professional negligence, errors or omissions. This means that, under certain circumstances, they can cover costs associated with time delays, budget overruns and/or third-party property damage.

Pollution liability policies provide financial protection if pollutants are released or cause damage as a result of a contractor’s work.

A contractor was sued by subcontractors on a large hospital project for negligent construction management. The contractor didn’t schedule and coordinate the work properly which resulted in significant costs being added to the project that subs did not reasonably expect to incur. Total loss was $2 million.

A contractor burned material from a project site releasing chemicals into the air. The wind blew particulates a quarter mile to a new car dealership where the particulates corroded paint on numerous cars. Total loss of $300,000 in damages and repair costs.

A general contractor (GC) won a design-build contract for a $10 million project designing and constructing a minor league baseball team’s new artificial turf field and drainage system. The GC used a design firm with whom he had a long-standing relationship and the architect worked as sub to the GC. The GC required the architect to carry $1 million in professional liability (his standard procedure to manage exposures down to subs). The GC self-insured his own professional risk since he had no engineers on staff and didn’t feel like he took professional risk.

The project was completed on schedule and seemed like a success until the GC received a demand letter from the stadium owner. After the design and construction of the field, improper drainage began to occur. The field retained more water than expected based on the design specifications, and it was not usable until repairs could be made.

This forced the owner to delay opening and select a substitute facility, resulting in significant financial loss. The owner filed a claim for “economic” damages, among others, and for the replacement of the field and drainage system. The damages sought were more than $12 million.

Unfortunately, the design contractor had let their $1 million policy lapse, leaving the full cost with the GC who ultimately had to file for bankruptcy. If the GC had purchased a contractors professional & protective indemnity policy, he might have avoided bankruptcy.

Another of the key differences in an R/M policy is the timing of the claim—the coverage is limited to errors discovered and reported prior to substantial completion of the project. The concept of R/M coverage is to catch and remedy errors before they can cause significant damages or losses on a project, and the separate coverage keeps the limits of professional liability intact should the PL policy be needed for a third-party claim in the future.

There are a variety of R/M policies with different coverage provisions available, so it’s important to analyze policies based on the specific project needs.

A design build contractor responsible for surveying a coastal commercial property in Florida hires a surveyor to plot the points for the construction of the building and foundation. The foundation is already laid with sub-terrain electrical and plumbing complete when the contractor discovers that the surveyor failed to take the required municipal two-foot setback into account when plotting the foundation.

The delay damages claimed by the owner, however, were in the $5 million range and covered by a protective indemnity policy.

The OPPI policy was developed to provide owners of construction projects an alternative to project-specific professional liability policies. The policy covers owner costs for damages arising out of professional liability created by the design team on the project. The coverage has secured its place as a valuable excess option to owners looking to protect against the catastrophic design errors that can occur during nearly any construction project.

A university contracted a design team on the renovation of ductwork in a campus building which housed both a geo-chemistry lab and student dormitory rooms.

After renovation was complete, it was discovered that exhaust hood fan speeds were insufficient to properly vent chemical fumes through the auxiliary roof duct, and instead, fumes were entering the general building ductwork and student dormitory area, leading to health complaints from students.

These are just a few examples of the environmental exposures that contractors can face on construction projects and the types of insurance policies available to help recover the costs associated with potential risks.

In practice, an expert broker will often combine separate coverage policies to form a complete environmental insurance program that addresses the unique needs of a particular insured and/or a specific project. The experts in Amwins’ environmental specialty practice can help you determine the needs of insureds and design appropriate coverages. Reach out to your Amwins broker for an individual assessment.