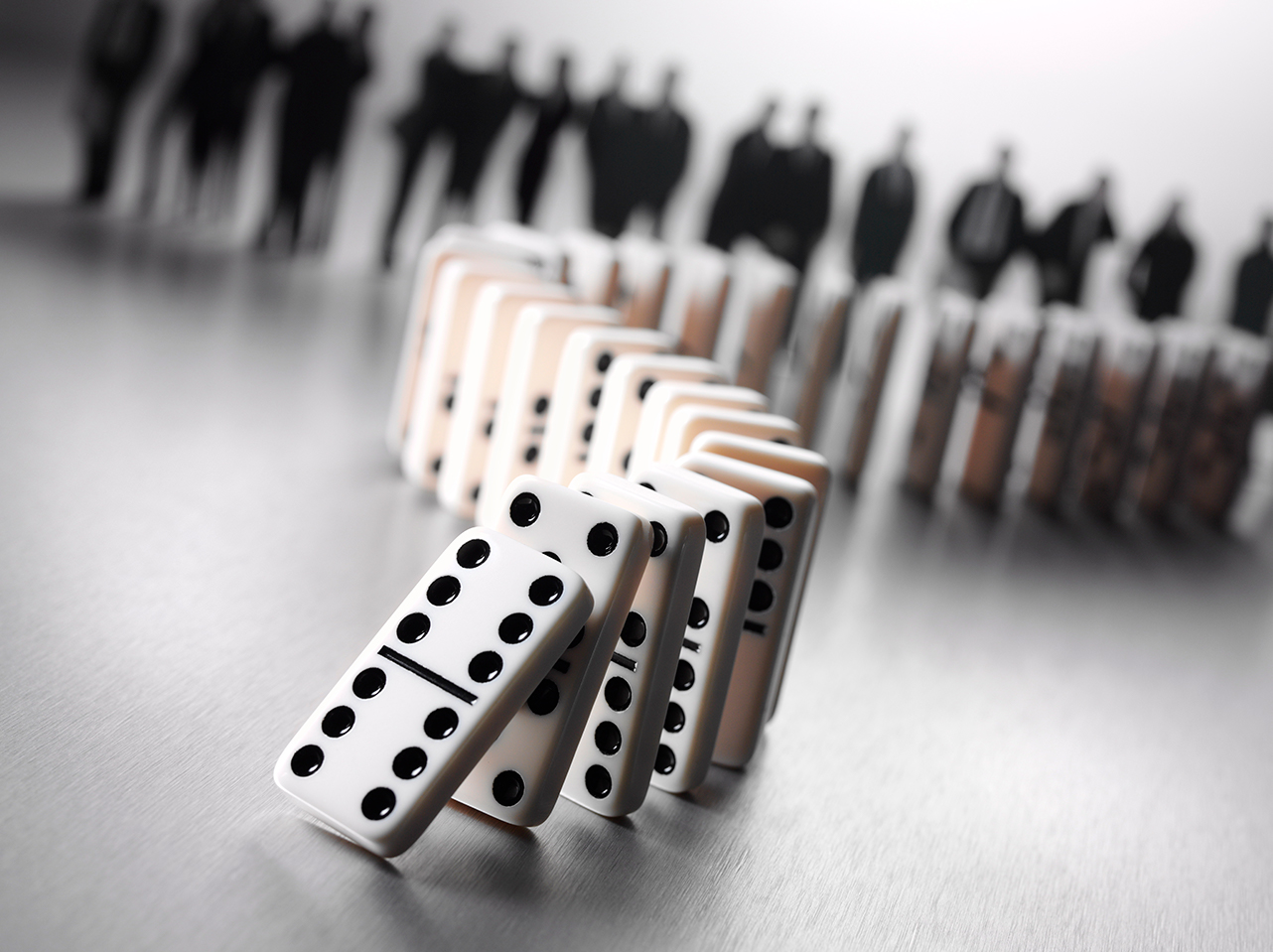 Insurance policies contain a roadmap that is combined with insurance law principles set forth by courts and state laws to determine how a policy holder will recover under the policy. We call these roadmaps ‘theories of recovery.’   There are three primary theories of recovery in property insurance:  Efficient Proximate Cause (“EPC”), the Concurrent Causation Doctrine (“CCD”), and the Anti-Concurrent Causation Doctrine (“ACCD”).

These theories are usually not labeled or easy to identify. In fact, the policy may not address them at all.  Their inconsistent application by courts across the country frustrates the coverage determination process after a claim.  This article compares the theories of recovery in a property insurance policy and outlines how favorable ensuing loss clauses are affected by these theories of recovery, resulting in additional challenges during the coverage determination process.

When there is a concurrence of multiple perils, the Efficient Proximate Cause (EPC) – the peril that will set the other(s) perils in motion – is the cause to which the loss is attributable.  This theory requires the insurance adjuster to assign blame for the loss to a primary cause.  If a primary cause of the loss cannot be discerned, some jurisdictions have determined that the EPC theory cannot be applied.

In general, the Concurrent Causation Doctrine (CCD) provides that coverage may exist when two or more concurrent perils, both insured and excluded perils, combine to cause a loss – even when the insured peril is not the efficient proximate cause of the loss.

The 1973 California case, State Farm Mut. Auto. Ins. Co. v. Partridge, has been credited as the original CCD case to which other states have referred in their decisions.  In this case, Wayne Partridge was hunting jack rabbits with two friends, Vanida and Ray.  On the day of the accident, Wayne was holding a .357 magnum with a modified trigger and went off-road when he saw a jack rabbit.  The gun accidentally went off and injured Vanida.  State Farm insured Wayne’s truck and home.  A claim was made under both policies for Vanida’s injuries.  State Farm paid out the automobile liability limits of $15,000 but denied Vanida the homeowners liability limits of $25,000 (representing the negligence associated with modifying the gun trigger), citing an automobile exclusion and the fact that the injury occurred arising from an automobile.  Litigation ensued, and the court determined that neither peril (the negligently modified trigger of the gun or the act of driving off road in rough terrain) could have created the loss alone but instead combined to cause the loss.  Therefore, both policies applied. The court could not identify the prime or EPC to determine coverage and established a new doctrine.

Concurrent causation in property insurance occurs when multiple perils combine to cause a loss.  In general, if one of the perils is a covered peril and one of the perils is an excluded peril, then the policy holder will have coverage.  Some insurers will attempt to limit this positive outcome by including language in the policy which permits only damage from the covered peril to be paid, which effectively circumvents the CCD.  Some jurisdictions will require an allocation between the insured and excluded perils, despite what the policy may imply. While the CCD theory of recovery is positive for policy holders, insurers have found ways to limit the application of the CCD.

The Anti-Concurrent Causation Doctrine (ACCD) states that loss or damage caused in part by an excluded peril renders the entire loss not compensable, regardless of any other cause or event that contributes concurrently or in any sequence to the loss.  This provision serves to deny coverage whenever insured and excluded perils combine to cause the loss.  This theory was designed to contract around the CCD.  Some states will limit or even prohibit the use of ACCD provisions.

ACCD provisions are commonly applied to specific perils within a property policy and not to all perils insured by the policy.  For example, assume that a flood is caused by the failure of a city to maintain their sewer systems.  Although the policy might insure for the peril of flood, flood will not be insured if caused by acts or decisions of a government.

In a 2015 Supreme Court of Texas case, JAW The Point, LLC. v. Lexington Insurance Company, the court denied ordinance & law coverage for an apartment complex in Galveston after Hurricane Ike.  The Lexington policy insured for the peril of wind but excluded flood.   The preamble to the Lexington policy exclusions included the following:

“We will not pay for loss or damage caused directly or indirectly by any of the following.  Such loss or damage is excluded regardless of any other cause or event that contributes concurrently or in any sequence to the loss.”

“[T]he only species covered under [a policy with an anti-concurrent causation clause] is damage caused exclusively by wind.  But [when] wind and water synergistically cause the same damage; such damage is excluded.”

How punishing the ACCD provision is depends on where it is placed in the exclusions.  Is the ACCD in the preamble (introduction) to the exclusion section, thereby applying to all exclusions, or is the ACCD applicable only to specific exclusions?

For example, the property policy may include an exclusion for faulty construction, materials and design.  An example of an ensuing loss clause exception would be:

The Ensuing Loss Clauses and Theories of Recovery Dilemma

Since a policy provision is not the same as a controlling rule of insurance contract interpretation, it would be dangerous to assume that an ensuing loss clause exception to an exclusion always means the ensuing loss is covered.  Theories of recovery will play a role in how the policy will respond to an ensuing loss exception.  Given the complexity of this analysis, it is easy to understand why there are legal claim disputes.

A 1992 Supreme Court of Washington case, McDonald v. State Farm Fire & Cas. Co, demonstrates how a theory of recovery and ensuing loss provision interact.  The foundation of a home built in 1984 cracked and was severely damaged in 1986 and 1987 when the soil along the home slid down a hill after heavy rains.  State Farm denied the claims, citing foundation cracking, earth movement and faulty workmanship/materials were excluded.  McDonald asserted that there was an ensuing loss provision attached to the faulty workmanship and materials exclusion; therefore, ensuing loss from the faulty construction should be covered but not the cost to fix the faulty work.  The state of Washington applied the Efficient Proximate Cause (EPC) theory of recovery.

The trial court found the EPC was the faulty workmanship and materials used in the construction of the home.  The ensuing loss of earth movement and foundation cracking were excluded perils under the policy.  The trial court denied coverage to the McDonalds.  The Court of Appeals reversed the trial court, citing the ensuing loss provision to the faulty workmanship and materials exclusion granted back coverage.  But the appellate court ignored the wording in the earth movement and foundation cracking exclusions, which stated that there was no coverage for earth movement or foundation cracking where negligent construction or defective materials ‘directly or indirectly’ cause the loss.  The Supreme Court overruled the appellate court and denied coverage.  The EPC must be a covered peril, and the ensuing loss must not otherwise be an excluded peril.

We can learn two valuable lessons from this case: (1) theories of recovery and ensuing loss provisions must be analyzed together and not separately.  (2) The policy must be read in its entirety before coverage determinations are made.

As if this discussion was not complex enough, consider how an ensuing loss provision might apply when there is an anti-concurrent causation provision on the policy. Would the anti-concurrent causation provision apply to exclusions with ensuing loss exceptions and thereby possibly render the ensuing loss provisions moot in the event of multiple perils contributing to a loss?  If so, then the exception carveout to an exclusion may be swallowed by the theory of recovery and defeat the original purpose of having the exception.

The theories of recovery, as well as the ensuing loss provisions, contained in property insurance policies are often complex and, at times, seemingly in conflict. Although a policy many not directly address these theories, their application by courts plays a significant role in the coverage determination process after the claim. It is essential that brokers understand the primary theories of recovery – Efficient Proximate Cause, the Concurrent Causation Doctrine, and the Anti-Concurrent Causation Doctrine – in order to navigate the challenging post-claim process and effectively serve their clients.