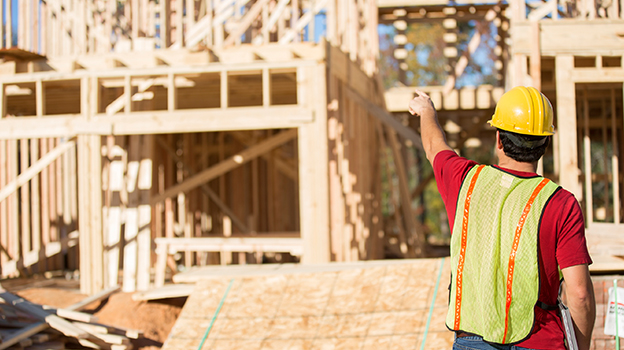 Construction Defect Claims: Statute of Limitation and Statute of Repose

In an effort to curtail, control, and provide certainty in construction defect litigation, state legislatures have enacted provisions to control the timeliness of construction defect suits through statute of limitation and statute of repose provisions. A “Statute of Limitation” commences at the time of discovery of the defect or injury. As an example, a homeowner who lives in a state with a three year statute of limitations discovers water damage to hardwood floors resulting from a window leak has three years from the date of discovery to file an action. In contrast, a “Statute of Repose” commences at a date certain and acts as an ultimate bar to claims regardless of the date of discovery. The statute of repose will begin to run at an ascertainable date set forth by statute, such as the date that title is passed or the date of occupancy. Using the same example above, assuming a ten year statute of repose, if the homeowner discovered the water damage eight years after the project was completed, the homeowner would have only two years to file the action.

Each state has enacted statute of limitation and statute of repose provisions that the builder, contractor, broker and insurer should be aware. The applicable period for filing suit can vary by injury type and, in some instances, the parties may limit the applicable time limitation period by contracting around it. Consideration should also be given to insurance coverage after project completion. The applicable statute of limitation and statute of repose should be considered when obtaining insurance coverage for a project because some carriers may not agree to provide coverage spanning the entire period of repose. In Maryland, for example, the statue of repose bars construction defect claims after twenty years, yet many carriers will not provide coverage beyond ten years.

Furthermore, some states impose other statutory schemes that also act to control the period for filing suit. Many states have enacted “Right to Repair” statutes, which also set forth the applicable statute of limitation. Generally, Right to Repair statutes concern residential construction – not commercial construction. As an example, in California, the “Right to Repair Act” imposes separate limitations. For example, Cal. Civil Code§ 896 (a)(17), imposes a ten-year period commencing at the point of substantial completion in which a suit for defects in the bath, shower, and related waterproofing systems for leaks into the wall interiors, flooring systems, or other components’ interiors may be brought. While § 896(g)(7) imposes a one-year period commencing at the close of escrow in which a suit for drainage defects may be brought when there is damage to external improvements, § 896 (a)(9) imposes a ten-year period commencing at the point of substantial completion for a claim of drainage defects where there is water or soil erosion entering or contacting the structure and causing damage to another building component. The particular statute of limitation period imposed is specific to a wide variety of defects and ranges from one year from close of escrow to ten years after substantial completion to the component’s useful life.

Arizona
A claim based in contract arising out of the design, specifications, surveying, planning, supervision, testing, construction, or observation of construction of an improvement is subject to an eight-year statute of limitation. These actions are subject to a nine-year statute of repose where the defect is discovered or injury occurs in the eighth year after substantial completion.1

Colorado
A claim arising out of the design, planning, supervision, inspection, construction, or observation of construction of any improvement of real property is subject to a six-year statute of limitation. These claims are subject to an eight-year statute of repose commencing on the date of substantial completion where the action arises in the fifth or sixth year of ownership.2

Florida
A claim arising out of the design, planning, or construction of an improvement to real property is subject to a four-year statute of limitation and a ten-year statue of repose. The statute of repose runs from the later of several dates certain (date of possession, date of issuance of a certificate of occupancy, etc.).3

Nevada
Effective February 24, 2015, a claim arising out of the design, planning, supervision, or observation of construction or construction is subject to a six-year statute of repose, which commences on the date of substantial completion.4

Texas
A claim arising out of the design, planning, or inspection of construction of an improvement to real property or equipment attached to real property is subject to a ten-year statute of repose. The statute of repose begins to run at the date of substantial completion of the improvement or the beginning of operation of the equipment. This period may be extended for two years if the claimant presents a written claim for damages.5

Washington
A claim arising out of the construction, alteration, repair, design, planning, survey, engineering, etc. of improvements to real property is subject to a six-year statute of repose that commences on the date of substantial completion.6 Notably, in Washington State Major League Baseball Stadium Public Facilities District v. Huber, Hung & Nichols-Kiewit Constr. Co. (2013) 176 Wash. 2d 502, the court refused to bar the State’s claim even though the statute of repose had expired.


Responding in large part to the increase in construction defect litigation, the state legislatures have enacted provisions to provide certainty and to limit the time in which a party may bring suit for a defect claim. It is important that the practitioner is aware of the applicable statute of limitation and statute of repose for their jurisdiction7 as well as the interplay of those statutes with other provisions.

ABOUT THE AUTHOR
Mr. Glucksman is a founding partner of Chapman, Glucksman, Dean, Roeb & Barger which has offices throughout California. Mr. Glucksman is an AV Preeminent Rated Lawyer with Martindale-Hubbell, which is the highest rating available. He has been named “Super Lawyer” for the last 8 years, including 2015. He is well known in the construction and business legal community for his representation of builders, developers and business clients.