When autocomplete results are available use up and down arrows to review and enter to select.
Resources + Insights
Jun 14, 2022 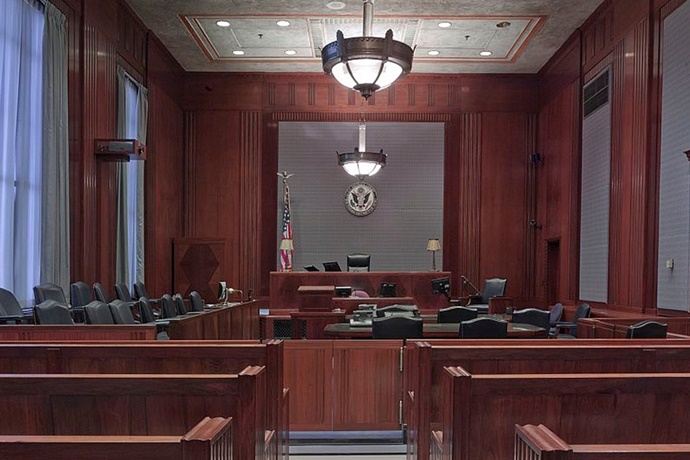 As insurers look to shield themselves from potential “nuclear” verdicts (large settlements and judgements from sympathetic juries), many carriers are either limiting the capital they deploy within certain classes of business or tightening terms and conditions around certain tort-based liability claims, for example, assault and battery (A&B), or sexual misconduct/molestation (SML).

This targeted hardening in the market has made it difficult for some classes of business to find desired coverages for their risk exposures and one of the most dramatically impacted groups has been public entities.

State and local public entities provide crucial community services such as schooling, law enforcement and social care, and like any business or organization constantly engaged with the public, their activities put them at liability risk for unintentional harm to people and property.

For years, this system of available immunities and tort caps has worked in the state court system to create effective borders around prospective awards by a plaintiff against a public agency. With a solid history of controlled payouts (and no fear of nuclear verdicts), many public agencies didn’t need to seek high limits for liability insurance.

Now, however, plaintiff’s attorneys are seeking ways to challenge the application of public entity immunity to create pathways to the federal court system where there are not necessarily bright-line caps for damages.

This has made purchasing liability insurance a whole new ball game for public entities in states that traditionally had significant limitations on the dollar amounts that can be awarded to a plaintiff.

Retail brokers can best serve their public entity clients by better understanding this trend and helping their clients work strategically with underwriters to secure the coverages they desire.

Tort protections for public entities are determined on a state-by-state basis, and typically serve as the first level of defense that public entities will deploy if a claim for damages is filed against them.

In addition to granting immunity from tort-based liability claims, many states also apply specific caps for damages, which legislators will adjust over time and in line with inflation. Like the individual tort claims legislation, the caps for damages vary by state.

Certain states, like Arizona, Alaska, California, Connecticut, Hawaii, Illinois, Michigan, Virginia, Washington, New York and New Jersey offer no legislatively effected damage caps for public entities facing tort-based liability claims. Meanwhile, other venues like Alabama, Colorado, Texas and Florida have significant damage caps on what could ultimately be levied upon and paid by a public agency—on both a per person and per occurrence basis.

One of the common tactics plaintiff’s attorneys use to bypass state tort protections is making novel civil rights assertions under the U.S. Constitution. This strategy allows cases to be heard in federal court where there are not necessarily bright-line caps for damages, and plaintiff’s counsel can get their attorney fees awarded as part of those damages.

Public entity liability issues being heard in the federal court system is not a new phenomenon. For example, employment practices liability cases have a clear path into the federal system if a public agency is accused of violating federal employment laws.

What is new is heightened media attention around civil rights concerns and the media’s focus on plaintiff’s attorneys using Section 1983 to broaden what type of action can get into the federal courts. Section 1983 of Title 42 of the U.S. Code provides an individual the right to sue state government employees and others acting “under color of state law” for civil rights violations under certain circumstances.

For example, if a public K-12 school district is involved in a sexual abuse claim, there are elements of Section 1983 that could apply and create a civil rights violation. This is called “state-created danger,” and it generally applies if there were affirmative, culpable acts that exposed individuals to a specific danger and resulted in harm.  That is, it requires more than mere negligence.

Although this approach to avoiding state tort caps has been around for the past decade, it’s starting to pick up steam with the alignment of more successful outcomes, social inflation, and the escalation of claim severity trends, especially around sexual abuse.

What Can Public Entities Do?

For public entities, awareness of this trend allows for some proactive preparation, including the following:

Public entities aware of the possibility of such claims can prepare for a prospective defense within the federal system. This gives public entities more control over the direction and the narrative of the early stages of their defense strategy, as well as how they prepare their evidence, discovery, and even their defense counsel selection. If there’s the potential for a constitutional rights violation or a civil rights federal environment, public entities will need a defense attorney who is familiar with the application of federal laws.

From a buyer’s perspective, the risk of a nuclear verdict influences the assessment, selection and purchase of appropriate limits of liability to protect an agency. Public agencies in what have historically been relatively well-protected tort cap venues may not have traditionally bought significant limits of liability. But now, because of this increasing trend, we’re seeing public agencies request options for increased limits, especially for law enforcement.

For underwriters, much of the calculation to establish premium cost is based on the historical loss data available. If that data has been largely developed out of one court system, and then there’s a migration towards a different court system that allows for increased damages, that must be taken into consideration within actuarial models and selections. Ultimately, the premiums they charge, and potentially the retentions they set, may need to change.

Retail agents should take a collaborative approach throughout the underwriting process, and one of the often-underutilized resources is consulting with experienced carrier claims adjusters who work in the public entity space. These individuals tend to be specialists because the product is unique, and a lot of them work on a national portfolio, so they’re able to see federal trends differently than perhaps someone who’s working within one state.

When it comes to these types of emerging issues, the collaboration of all stakeholders—retail brokers, wholesale brokers, underwriters, claims adjusters, and risk managers—is key. It not only ensures that the clients have access to the insurance coverages that best meets their needs, but also creates long-term benefits in terms of relationship building and shared knowledge for future renewals.

Statute of Limitations Changes Cast a Shadow on Public Entities