When autocomplete results are available use up and down arrows to review and enter to select.
Resources + Insights
Jan 15, 2015 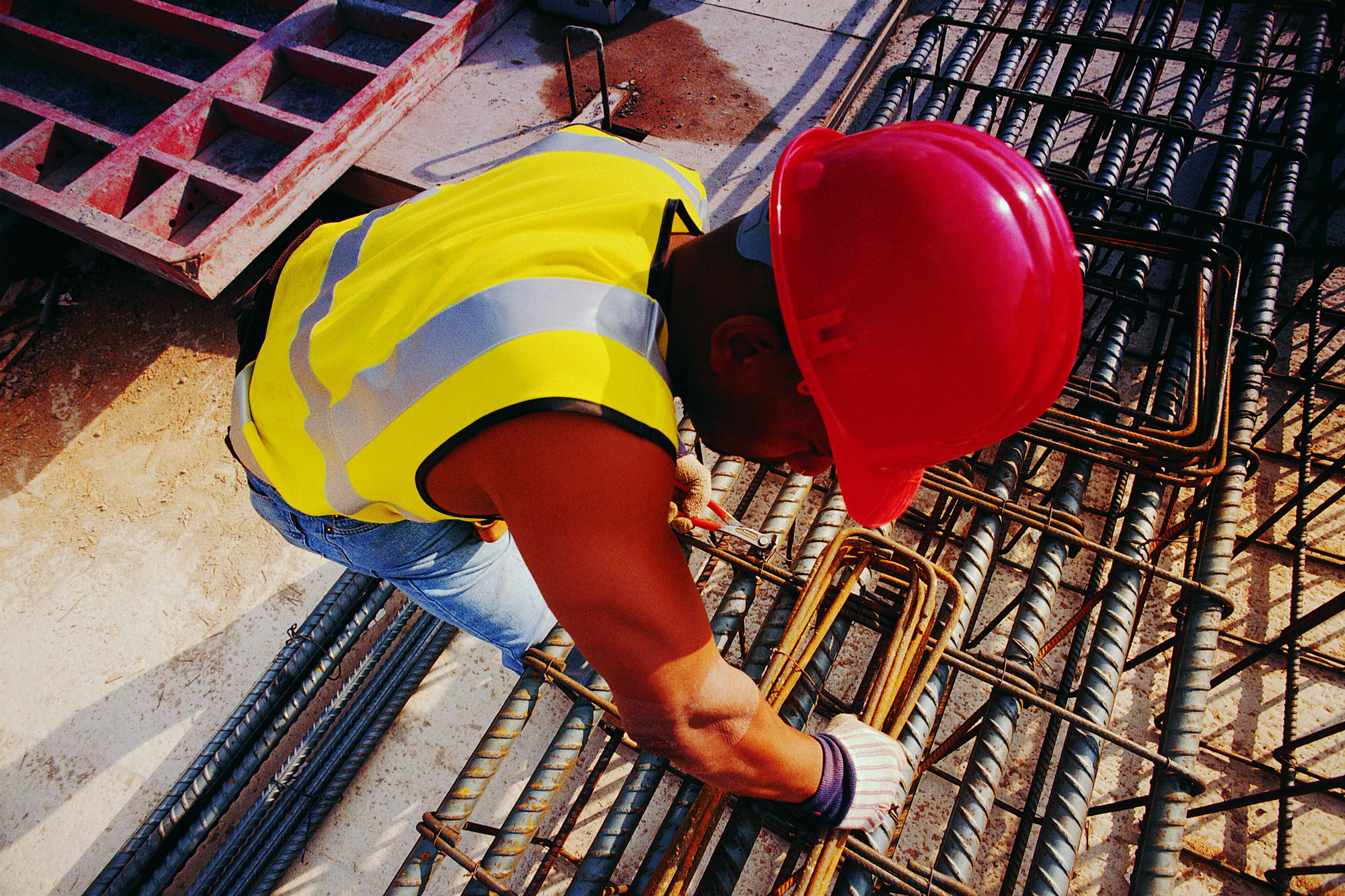 Litigation over whether a Commercial General Liability insurance (CGL) policy provides coverage for faulty workmanship claims is rapidly evolving. Since 2012, six state supreme courts (CT, WV, ND, AL, GA, and OH)1 have ruled on whether faulty work can be an “occurrence;” whether the cost to repair the damage to the work constitutes “property damage”; how the “your work” exclusion and the subcontractor exception applies and whether providing such coverage converts a CGL policy into a bond. In addition, a few states have enacted legislation mandating CGL policies to define “occurrence” to include property damage resulting from faulty workmanship.2
Of the six rulings, only the Supreme Court of Ohio ruled definitively against coverage, holding “claims of defective construction or workmanship brought by a property owner are not claims for ‘property damage’ caused by an ‘occurrence’ under a commercial general liability policy….” Westfield Ins. Co. v. Custom Agri Sys. Inc. 979 N.E.2d 269 (Ohio 2012)
Is Faulty Workmanship an Occurrence? Although all of the rulings are nuanced, the other five states’ supreme courts have generally ruled that faulty workmanship can be an occurrence under the CGL policy. Rejecting the argument that faulty workmanship is foreseeable and therefore never fortuitous, the Supreme Court of Connecticut observed:

"The defendant argues that defective construction lacks the element of ‘fortuity’ necessary for an accident. This suggests that a foreseeable event can never be an accident under the terms of the commercial general liability policy. Insurance policies, however, are designed to cover foreseeable risk, including negligent acts. Accordingly, because negligent work is unintentional from the point of view of the insured, we find that it may constitute the basis for an ‘accident’ or ‘occurrence’ under the plain terms of the commercial general liability policy.” Capstone Building Corp. v. American Motorists Ins. Co. 67 A.3d 961 (Conn. 2013)"

Addressing the oft-cited argument that property damage to the work itself can never be an occurrence as an occurrence necessarily involves damage to property or work of someone other than the insured, the Supreme Court of Georgia made this pithy observation:

"Imagine, for instance, that someone speaks of a person falling unexpectedly and unintentionally from a ladder. They likely would describe the fall as an ‘accident,’ regardless of whether it was the speaker himself who fell, or someone else. Just because the speaker referred to the fall as an ‘accident,’ no regular speaker of the English language would infer from that reference alone that it must have been someone other than the speaker who fell.” Taylor Morrison Services, Inc. v. HDI-Gerling America Ins. 746 S.E.2d 587 (Ga. 2013)


“There is nothing in the definition of ‘occurrence’ that supports that faulty workmanship that damages the property of a third party is a covered ‘occurrence,’ but faulty workmanship that damages the work or property of the insured contractor is not an ‘occurrence.’ The CGL policy does not define an ‘occurrence’ in terms of the ownership or character of the property damaged by the act or event. Rather, the policy asks whether the injury was intended or fortuitous, that is, whether the injury was an accident.” K&L Homes v. American Family Mut. Ins. Co. 829 N.W.2d 747 (N.D. 2013)

The “Your Work” Exclusion. A substantial amount of the litigation regarding construction defects concerns the very existence of the “your work” exclusion and the subcontractor exception to that exclusion. On the one hand, the existence of exclusions and their exceptions do not create coverage. On the other hand, a determination that faulty workmanship can never be an occurrence and thus not covered by the CGL renders the “your work” exclusion meaningless – it would serve no purpose in the CGL policy.
"The import of the ‘your work’ exclusion and its subcontractor exception is not that the exclusion ‘creates’ coverage. Rather, the import is that the exception lends insight into the baseline definition of ‘occurrence’ from which parties and courts interpreting CGL policies should operate. If the definition of ‘occurrence’ cannot be understood to include an insured’s faulty workmanship, an exclusion that exempts from coverage any damage the insured’s faulty workmanship causes to its own work is nugatory. If, on the other hand, the definition of ‘occurrence’ does include an insured’s faulty workmanship, such an exclusion functions as a meaningful ‘limitation or restriction on the insuring clause.’” K&L Homes v. American Family Mut. Ins. Co. 829 N.W.2d 747 (N.D. 2013)

The interpretation and construction of the “your work” exclusion and the subcontractor exception were concisely explained by the Supreme Court of Connecticut:
"All ‘property damage’ arising out of an ‘occurrence’ is therefore initially excluded by the ‘your work’ exclusion. The ‘subcontractor exception,’ however, restores coverage for subcontractors’ work which caused damage under the insuring agreement of the policy. Whether the ‘work out of which the damage arises’ was performed by a subcontractor is a matter of fact, to be determined in each case.” Capstone Building Corp. v. American Motorists Ins. Co. 67 A.3d 961 (Conn. 2013)

CGL as a Bond. The five supreme court rulings generally have rejected that notion that allowing coverage under the CGL policy for faulty workmanship would result in the CGL being converted into a bond. First, the interpretation of one insurance policy (or bond) is independent of another. In other words, whether or not the CGL might be viewed as a bond is not relevant to interpreting the terms and conditions of that CGL policy – the coverage provided by a CGL policy is not affected by other insurance or bonds. Second, the differences between a bond and an insurance policy are numerous, not the least of which is the principal being bonded is expected to indemnify the surety for amounts paid under a bond – a concept foreign to liability insurance. Consider the following:
“One could no sooner ‘turn’ a CGL policy ‘into’ a performance bond by finding that it covers faulty workmanship than one could ‘turn’ a dog ‘into’ a canary by placing it in a bird cage.” Brief of Amicus Curiae United Policyholders May 12, 2004.

As construction defect litigation continues to progress, the trend appears to be in favor of coverage, albeit in various forms. Three of the supreme courts corrected prior precedent. Of particular note is the commentary of the Supreme of West Virginia regarding the need to revisit its prior rulings:

"Despite this Court’s express holdings that a CGL policy does not provide coverage for defective workmanship, we are acutely aware that, after we rendered these rulings, many other courts also considered this issue and rendered their own rulings. While we appreciate this Court’s duty to follow our prior precedents, we also are cognizant that stare decisis does not require this Court’s continued allegiance to cases whose decisions were based upon reasoning which has become outdated or fallen into disfavor.
With the passage of time comes the opportunity to reflect upon the continued validity of this Court’s reasoning in the face of juridical trends that call into question a former opinion’s current soundness. It has been said that ‘wisdom too often never comes, and so one ought not to reject it merely because it comes late.’” Cherrington V. Erie Ins. Property & Cas. Co. 745 S.E.2d 508 (W.Va. 2013)
According to many commentators, the majority rule is now that faulty workmanship may be considered an “occurrence” that results in “property damage,” but is subject to the “your work” exclusion and, if applicable, coverage is reinstated by the subcontractor exception. However, great care should be exercised in drawing any sweeping conclusions from any perceived trends, in part because cases are always fact specific, and in part because the specific ruling of one court is often subtlety different from another court’s ruling.

For example, while the Supreme Court of Georgia does recognize that damage to the work itself may be an “occurrence” under the CGL policy, coverage is limited to property damage to other “nondefective property or work” of the insured.
After all, ‘property damage’ as that term is used in the standard CGL policy necessarily refers to property that is nondefective, and to the damage beyond mere faulty workmanship – property or work that is inherently defective because it was produced by faulty workmanship cannot be said to have been ‘physically injured’ by the very faulty workmanship that brought it into being in the first place.” Taylor Morrison Services, Inc. v. HDI-Gerling America Ins. 746 S.E.2d 587 (Ga. 2013)

This distinction may prove to be very important. As an illustration, should a subcontractor misread the plans and install two by four inch joists when the plan calls for two by six inch joists, the cost to remove and reinstall the proper joists is not covered by the CGL as there is no property damage. However, if the joists result in the collapse of the structure, the general contractor, whose work is the entire house being built, would have coverage for the damage to portions of the general contractor’s work (due to the subcontractor exception) that was not otherwise defective.
AmWINS Editorial Note
AmWINS casualty brokers are continually monitoring evolving case law and are well versed in the issues surrounding construction defect. Please contact your AmWINS casualty broker with any questions or for additional information.
1  Capstone Building Corp. v. American Motorists Ins. Co. 67 A.3d 961 (Conn. 2013); Cherrington V. Erie Ins. Property & Cas. Co. 745 S.E.2d 508 (W.Va. 2013); K&L Homes v. American Family Mut. Ins. Co. 829 N.W.2d 747 (N.D. 2013); Owners Insurance Company v. Jim Carr Homebuilders, LLC, 2014 Ala. LEXIS 44 (Ala. March 28, 2014) application for rehearing overruled June 27, 2014; Taylor Morrison Services, Inc. v. HDI-Gerling America Ins. 746 S.E.2d 587 (Ga. 2013); Westfield Ins. Co. v. Custom Agri Sys. Inc. 979 N.E.2d 269 (Ohio 2012)
2  Arkansas, Colorado, Hawaii, South Carolina