When autocomplete results are available use up and down arrows to review and enter to select.
Resources + Insights
Sep 21, 2017 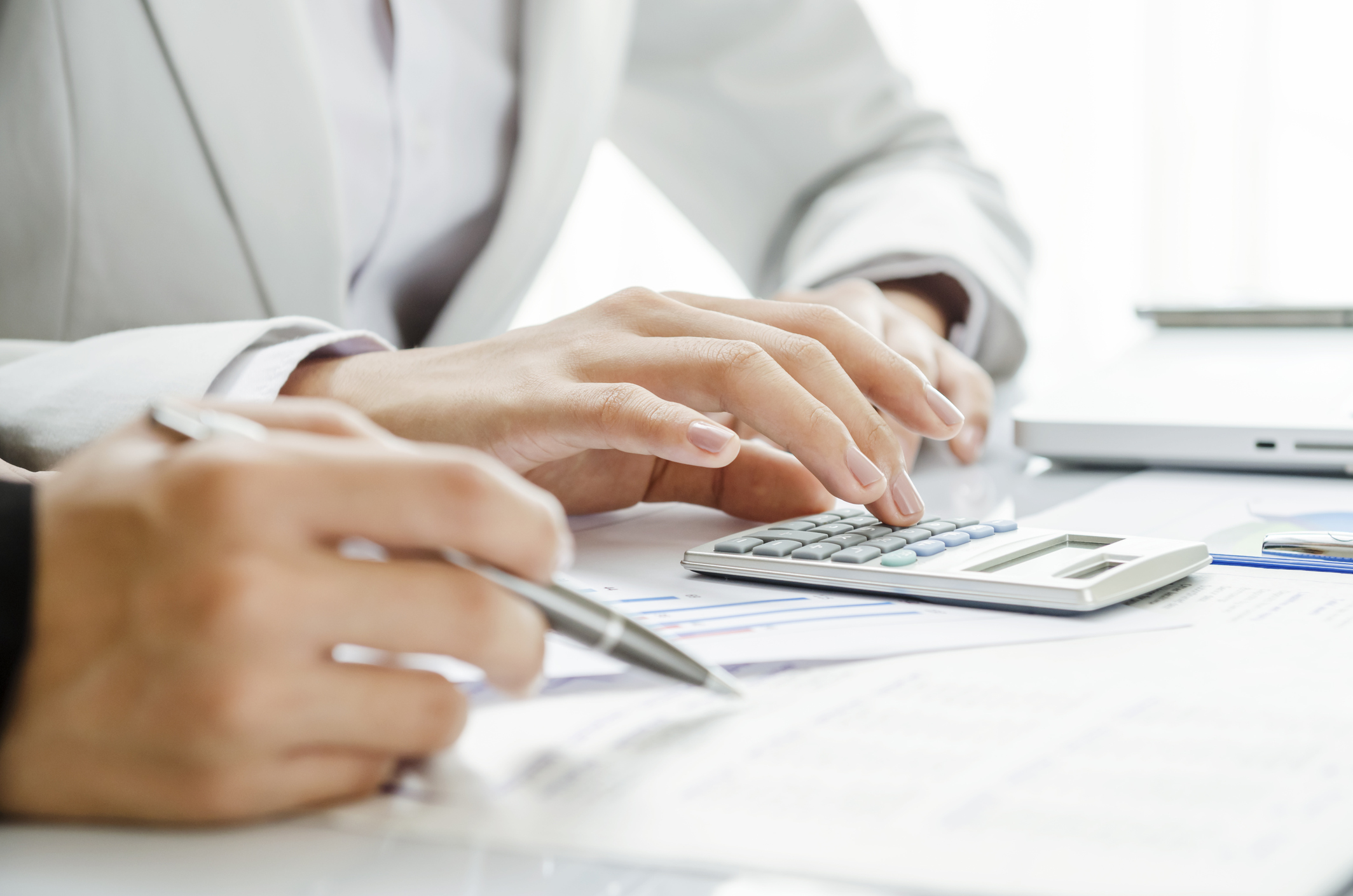 Flynn has been investing in commercial real estate for some time now. He owns, under his real estate corporation, over 50 buildings located in the city, as well as the nearby suburbs. His real estate portfolio consists primarily of leased retail and office space, with some service occupancies, as well. Flynn is preparing to purchase another building in the city and is arranging a mortgage with a new lender – More Money Lending. To his surprise, the lender has rejected an insurance binder obtained by his risk manager, Allie, from his insurance agent. More Money does not accept building insurance with coinsurance – and the binder given to More Money lists coinsurance with a percentage of 90%.

Coinsurance As Flynn relies on his risk manager, Allie, to understand his insurance coverage, he has never read his insurance policies. But now he is alarmed by “coinsurance,” as it seems to Flynn – based on his limited dealings with health insurance – that his insurance company will never pay more than 90% of any loss that he has, regardless of the amount or limit of insurance he has purchased. This sounds problematic, and he immediately arranges to meet with Allie and his insurance agent, Donna, to discuss this matter.

Coinsurance Explained At Flynn’s request, Allie and Donna explain the concept of coinsurance. At the outset, they make clear to Flynn that coinsurance in property insurance is not the same as the 80/20 cost sharing in some health insurance policies. Instead, in property insurance, coinsurance generally means Flynn must purchase a certain limit of insurance on his building – the limit purchased must be no less than a denoted percentage of the full value1 of the building. Here, the percentage is 90%. Because Flynn did obtain, as part of his due diligence, a professional appraisal that determined the replacement value of his building as $5 million, Allie and Donna tell Flynn that he must purchase a limit of no less than 90% of $5 million or $4.5 million. If he does not purchase a building limit of at least $4.5 million, Flynn will face a penalty as a “co-insurer.”

The Coinsurance Penalty Allie refers Flynn to the pages of his property insurance policy, which provide two straightforward illustrations of the concept of coinsurance – including the penalty for being underinsured and what constitutes adequate insurance.2 Allie suggests to Flynn an example using his situation as a hypothetical – what would happen if he purchased less than 90% of the $5 million limit? Let’s say that Flynn bought a limit of $3 million (the amount of his loan principal). If Flynn then had a relatively small covered loss – say a $200,000 water damage loss caused by a broken pipe – he would be penalized as a coinsurer. He would be penalized because the insurer would, at the time of the loss, calculate whether Flynn had complied with the coinsurance condition.

The Coinsurance Formula To determine compliance with the coinsurance condition, the insurer would first ascertain the replacement cost of the building ($5 million) and then note the coinsurance percentage (90%) on the policy – and thus conclude that Flynn should have purchased $4.5 million ($5 million times 90%). But Flynn (in the hypothetical situation) did not meet the coinsurance condition – the limit purchased was $3 million, not the $4.5 million limit that he should have bought. The insurer would compute the coinsurance penalty by dividing the limit Flynn did purchase ($3 million) by the limit he should have purchased ($4.5 million), thereby yielding a percentage of 66%. This percentage (66%) would then be multiplied by the amount of the water damage loss ($200,000), producing a loss payable of $133,333, which is further reduced by Flynn’s deductible. The result is that Flynn would suffer a coinsurance penalty of $66,666 and he would be a 33% “co-insurer.” After further discussion, Flynn now understands the coinsurance formula – did (purchase) divided by should (purchase) may result in reduction in payment for even small or partial losses.

Blanket Building Limit Allie now refers Flynn to a third example3 in the policy regarding coinsurance – how coinsurance is determined if the policy is written with a blanket limit. Flynn’s commercial insurance policy provides a blanket limit for all his buildings, with one limitation that Allie promises to explain later.

A blanket limit4, according to Allie, means that one limit applies to more than one type of property or one limit applies to the same type of property but to more than one location (or both). As Flynn is insuring only the buildings, the blanket limit in his situation applies to the same type of property (buildings) over numerous locations. One limit of $250 million applies to all of Flynn’s listed buildings (again, with one exception). The benefit of this approach becomes evident to Flynn. In the event of certain5 covered losses to one or more of Flynn’s listed buildings – such as may be caused by a hurricane – Flynn has up to $250 million of insurance (in most instances).

Coinsurance and Blanket Limits Blanket limits change the calculus of coinsurance. While the formula is the same – did divided by should times the loss – with a blanket limit, the insurer must determine compliance with the coinsurance condition using total aggregate values. In Flynn’s case, for the insurer to calculate whether he has met the coinsurance condition, the insurer must use the $250 million limit (did), ascertain the insurance limit required (should), which is 90% of the full replacement value of all Flynn’s buildings (an onerous undertaking at best) and then multiply that percentage by the $200,000 water damage loss. As Allie points out, this provides more room for error – if a few buildings are a bit underinsured, but some others are over insured, the chance of applying a coinsurance penalty are reduced.

The explanation is this: for these two locations, the insurer will not pay up to the $250 million blanket building limit, but instead will pay no more than values last reported for each building multiplied by the percentage shown in the Margin Clause endorsement. While the percentage ranges from 105% to 130%, Flynn’s policy lists in the Margin Clause endorsement 120% for each of the two buildings (reported as locations #16 and #42.) If the building at location #16 was reported as $3 million and location #42 was reported as $6 million, the true limit applicable to each location is $3.6 million ($3 million times 120%) and $7.2 million ($6 million times 120%).7 The effect of the Margin Clause in Flynn’s policy has been to eliminate these two locations from receiving the benefit of the full $250 million blanket building limit.

More Money’s Error – The Agreed Value Optional Coverage At the end of the discussion regarding coinsurance and the blanket building limit, as well as the margin clause limitation, Donna addresses More Money’s rejection of the binder. While the binder does show a 90% coinsurance, More Money failed to notice the coinsurance condition did not apply to any building on Flynn’s policy – the binder clearly listed that Flynn had purchased the Agreed Value optional coverage.8 Donna will explain to More Money that the agreed value option effectively suspends the coinsurance condition to the end of the policy period and that More Money should accept the binder, as the 90% coinsurance condition does not apply to the new building. Donna tells Flynn the agreed value option was provided to Flynn only because the insurer believed the values reported for each building were a reasonably accurate estimate of the full replacement value of each.

Conclusion  While policyholders should strive to provide the insurer with complete and accurate values for buildings (and business personal property) that are the subject of insurance, policyholders also should understand the basic workings of the coinsurance condition, including the potential penalties for underinsurance, as well the purpose of the agreed value option, blanket limits and margin clauses, if applicable. Even a cursory review of the basic illustrations found in the coinsurance condition of the Building and Personal Property Coverage Form should inform any policyholder of the penalties of underinsurance and thus the need for adequate insurance.  Stated differently, no special skill or expertise in insurance is needed to make sense of the coinsurance illustrations – taking only a few minutes to read the examples provided in every Building and Personal Property Coverage Form9 should suffice.