When autocomplete results are available use up and down arrows to review and enter to select.
Resources + Insights
Apr 25, 2019

Causation and its Implications in First-Party Insurance 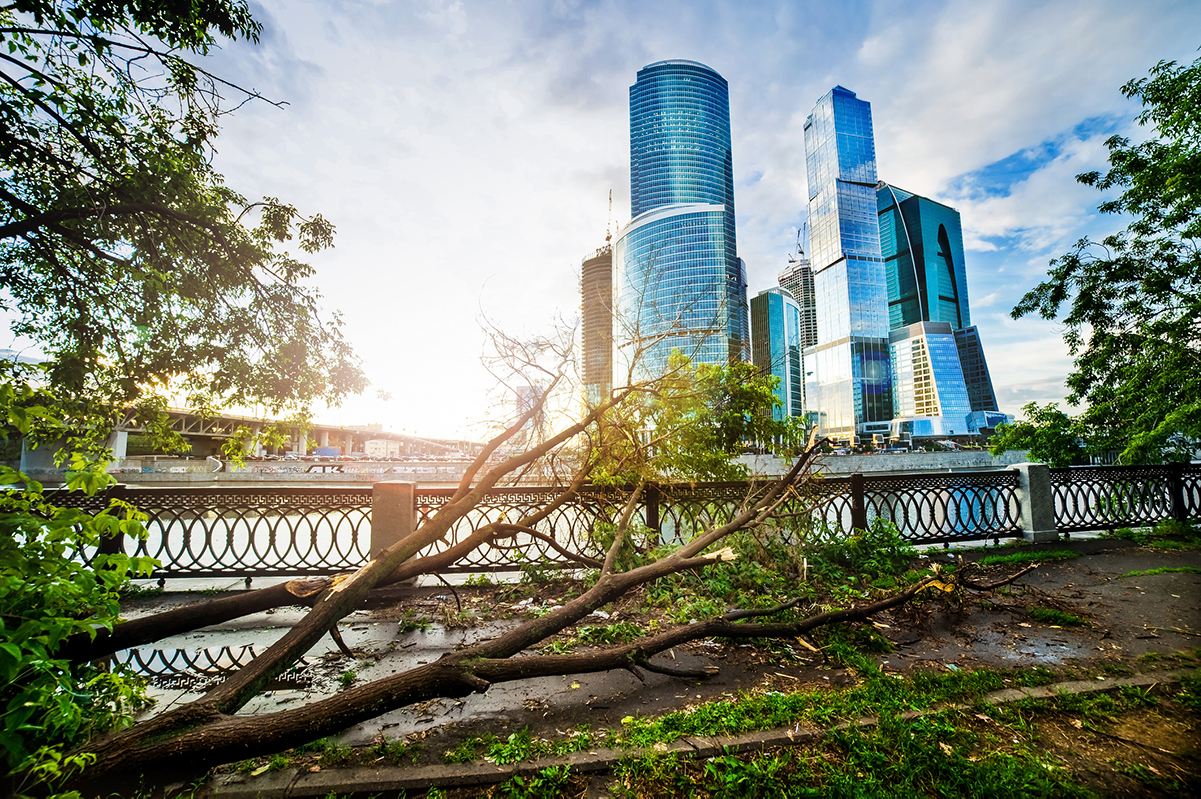 A large tree from an abutting property fell on Chelsea’s Sunbeam Nursery School last night, severely damaging an entire wing of the building. Thankful that no children or teachers were in the school when this happened, Chelsea reports the incident to her insurance broker, Nick, with one overriding question – this disaster is covered by my policy, right?

Chelsea has purchased building insurance as part of typical commercial property insurance coverage – ISO’s Building and Personal Property Coverage Form including Causes of Loss – Special Form.  As this seems to be a rather straightforward coverage matter, Chelsea and Nick are both surprised that the adjuster for Sunbeam’s insurer, Brookline Mutual Insurance Company (“Brookline”), spends hours inspecting the tree, particularly the soil around its roots. When asked whether the tree falling is a covered cause of loss, the adjuster equivocates – the coverage depends on what caused the tree to fall. According to a subsequent letter from Brookline’s adjuster, the insurer has determined that tree has fallen due to a mudslide occurring on the adjacent property and denies coverage because of the Water exclusion.1 Is the insurer correct?

For example, Sunbeam’s commercial property policy excludes loss by theft. Imagine a scenario in which, at the end of a school day, the last teacher leaving the building does not properly shut the door. A gust of wind later blows the door wide open, allowing thieves to walk into the school and steal various expensive hand-held computer devices, among other supplies.

In this instance, although the wind did blow the door open, alerting thieves they could enter and remove items, the wind is a remote cause – it merely set the stage by making the theft possible. The wind did not cause the theft. Thus, even though wind contributed to the loss, the wind is not a predominant or efficient proximate cause. The efficient proximate cause is an excluded cause – theft.

The case of Florida homeowner John Sebo effectively illustrates the doctrine of concurrent causation. Sebo owned a home that had major construction and design defects, allowing water intrusion throughout the house. Further damage was caused by wind when Hurricane Wilma struck Naples in October 2005. Rain (water intrusion), hurricane winds and defective construction combined to destroy Sebo’s home. As Florida has adopted the CCD, Sebo’s policy provided coverage even if some of the contributing causes were excluded from coverage.8

Insurers may “contract around” the effect of either the efficient proximate cause doctrine or the concurrent causation doctrine by adding an “anti-concurrent causation” preamble to certain 9 exclusions. Typically, the language states: “We will not pay for loss or damage caused directly or indirectly by any of the following. Such loss or damage is excluded regardless of any other cause or event that contributes concurrently or in any sequence to the loss.”10

A few states, such as California, have ruled that the anti-concurrent causation (“ACC”) wording is unenforceable to the extent that it nullifies the efficient proximate cause doctrine.11 However, many states recognize that the efficient proximate cause doctrine 12 or the concurrent causation doctrine 13 will give way to the actual policy wording, finding the ACC valid.

Where enforceable, the ACC wording can substantially limit coverage. For example, consider a building that is heavily damaged when the slab cracks due to soil erosion beneath the building. In this instance, the soil erosion was caused when water from the plumbing system broke and the water from the pipe washed away the compacted soil. Although the water from the broken pipe was a covered cause and was actually the efficient cause of the loss (i.e. it set in motion the series of events that led to the damage to the house), the ACC clause negated coverage. In short, it did not matter if a covered cause resulted in or contributed to the excluded cause of soil conditions. The loss to the building caused by soils conditions [Earth Movement] was excluded “regardless of any other cause or event that contributes concurrently or in any sequence to the loss.” The policy provided no coverage for any damage to the building because the slab cracked due to soil erosion.

Let’s revisit our first claim scenario -- does Sunbeam Nursery School have coverage for the damage by the falling tree? That depends on the facts, the doctrine adopted in Sunbeam’s jurisdiction (efficient proximate cause or concurrent causation doctrine), and whether the ACC clause applies. Of course, the events that actually caused the loss are facts that must be determined on a case-by-case basis, often based on expert testimony and reviewed by a jury.

If the concurrent causation doctrine was applied in lieu of the efficient proximate cause, and again assuming the insurer’s determination of the facts were correct, as a covered cause (a falling object) combined with an excluded cause (mudslide) to create the loss, the policy would provide coverage because at least one cause of the loss is a covered cause. This result could change, however, as the ACC clause does apply to the mudslide or Water exclusion. In this instance, the excluded cause of mudslide [Water] did contribute indirectly to the loss by causing the tree to fall. If the courts interpret the ACC clause to “preclude any recovery in all instances in which an excluded cause contributes to the loss,”14 Sunbeam’s loss is excluded if the ACC clause is enforceable.

But what if a jury found that Brookline Mutual was incorrect in its factual determination and there was not a mudslide at the adjacent property but merely very wet soil? In such an instance, the outcome could change completely. The wet soil might be deemed a remote cause,  not a predominant or proximate cause. The wet soil may have only set the stage for the incident, making it possible for the tree to fall.15 Based on this set of facts, the only cause is the falling tree – a covered cause. If the court determined there was no mudslide, the ACC clause would not apply, since a mudslide did not contribute – directly or indirectly – to the loss.

5 Texas view of concurrent causation is limited: “Under the doctrine of concurrent causes, when covered and non-covered perils combine to create a loss, the insured is entitled to recover that portion of the damage caused solely by the covered peril.” Texas Windstorm Insurance Association v. Dickinson Independent School District, 2018 WL 2436924 (Tex. App. – Houston [14th Dist.] May 31, 2018).

9 Some insurers use non-ISO first party forms and apply the anti-concurrent causation wording to all policy exclusions.

11 “Policy exclusions are unenforceable to the extent that they conflict with section 530 and the efficient proximate cause doctrine.” Julian v. Hartford Underwriters Ins. Co. 110 P.3d 903 (Cal. 2005) at 653

12 “If the pollution exclusion has been listed in the general exclusion section, following this preamble [ACC preamble], an insured plainly would be foreclosed from invoking the train of events rule.” Jussim v. Massachusetts Bay Ins. Co. Supra at 31.

13 “…AHAC explicitly wrote other sections of Sebo’s policy to avoid applying the CCD. Because AHAC did not explicitly avoid applying the CCD, we find the plain language of the policy does not preclude recovery in this case.” Sebo v. American Home Assurance Company, Inc. Supra at 700. See also, “…the highest courts in Texas and Florida recently found that ACC clauses are valid.” Kevin T. Kavanagh, Wilson Elser, Claims and Concurrent Causation Issues in the Wake of Hurricane Harvey and Irma, Lexology, September 28, 2017, page 2.