When autocomplete results are available use up and down arrows to review and enter to select.
Resources + Insights
Feb 16, 2021

Builder’s Risk Insurance and the Defects, Errors and Omissions Exclusion 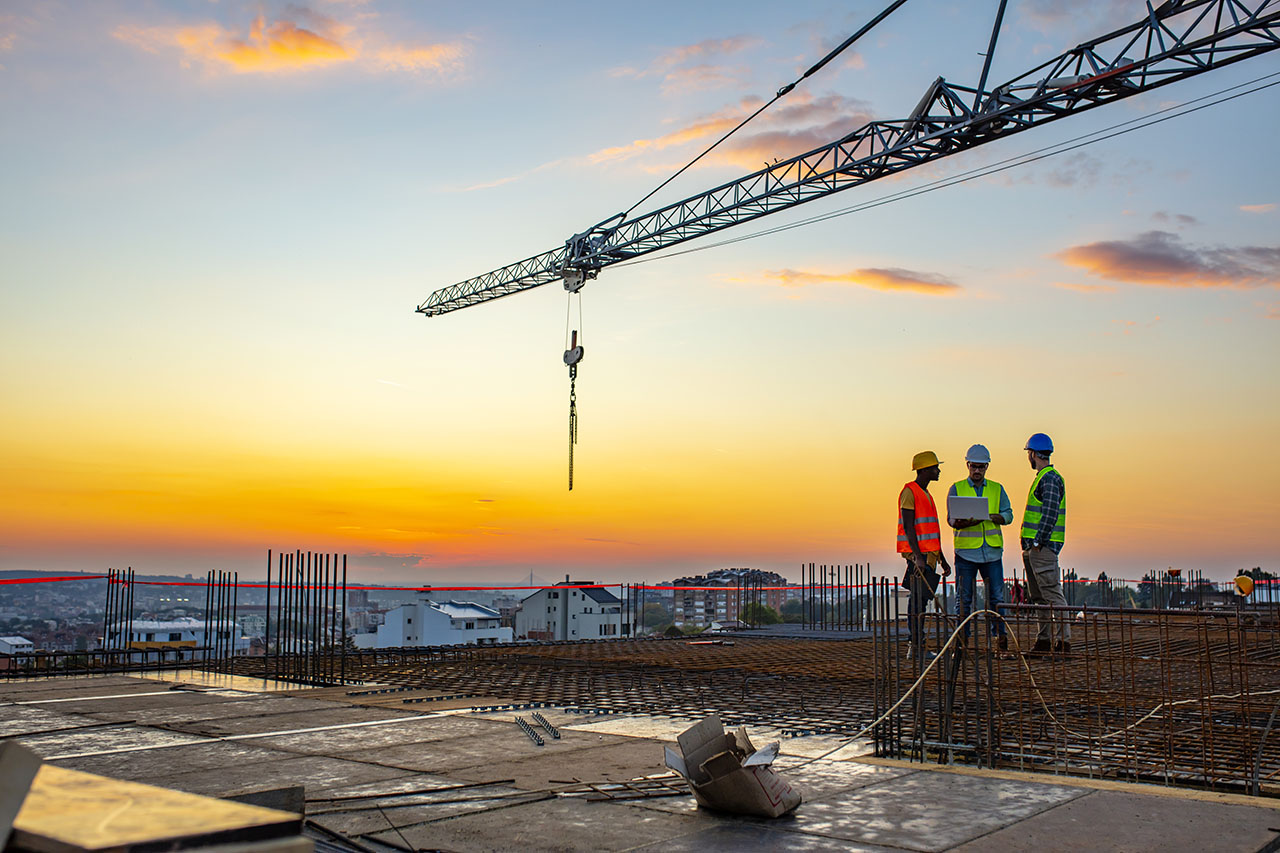 The center of the controversy is a builder’s risk policy exclusion, entitled “Defects, Errors and Omissions.” This exclusion reads:

We do not pay for loss or damage caused by or resulting from an act, defect, error, or omission (negligent or not) relating to:

What Happened. In order to renovate a high-rise building located in downtown Hartford, Connecticut, the owner engaged general contractor Viking Construction, Inc. Viking, in turn, engaged subcontractor Armani Restoration, Inc. to clean the concrete façade of the building. Armani cleaned the façade by using crushed glass when power washing the concrete, but inadvertently damaged 1,800 of the building’s windows, causing over $4 million of damage to the windows. The owner had purchased builder’s risk insurance2 on the project and submitted the loss resulting from the damage to the windows to the builder’s risk insurer. Although Armani was not engaged to renovate the windows, the insurer denied coverage for damage to the windows, citing the above “Defects, Errors and Omissions” exclusion from the owner’s builder’s risk policy. The coverage denial was challenged and litigation soon followed.

The Ruling. While the Connecticut Superior Court ruled in favor of coverage, despite the fact that the claim was not for the cost of making good defectively performed renovations but rather for damage to a part of the project that was not part of the renovation – the windows – the Appellate Court of Connecticut3 reversed. After determining that the damage to the windows was “related to” the renovation, the Appellate Court found “…that the ordinary meaning of the terms in the policy indicates the exclusion applies to the windows.” In other words, the policy excluded damage to the entire project if the damages were in any way “related” to any act of renovation – eliminating any coverage for damage caused by any of the hazards arising from renovations.

But what of the exception to the exclusion – the ensuing loss clause?

Ensuing Loss. The “Defects, Errors and Omissions” exclusion was subject to an exception:

But if an act, error or omission as described above results in a covered peril, we do cover that loss or damage caused by that covered peril.

Is the damage to the windows better described as loss resulting from an error, omission or deficiency in workmanship? Even if the answer is in the affirmative, that fact alone did not restore coverage via the above exception.

Known as the resulting loss or ensuing loss clause,4 the Court found “On the basis of the plain language of the resulting loss clause in the present case, a loss caused by an act during a renovation will be covered if the act causes a covered peril, such as a fire, and that latter peril damages the building.” The Court went on to explain that ensuing loss clauses only apply to a loss caused by a “separate and independent peril.” The exception reinstates coverage only if an excluded peril causes a covered peril, which in turn, results in a loss. Using the Court’s fire example, if the renovation of the concrete façade caused a fire – the fire would be the separate and independent peril – the ensuing loss clause would reinstate coverage only for the damage caused by the fire.

Cleaning of the building’s façade was part of the renovation. The renovation itself – essentially anything related to renovating – was deemed an excluded peril. As the power washing the concrete façade was the sole and direct cause of the damage to the windows – there was no separate and independent peril. The ensuing loss clause did not reinstate coverage.

What Happened. A developer of an office building in Houston, Texas, engaged Balfour Beatty as a general contractor to build what was known as the Energy Center 5. Balfour Beatty hired subcontractor Milestone Metals, Inc. to erect structural steel, stairs and ornamental steel. After welding a two-inch metal plate to external tubing on the eighteenth floor, Milestone learned that slag5 had fallen down the side of the building, causing damage to glass windows on the lower floor. The developer, who had obtained builder’s risk insurance as required by the contract documents, submitted the loss of over $600,000 caused by the falling slag to the builder’s risk insurer. The insurer denied coverage – citing the Defects, Errors and Omissions exclusion; the wording was identical to the exclusion used in Viking. Litigation over the coverage followed.

The Ruling. The United States District Court, S.D. Texas, Houston Division6 and the United States Court of Appeals, Fifth Circuit7 upheld the insurer’s coverage denial – despite the insureds’ argument that the purpose of a builder’s risk policy is to cover this type of claim. The District Court opined that even if that were true – the builder’s risk policy was indeed intended to cover a claim for falling slag – it was “unavailing…in light of what this specific contract [builder’s risk insurance policy] actually says.” The District Court went on to point out that “Texas law does not recognize coverage because of ‘reasonable expectation’ of the insured’” and concluded “In sum, the Court finds that the Defects, Errors and Omissions exclusion applies based on the plain language and excludes Plaintiffs’ claim.”

Ensuing Loss. The District Court ruled that granting coverage under the ensuing loss would result in the exception swallowing the exclusion and further that the exception “suggests that there needs to be at least two loss events.” In finding for the insurer, the District Court decided “In this case, there is only the excluded peril, namely the act relating to construction.”

Only the coverage dispute regarding interpretation of the ensuing loss exception was appealed to the Fifth Circuit. The Fifth Circuit found the Viking decision persuasive, citing in part the Viking case when noting “As the cases below demonstrate, an ensuing loss provision…is only triggered when one (excluded) peril results in a distinct (covered) peril, meaning there must be two separate events for the exception to trigger. The falling slag is not an independent event that resulted in a covered peril. Instead, the falling slag during the welding operations constituted damage, caused by the act of construction or installation, to the exterior glass. Further, even if the falling slag is separable from the welding operations, it is not a ‘covered peril.’” And also “Put differently, to trigger this provision, there must be some distinct peril that arises as a result of the excluded peril, and the subsequent peril must be a covered peril.” Here, the Fifth Circuit added further clarity to the ensuing loss provision, citing another case it had decided. The resulting damage exception was not triggered unless the excluded peril results in “damage that is different in kind” form the excluded peril.

In conclusion, the Fifth Circuit found the welding project did not result in a separate covered peril as the welding and the attendant falling slag was itself the peril. There was only one cause for the loss in this case – the welding operations. The ensuing loss provision did not reinstate coverage.

The obvious is worth stating – insureds purchase builder’s risk insurance in the first instance because they are engaged in construction, renovation or repair – they would not otherwise need such a policy. For a builder’s risk policy to be drafted in such a way that very reason for its existence is labeled as an excluded peril is nonsensical. To be clear – this is not a faulty workmanship exclusion, as the exclusion applies to any loss or damage relating to all workmanship, all construction, all repair, all renovation, whether faulty or not.

To be sure, the insureds in Balfour Beatty argued that enforcing an exclusion that swept so broadly converted the policy from an “all risk” to a “no risk” policy. But as the District Court pointed out, the policy still covers certain risks – including certain acts of nature or God. But not acts of construction.

In fact, the insurer in Balfour Beatty offered to the District Court a hypothetical (presumably in addition to the peril of fire) that was intended to demonstrate the ensuing loss exception could afford some coverage. The hypothetical was that if construction caused holes in windows, and a subsequent rainstorm caused water to enter through the holes and damage the interior, then there would be an excluded peril (the act relating to construction) resulting in a covered peril (water entering through the holes and damaging the interior) – the interior water damage, but not the windows, would be covered. This hypothetical strains credibility. First, as the Viking decision made clear, the ensuing loss exception gives back coverage only if the excluded peril causes the resulting covered peril (“…will be covered if the act causes a covered peril…” [italics added]). The holes in the windows certainly did not cause the rainstorm. Second, the policies issued in both matters did not define a peril, much less a covered peril. Rain or water damage as perils can be easily dismissed as not being covered perils under the policy.

As observed by Connecticut Superior Court Justice Moukawsher in Viking, when initially granting coverage and ruling against the insurer, “If the policy words ‘relating to renovation’ mean any damage of any kind that happens during renovation, it’s not covered. But that would make buying a builder’s risk policy with a renovation endorsement relatively pointless. It wouldn’t cover any part of the renovation since everything that happens on the job would in a literal sense be ‘related’ to the renovation.” Indeed. Presuming the courts have correctly decided these coverage matters, rejecting builder’s risk insurance that contains the Defect, Error and Omission exclusionary wording seems a necessary step to avoid a yawning gap in coverage.

2 The builder’s risk insurance purchased included a Rehabilitation and Renovation Coverage Endorsement that extended coverage for damage to the existing building undergoing renovation.

5 Slag consists of the molten metal particles ejected in the process of welding – footnote 3. Fifth Circuit.

3 Exposures to Consider on a Builder's Risk Insurance Policy

Construction Defect Claims: Statute of Limitation and Statute of Repose