When autocomplete results are available use up and down arrows to review and enter to select.
Resources + Insights
Jul 20, 2021

Beware of Changes to the Employers’ Liability Exclusion 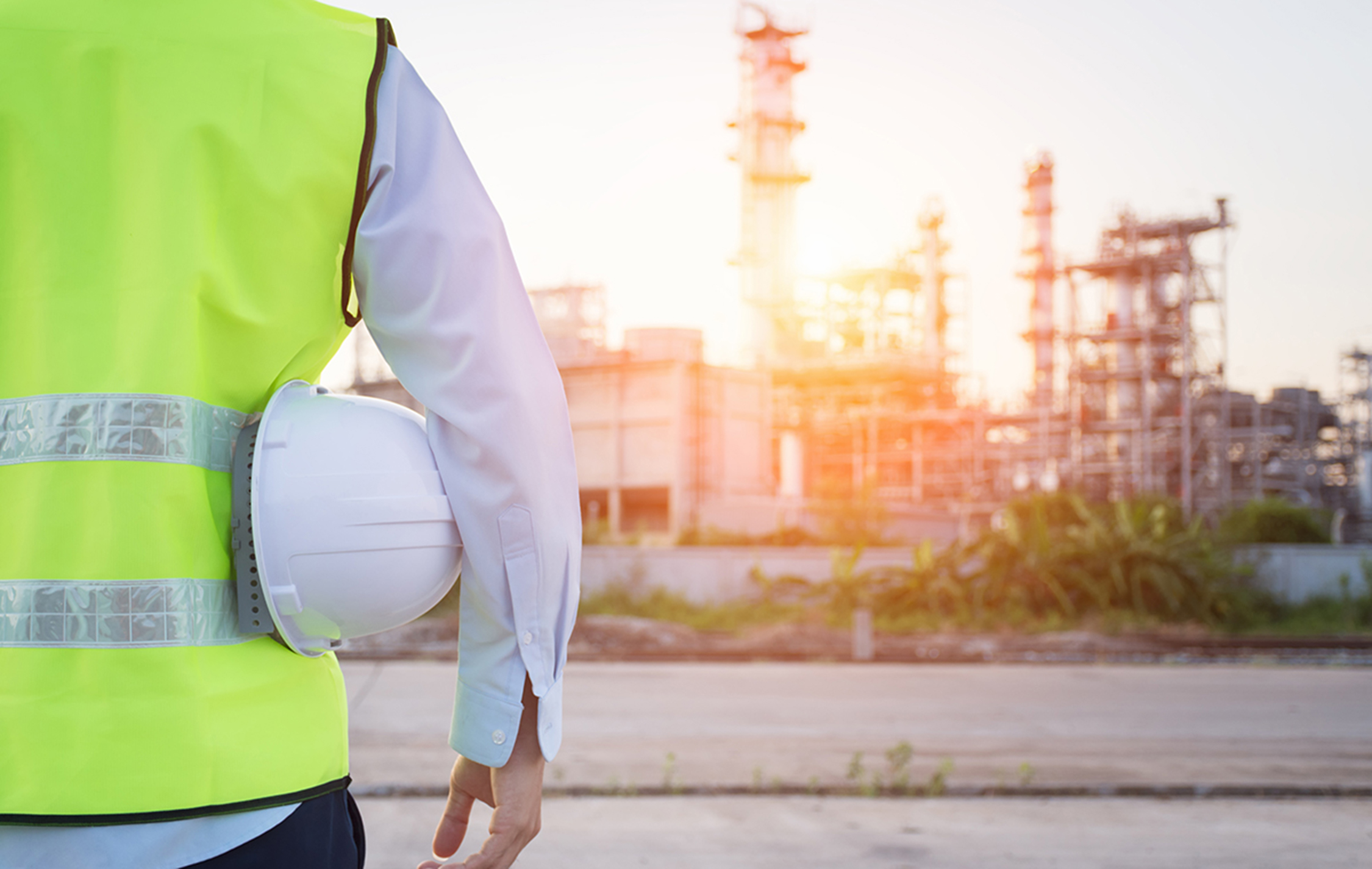 Even when you follow all the necessary safety guidelines and precautions, accidents and worker injuries can happen on a construction jobsite. And when you have numerous sub-contractors involved, who is held liable for paying worker injury claims can get complicated quickly. This article details how the Employers’ Liability exclusion works in a Commercial General Liability policy through a hypothetical claims scenario and why its important to thoroughly review and understand this wording, especially when changes are proposed.

Managing Injuries to the Employees of Others. Of course, third parties are well aware that they are likely to be targeted with claims or suits by the injured employees of others. The traditional way3 to manage this situation has been for the third party to require the others to indemnify or reimburse the third party for damages resulting from employee injuries of others. This requirement to indemnify is known as “contractual indemnification” because the obligation to indemnify the third party is found within a written contract or agreement – specifically a hold harmless and indemnification clause of that written contract or agreement.

Background. General contractor Day Builder’s, Inc. has entered a trade contract with subcontractor Knight Plumbing, LLC, in which Knight agrees to hold harmless and indemnify Day for jobsite injuries that result, at least in part, from Day’s fault. In essence, Knight has assumed liability for injuries to its own employees that would be partly the fault of Day. In other words, the hold harmless and indemnity agreement used here is a risk financing technique in which Knight has agreed to pay damages for which Day has some responsibility. Subsequently, an employee of Knight, Jonathon, is seriously injured on the jobsite. Jonathon is paid workers’ compensation benefits, including his medical expenses and lost wages (subject to the state weekly maximum).

Third-Party Claim. Because his workers’ compensation benefits do not pay his full damages, such as pain and suffering and loss of consortium, Jonathon brings a tort suit against Day Builder’s, Inc. He alleges that Day breached its duty to keep the jobsite safe. Upon learning of Jonathon’s lawsuit, Knight’s workers’ compensation insurer files a lien against the damages that Jonathon may recover from Day. The suit against Day by Jonathon is a third-party claim.

Action Over Claim – Contractual Indemnity. When Jonathon’s suit is tendered to Day, Day in turn demands that Knight hold harmless and indemnify Day for the damages resulting from Johnathon’s injuries. In its demand for indemnity, Day cites the specific wording of the hold harmless and indemnity clause in the trade contract between Knight and Day. This contractual indemnity claim by Day is known as an “action over” claim.

Action Over Claim – Common Law Tort Claim. In addition to the demand for contractual indemnification, Day also tendered a common law tort claim against Knight, alleging that Knight was at fault in causing injury to Jonathon by not providing appropriate safety equipment to Jonathon. In other words, Day is asserting that even if it had some fault in causing Jonathon’s injuries, Knight also had some fault, and that Knight is obligated to pay back Day for some or possibly all of the damages resulting from Jonathon’s injuries.

The CGL Policy. The CGL purchased by Knight is the ISO Commercial General Liability Coverage Part with an edition date of April 2013, and a number of endorsements not pertinent to this claim. In determining FFIC’s coverage position, the claims adjuster recalls that the CGL policy is never intended to pay for injuries to the employees of the named insured – in this case, Knight Plumbing, LLC. After a quick look at the policy’s Employers’ Liability (EL) exclusion (exclusion e), the adjuster sends a coverage denial letter on behalf of FFIC to Knight, denying the coverage for the claim in its entirety (both the demand for contractual indemnity and for common law tort claim) based on this exclusion.

The EL Exclusion. A closer reading of the CGL’s Employers’ Liability exclusion, found within the body of CGL itself, does exclude bodily injury to an employee of the insured “arising out of and the course of: Employment by the insured.”4 Further, the penultimate paragraph of the exclusion states that the EL exclusion applies “even if the insured is liable as employer… to share damages with or repay someone else who must pay damages because of the injury.”5

In this scenario, both the contractual indemnification claim and the common law tort claim are demanding that Knight reimburse Day some or all of the damages payable to Jonathon from his injury – falling directly within the penultimate paragraph quoted above.

Claim Adjuster’s Mistake. While it may appear that the complete denial of coverage is correct, it is wrong because the adjuster failed to read the last paragraph on the exclusion. It is an exception to the exclusion that states “This exclusion does not apply liability assumed by the insured under an ‘insured contract.’”6  The importance of this sentence is enormous, and easily overlooked or changed.

Insured Contract Exception. By virtue of the hold harmless and indemnity agreement, Knight had indeed assumed the liability of Day in an “insured contract”7 as defined in the CGL policy. The result is that the Employers’ Liability exclusion did not apply to the demand for contractual indemnification – Knight’s CGL policy applied to the extent that Knight was liable to Day according to the terms of the agreement.

However, the adjuster was correct in denying coverage for the common law tort claim against Knight as the liability that Day sought to impose on Knight was “liability imposed by law in the absence of any contract or agreement”8 and thus completely excluded by the Employers’ Liability exclusion. In short, the employers’ liability exclusion of the CGL applies to tort claims.

AIC’s Response. You may recall that Knight tendered the common law tort claim to its Workers’ Compensation and Employers’ Liability insurer – AIC. The likely defense asserted by AIC on Knight’s behalf would involve AIC challenging Day’s right to make a tort claim against Knight in the first instance. Exclusive remedy commonly prohibits not only direct suits by an employee against an employer, but often prohibits tort-based action over claims.

The reason for the prohibition is that exclusive remedy is intended to relieve the employer from employee injury tort claims – whether brought directly by the employee or by third parties. However, if the common law tort claim was allowed to proceed, Employers’ Liability insurance, found in the Workers’ Compensation and Employers Liability insurance policy, that would have, subject to all its terms and conditions, defended the tort claim and paid damages on behalf of Knight if Knight was found legally obligated to pay damages for Jonathon’s injuries.

This article is intended to illustrate the importance of the “insured contract” exception to the Employers’ Liability exclusion in the CGL policy. Accordingly, attempts to amend this exclusion should be a red flag for any policyholder.

However, it is not unusual for an insurer to try and avoid this exposure entirely by removing the “insured contract” exception to the Employers’ Liability exclusion. Because the exception is but one sentence in a much longer exclusion, removal of the exception may go entirely unnoticed or unappreciated. Of course, as in the illustration above, this one sentence may be the difference between payment of damages and an uncovered claim.

Therefore, beware of changes to the Employers’ Liability exclusion of the CGL policy – and any similar changes to this exclusion in an excess or umbrella policy.

1 A tort usually alleges a breach of duty, claiming the breach of duty caused the employee’s injury. The employee seeks damages that result from the injury. Negligence is the most common tort.

7 The pertinent portion of the definition of “insured contract” is part f. “That part of any other contract or agreement pertaining to your business…under which you have assume the tort liability of another party to pay for ‘bodily injury’ or ‘property damage’ to a third person or organization.” © Insurance Services Offices, Inc., 2012, CG 00 01 04 13 – 9. Insured contract means:

8 9. Insured contract means: part f. “Tort liability means a liability that would be imposed by law in the absence of any contract or agreement.”

Builder’s Risk Insurance and the Defects, Errors and Omissions Exclusion