When autocomplete results are available use up and down arrows to review and enter to select.
Resources + Insights
Mar 15, 2016 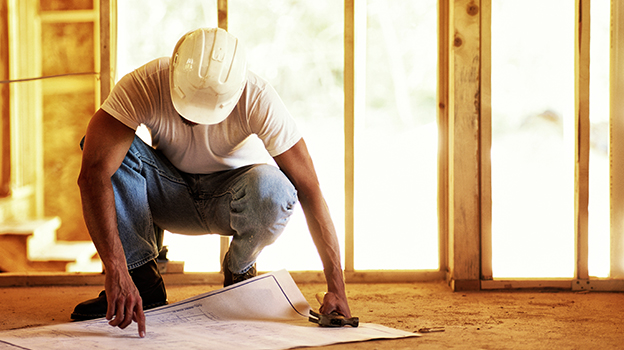 Construction, Property, Property & Casualty
As owner of the new manufacturing facility building project, Thyme Manufacturing Co, Inc. has recently hired the project’s general contractor - Perkins Construction, Inc. In addition to developing the minimum insurance requirements to be used with Perkins Construction and its subcontractors, as Thyme’s newly appointed director of risk management, Jennifer is also responsible for arranging the insurance for the building during the course of its construction. This “course of construction” insurance is commonly known as builder’s risk insurance.

Thyme’s legal counsel has used the American Institute of Architects (AIA) construction contract documents with Perkins Construction – including the 2007 A201™ General Conditions of Construction.1 Of particular interest to Jennifer is Article 11.3 entitled “Property Insurance” – as this section will serve as Jennifer’s starting point to determine Thyme’s minimum builder’s risk insurance requirements.

Amount, Types of Property and Scope of Coverage

As the Thyme manufacturing facility is new construction, Jennifer does not have to be concerned with coverage for the renovation of existing buildings. The causes of loss that are required to be purchased are quite broad – “all risk” or an equivalent policy form, specifically listing causes of loss typically understood to be included in a “special” causes of loss property insurance policy – such as theft, vandalism, malicious mischief and wind – as well as listing several causes of loss that are not included in “special” causes of loss forms. Coverage for flood, earthquake and boiler and machinery (equipment breakdown) including testing and startup is usually needed in a builder’s risk policy and is required of Thyme by the AIA A201™- 2007 contract with Perkins. As many builder’s risk policies are written on inland marine forms, coverage for some or all of these causes of loss may be automatically included, but with aggregate sublimits.

Coverages important to Thyme include the following. While not necessarily unique to a builder’s risk policy, are typically offered by insurers also with sublimits:

Thyme is considering a larger deductible – $25,000 – to keep premium costs down. This raises a question – if the loss is caused by the negligence of Perkins or a subcontractor, can Thyme charge the deductible to that responsible party? After a conference with Thyme’s legal counsel, Jennifer learns that Thyme cannot recover such costs because Thyme has agreed to the AIA A201™-2007 conditions – which clearly state Thyme is responsible for any loss within the builder’s risk deductible. In fact, Thyme’s legal counsel points out to Jennifer that Thyme has waived its rights against Perkins and any of their subcontractors or sub-subcontractors to the extent that the builder’s risk policy (or other property insurance) provides coverage for the damage. Further, Perkins and its subcontractors and sub-subcontractors also waive any rights they may have to recover from Thyme – again, to the extent the damage caused is covered by insurance. The implications of the waiver clause are clear to Jennifer– the builder’s risk policy she purchases must allow Thyme to waive its rights against all other interests covered by this policy – including damage to the project that is not the work of a subcontractor or sub-subcontractor.4

As might be expected, Thyme’s owner, Justin, is very eager to get the project finished and is already asking Perkins when he can move into the new facility and start manufacturing. Apparently this may be a problem – Jennifer learns that a builder’s risk policy may cease providing coverage if Thyme begins to occupy the new facility. However, after some inquiry, she finds that insurers will generally grant permission to occupy. After a discussion between Jennifer and Justin about this matter, Justin agrees to give Jennifer as much notice as possible before he begins occupying the new facility – giving Jennifer time to seek permission from the insurer for occupancy and avoid losing coverage under the builder’s risk policy.

An area that is not at all clear to Jennifer is the section of the AIA A201™-2007 contract that is entitled “Loss of Use Insurance.” While Jennifer understands that Thyme has waived all of its rights of action against Perkins for loss of use of the facility due to “fire or other hazards, however caused” and also knows the purchase of this insurance is at the option of Thyme, she does not know what is meant by “loss of use insurance.”

If an insured cause of loss damages Thyme’s facility and that damage results in a delay in the project completion, Thyme could suffer two types of consequential loss:

Jennifer has a strong understanding of the general contours of Thyme’s builder’s risk insurance needs, including its obligations under its construction contract with Perkins. However, she has a great deal of work left to do – starting with choosing a building limit, including sublimits for certain coverages and coverage extensions, as well as whether and how much loss of income and soft cost coverage (including the categories of soft costs coverage) to purchase. In addition, upon review of builder’s risk proposals, it is important for Jennifer to review the policy forms being offered to make sure she has the coverage she wants or needs, including but not limited to the causes of loss, whether all interests are insured and whether Thyme’s waiver of it rights against the others is allowed in the policy. Finally, Jennifer needs to explore limitations in the builder’s risk policy as respects occupancy by Thyme – will the insurer permit occupancy – if so, when and under what conditions.

1 © 2007 by the American Institute of Architects
2 Falsework is defined as the temporary structure erected to support work in the process of construction. Source: dictionaryofconstruction.com
3 Coverage for an existing building undergoing renovation can usually be arranged, often with a separate limit from the value of the renovations and often on an actual cash value basis.
4 “Thus, to determine which fire damages are covered by the subrogation waiver, we must look at everything that follows the phrase ‘to the extent.’ The positioning and plain meaning of the word "covered" restricts the scope of the subrogation waiver based on the source and extent of the property insurance coverage, not the nature of the damages or of the damaged property.” Bd. Of Comm’rs of Cnty. of Jefferson v. Teton Corp.,30 N.E.3d 711 (Ind. 2015)