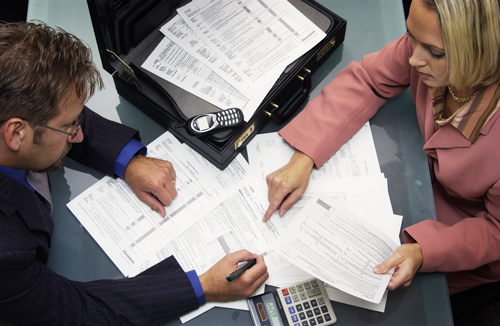 Wally is an experienced liability claims adjuster for Mayfield Mutual Insurance Company. He continues to receive excellent training from Mayfield and takes great pride in keeping up with the latest events affecting the insurance industry. Wally thought he thoroughly understood the contractual liability exclusion in the commercial general liability (CGL) policy – that is, until Gilbert.

For the past couple of decades, the claims personnel at Mayfield Mutual adopted the insurance industry understanding that “assumption of liability in a contract or agreement” referred to a particular portion of a contract (a hold harmless or indemnity agreement), and not to liability that results from the breach of a contract. A hold harmless and indemnity clause is an agreement to assume the liability of the negligence of another.1

In other words, the contractual liability exclusion meant that coverage did not apply in the CGL policy for hold harmless and indemnity clauses unless liability would otherwise have been imposed by law or unless the hold harmless and indemnity clause found in the contract or agreement fell within the policy’s definition of “insured contract.” Wally recalls past coverage denials for claims made against his insureds for a demand to indemnify a railroad for liability caused by the insured’s work or to indemnify an architect for professional services – neither was an “insured contract.” But because of Gilbert, Wally is re-examining his understanding.

Mayfield Mutual’s vice president of claims, June, has brought Gilbert, a Texas case, to Wally’s attention. In discussions with the claims department, June informs the group that the Supreme Court of Texas ruled that the contractual liability exclusion is not limited to situations in which an insured assumes the liability of another and can be applied to a breach of a contract.

But June points out the facts in Gilbert are unusual – Gilbert agreed with the city’s transit authority to be responsible for repairs to adjacent properties damaged by the commuter rail project if the damage resulted from Gilbert’s failure to comply with the contract requirements. In this instance, the contract required Gilbert to protect the adjacent properties from damage. Unfortunately, flooding resulting from the project did damage the adjacent buildings and the property owner – RTR – sued Gilbert, alleging negligence and breach of contract.

What was unique is that Gilbert was granted sovereign immunity from tort liability, meaning Gilbert could not be held liable for its negligence. This left only the contract between Gilbert and the transit authority as a potential source of liability. Even though the contract was only between Gilbert and the transit authority, RTR claimed, and was granted, the right to sue Gilbert for breach of contract as a third-party beneficiary to the contract.
RTR pursued the breach of contract claim against Gilbert – Gilbert was to repair the damage caused by the flood – not because Gilbert was negligent, which they probably were, but because Gilbert extended its liability beyond its obligations under general law. Even though the contract with the transit authority was not a hold harmless or indemnity agreement in which Gilbert assumed the tort liability of another (and thus was not an “insured contract”), the Texas Supreme Court found the liability to RTR was “liability assumed by contract” and thus was excluded under the contractual liability exclusion.

While Wally and June were wrestling to understand Gilbert, they learned from Bob, a senior claims adjuster at Mayfield Mutual, of another case in Texas involving the contractual liability exclusion. The case Bob described is a construction defect case in which the insurer denied coverage for the cracking of tennis courts built by Ewing Construction Company, Inc.
In order to avoid the subcontractor exception, the insurer did not base its denial on the property damage to “your work” exclusion (exclusion L). Rather, the insurer took a different approach. The insurer’s denial of coverage was based on the contractual liability exclusion – alleging that by entering into a contract to build the tennis courts, Ewing had “assumed liability” for damages arising out of any defective work that may result.

Ewing did agree in its contract with the owner to perform the work in a “good and workmanlike manner.” According to the insurer, the alleged failure to perform in a good and workmanlike manner was a breach of contract similar to the Gilbert case – and for which Ewing should not have coverage in its CGL because of the contractual liability exclusion.

The Supreme Court of Texas ruled that Ewing did not “enlarge” its obligations beyond any general common-law duty it might have. Ewing’s agreement to construct the tennis courts in a good and workmanlike manner did not add anything to the obligation it had under general law. Under general law, Ewing already had a duty to exercise reasonable care in building the tennis courts. Therefore, the agreement Ewing entered with the owner to perform the construction was not an “assumption of liability” within the meaning of the contractual liability exclusion – the contractual liability exclusion did not apply to damages arising out of the defective work.

The Mayfield Mutual Insurance Company claims department arrives at a conclusion – while they had previously thought the contractual liability exclusion applied only to hold harmless and indemnity clauses, they now know it is possible in certain states for the exclusion to apply to other types of contracts or agreements. The contractual liability exclusion may apply when an insured, as in Gilbert, agrees to liability that is beyond that imposed on them by general law, but which is not a contract assuming the liability of another.
However, even in Texas the contractual liability exclusion does not apply to every breach of contract – the contractual liability exclusion only applies to the extent that the insured has “assumed” liability beyond that which would be imposed on the insured under general law. Further, Wally, June, Bob and the entire claims department recognize the circumstances in Gilbert may be one of a kind – the facts are that the insured entered a contract to expand its liability and the insured could not be held liable under general law – i.e. Gilbert was not liable for its own negligence. Finally, Mayfield Mutual understands that a standard contract to perform construction work is not considered an “assumption of liability” for damages arising out of defective work so as to trigger the contractual liability exclusion.
Craig F. Stanovich is co-founder and principal of Austin & Stanovich Risk Managers, LLC, a risk management and insurance advisory consulting firm specializing in all aspects of commercial insurance and risk management, providing risk management and insurance solutions, not insurance sales. Services include fee based risk management, expert witness and litigation support and technical/educational support to insurance companies, agents and brokers. Craig can be reached at cstanovich@austinstanovich.com or
www.austinstanovich.com.
1  Olympic, Inc. v. Providence Wash. Ins. Co., 648 P.2d 1008 (Alaska 1982)
2  Gilbert Texas Constr. LP v. Underwriters at Lloyd's, London, 327 S.W.3d 118 (Tex. 2010)
3   Ewing Constr. Co. v. Amerisure Ins. Co., ___ S.W.3d ___, 2014 Tex. LEXIS 39 (Tex. Jan. 17, 2014)
Contact Us