When autocomplete results are available use up and down arrows to review and enter to select.
Resources + Insights
Jan 18, 2023 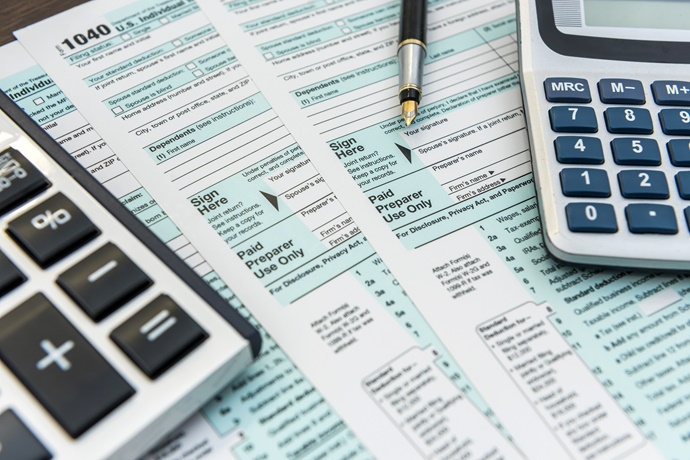 While outsourced staffing is a useful mechanism for meeting higher demand during tax season, CPA firms must be aware of the common contractual provisions, as well as the potential implications for their errors and omissions (E&O) insurance.

When outsourcing tax work through third-party vendors, there are some key contractual components that firms must be wary of, independent of their insurance. In all events, any firm outsourcing work should consult with a local attorney for legal advice about its contracts. Indemnity provisions in these contracts, which are typically weighted heavily in favor of the vendor, will often say something to the effect of, “The contracting party [meaning the CPA firm] will agree to defend and indemnify the vendor, as well as to hold the vendor harmless for any claims, liabilities, or losses.”

This contractual indemnification may go beyond professional liability or professional negligence. For instance, what if a vendor gets into your system and steals money from you? What if they are committing fraud? What if they are creating cyber exposures for your firm? These indemnity provisions can have far-reaching implications, so it’s important to take a look at them and make sure they’re balanced rather than skewed in favor of the vendor.

This potential imbalance can extend into other areas of the contract, as well. For example, many contracts include a limitation of liability clause that caps the vendor’s liability to a specific amount, which could be far lower than what the contracting CPA firm would be required to pay in the event of a loss. This also plays out in contractual insurance provisions, where there’s often a disconnect between the insured limits carried by vendors and the contracting CPA firms. This can lead to major disparity in the event of a claim.

Further, all contracts should have a choice of law provision, which will say: “This contract or agreement is governed by the laws of X,” which in the US is typically a state. Contracting firms need to be aware that many of these vendors are based out of the country. India, for instance, is a major hub and supplier of accounting staff. If your contract has a choice of law provision that says, “This contract will be governed by the laws of India,” you had better be prepared as a CPA firm to go to court in India and understand what the implications are of you signing a contract that will be interpreted under India’s laws.

There’s a whole slew of issues that can come up with agreeing to be governed by foreign law that firms cannot overlook simply because the “price is right.” Choice of law is usually a negotiable facet of the contract and contracting firms should try to get it either in their home state or a state where they (or a local attorney) have familiarity with the laws. This provides more stability and predictability on what might happen if there’s a dispute.

There are many other potential contractual provisions that CPA firms should be wary of so it is of paramount importance to start the tax staff hiring process early – by the early fourth quarter of the preceding year, if not sooner – so that firms can vet their vendors and conduct a thorough legal sweep of the contractual agreements they’re planning to enter into.

Likewise, there are a few very important coverage issues that CPA firms must be on the lookout for when hiring tax staff through third-party vendors – many of which relate to the key contractual provisions discussed above.

The most important element for firms to consider is the definition of insured under their E&O policy. If a firm’s policy does not contain language that covers temporary, leased, or contracted staff, the CPA firm may not have coverage for the work completed by these personnel.

If a firm is outsourcing to a large extent – it could be the majority of a firm’s work during tax season – that could be a major problem, so it’s important to ensure that temporary, leased, or contracted staff would qualify as insureds under the firm’s E&O policy. Also, vendors will often seek a contractual provision whereby the insured agrees that all contracted staff will be covered under the accounting firm’s E&O policy. A firm doesn’t want to sign a contract with its vendor guaranteeing coverage when it might not be available. If a firm does sign that contract, it may be bound by it regardless of what the firm’s coverage determination is down the road, and there may be damages that come along with that.

Most professional liability policies also include a territory provision, which explains exactly where coverage applies. While some policies provide coverage worldwide, others will only trigger if the alleged acts, errors, or omissions were committed in the US or its territories. Some policies include limiting language about where a lawsuit must be filed – for example, in the US or Canada – which can leave insureds on the hook to defend lawsuits out of their own pocket if they’ve hired staff who commit acts, errors, or omissions in a foreign country.

Insureds should also take a look at their E&O policy exclusions before they enter a contractual agreement with a vendor. An “insured versus insured” exclusion exists in almost every policy where it says something to the effect of: “This policy won’t cover claims by any insured against any other insured.” An accounting firm needs to make sure there are no entanglements with ownership between the CPA firm that’s doing the contracting and the vendor it is contracting with.

There’s also the “business enterprise exclusion,” in most E&O policies, which says something to the effect of: “This policy will not cover any claim based upon, arising out of, or in any way involving an entity in which the insured has a controlling interest.” This exclusion will often set a percentage of ownership, which is usually quite low. In the same vein as the insured versus insured exclusion, an accounting firm should make sure that it is not contracting with any vendor that is owned or operated by one of the employees or partners of the named insured, because it could create unwanted coverage barriers for the insured accounting firm down the road.

Many E&O policies also include a “contract” exclusion, which states that insurers are not bound to cover any liability that insureds assume under contractual indemnity provisions. If an insured agrees to indemnify a vendor for liability that is outside of the scope of the professional services being covered by its E&O policy, then it will likely not be covered.

Finally, it is important for contracting CPA firms to ensure that if their vendor has claims reported against them, there is some protocol in place where they immediately appraise the CPA firm of those claims. E&O policies are claims made and reported, so the first trigger for coverage consideration is the date when the claim is first made. If a vendor becomes aware of a claim and doesn’t report it for months and the E&O policy expires, the carrier may reject the claim.

Founded in 1994, the CPAGold insurance program, part of Amwins Program Underwriters offered by Amwins Underwriting, was formed to secure the best quality E&O coverage at the most competitive pricing on behalf of our clients and their insureds.  We have a broad appetite and provide specialized knowledge you need to succeed.

When Are Risk Retention Groups the Right Option for Medical Professional Liability?