When autocomplete results are available use up and down arrows to review and enter to select.
Resources + Insights
Jan 29, 2015 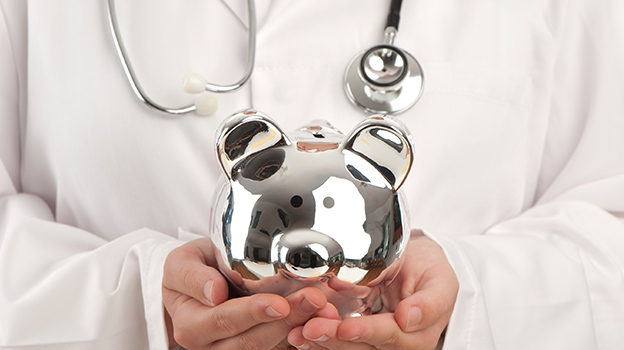 As self-insured employer groups wrestle with the requirements of the Affordable Care Act (ACA), some are tapping the potential of reference based pricing (RBP) to control costs. Expect this trend to become more common among larger self insureds, especially as proof grows about RBP’s powerful cost control effect on plans. Here’s why:

One of the nation’s largest self-insured employer groups has already demonstrated RBP can deliver impressive cost savings for certain medical procedures with a wide price variance. The California Public Employees’ Retirement System (CalPERS), which serves 1.4 million people, adopted RBP more than three years ago for elective knee and hip replacements. It made this change after reviewing prices medical providers charged for the two common procedures. Previously, these costs ranged from $20,000 to $120,000, and CalPERS did not find that quality increased with prices.1

CalPERS examined these costs and established a $30,000 reference price it would pay for the two procedures. The organization designated 41 hospitals where members could undergo these two procedures throughout California. The RBP plan included a 10 percent copayment charged to employees on procedures costing less than $30,000.

Members could also go out of network and choose a procedure priced higher than $30,000. However, they would not only have to make the 10 percent copayment, but pay every dollar over the established $30,000 RBP limit.

How did CalPERS do? First, the hospitals that the organization chose were rated average or above average for quality measures. This accomplished a major requirement that makes RBP acceptable under the ACA by ensuring quality to members. Financially, RBP delivered as advertised. CalPERS saved almost $6 million in just the first two years of this approach.1

2.  RBP Does Not Run Afoul of Government Regulations and Guidelines

Even the Department of Labor (DOL) has recognized the potential impact of RBP. The government agency stated in October that RBP was compliant with the ACA as long as the insurer offered reasonable access to providers and ensured a level of quality. Additionally, the DOL indicated that insurers were not required to count charges in excess of an established reference based price as part of an insured’s out-of-pocket costs.

For more proof that RBP is not going away, you need look no further than a growing number of large traditional health insurance companies that have also adopted this practice. Earlier this year, WellPoint said it would offer set prices for 900 medical services, and it is not the only large insurer to go in this direction.

In 2018, the Internal Revenue Service will begin collecting a 40 percent excise tax on so-called Cadillac health plans – those plans exceeding $10,200 for individual coverage and $27,500 for family coverage. The American Health Policy Institute found that large employers triggering this tax would pay an excise tax equal to $1 million in 2018 and $2,700 per employee from 2018 to 2024.

Not-so incidentally, exceeding the cap on health plan benefits will also affect employees. ACA states that excess benefits are considered income, and employees will have to pay income tax on any amounts over the cap.

One Continuing Obstacle is Balance Billing

The argument for RBP, especially with a growing acceptance of the practice by self-insured and traditional employer groups, is offset by the lingering reality of balance billing. Large plans typically expect participating medical providers to charge insureds no more than negotiated prices. RBP pricing may not be overly generous, especially compared to past prices, but they technically are fair. RBP typically reimburses costs equal to Medicare rates plus an additional 25 to 35 percent. Most people in the industry agree this is a fair rate for common medical services in today’s cost control environment.

However, some medical providers will attempt to game the system, collecting established RBP rates from the insurer and also charging an additional dollar amount or percentage of costs to the insured. This practice can drive human resources professionals batty, and dump a financial and emotional burden on employees. It is a practice that prevents some self-insured employer groups from adopting RBP.

How can self-insured employer groups achieve the promise of RBP and avoid the practice of balance billing on its employees? The same way traditional insurers do, with strong contractual guarantees explicitly disallowing balance billing. Working with experienced third party administrators, a self-insured group can ensure balance billing language is airtight.

The Future is Near

Reference based pricing isn’t new, nor is it unproven. The need to control still-growing health insurance costs will make more large employers sit up and take notice of the practice. If no changes are made to the ACA’s 2018 excise tax provision, this event will jolt some self-insured groups into taking a serious look at RBP.

Today, we serve clients that use RBP, and we know how well it can work. A growing number of companies and vendors are providing this cost control tool to self-insured employer groups. In a few years, it’s likely that more large employers will take this approach than ones who will not.  It makes sense and controls costs.  Its time has come.