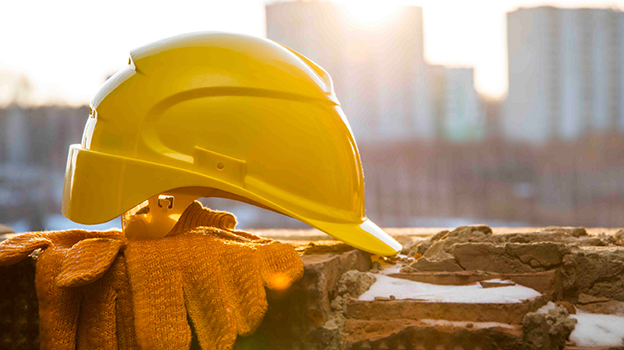 As always with construction projects, it is important that owners of new developments understand insurance coverage to ensure that there is adequate insurance to address any potential risks during and after the construction of the project. While most owners maintain commercial general liability policies or rely on project-specific policies, these policies may not fully protect the owner against any and all risks that they may face during and after construction. This article addresses two unique areas in which owners should take special note to ensure that they are covered for these particular risks: third party action over claims and products-completed operations coverage.

The action filed by Roofer’s employee is considered a third party action over claim. The employee is unable to sue Roofer because workers’ compensation is the employee’s exclusive remedy against his or her employer. Thus, the injured employee brings an action against Owner alleging that Owner’s negligence in failing to maintain the project site contributed to the employee’s injuries.

The standard ISO Commercial General Liability policy contains exclusions for bodily injuries arising out or and in the course of employment. The exclusion typically reads as follows:

1.  An “employee” of the insured arising out of an in the course of:

1)  Employment by the insured; or

2)  Performance duties related to the conduct of the insured’s business; or

2.  The spouse, child, parent, brother or sister of that “employee” as a consequence of Paragraph (1) above.

This exclusion applies whether the insured may be liable as an employer or in any other capacity and to any obligation to share damages with or repay someone else who must pay damages because of the injury.

This exclusion does not apply to liability assumed by the insured under an “insured contract”.

What owners should also be aware of is that standard Commercial General Liability (“CGL”) policies often contain an action over exclusion endorsement. In these instances, the sentence, “This exclusion does not apply to liability assumed by the insured under an ‘insured contract’.” is often removed and as such, no coverage is afforded under the exclusion.

In New York, labor statutes  provide for the “absolute liability” of third parties, including property owners, for elevation-related injuries where the employee is engaged in construction work. Given that action over claims are common in New York, many carriers have included exclusions that preclude coverage for these action over claims.

Overall, when owners are negotiating indemnification clauses with contractor entities, owners should be aware of the extent to which the law allows indemnification for the owner’s own negligence. A carefully drafted indemnification provision can be helpful in transferring risks that arise from injuries on the project site. Owners should also ensure that insurance policies they obtain for the project provide coverage for third party claims made against the owner for negligence in maintaining the project site and do not specifically contain an action over exclusion.

Consider the following scenario: Randy Roofer was hired by Owner X to install the roof for an apartment complex. Randy Roofer has maintained his own CGL policy with products-completed operations coverage. Randy Roofer retires five years later and cancels his policy. Within a year of his retirement, the roof collapses and injures a resident. Coverage is not afforded to Randy Roofer or Owner X under Randy’s prior policy as the policy requires bodily injury or property damage to occur during the policy period. In a nutshell, the policy must be in effect for coverage to be afforded. Here, Owner X has exposure if he relied on Randy Roofer to maintain insurance and name Owner X as an additional insured.

For project-specific policies, including Owner’s Interest only policies, whether owner controlled (“OCIP”) or contractor controlled (“CCIP”), full coverage is often provided during the course of construction and then limited to products-completed operations coverage for a specified period of time after construction is completed. This can be a period of 36 to 120 months depending on multiple factors with consideration of the statue of repose. In California, where the statute of repose is ten (10) years for latent defects, 120 months following the completion of construction does not adequately cover the owner for claims that may arise of the work done on the project by the subcontractors. The failure to ensure that a policy provides products and completed operations coverage for the entire period covering a state’s specific statute of repose can create an extreme risk to the owner and leave him or her with little protection. Thus, owners should insure through their own general liability policy, or as an additional insured under another policy, that coverage is afforded for any claims arising out of the construction of the project even after it is complete.

If a premises liability claim for bodily injury arises after construction is complete, the contractors under an OCIP would be covered for liability arising from the construction of the project. Interestingly, the owner of the project would have a gap in coverage if the products-completed operations hazard provides that the policy only covers each of the named insureds for damages caused by completed work, “away from premises that the Named Insured owns or rents.” Thus, in certain circumstances where the owner maintains the property after construction, the owner will not be protected by the products-completed operations coverage.

Project owners must take heed of the unique risks that are faced by an owner and not covered by an indemnity provision or through insurance carried by the general contractor or its subcontractors. While most of the risk is with contractors, there are situations in which the owner is subject to liability. Thus, owners should consider the unique risks discussed in this article as well as others, and ensure that they maintain their own liability coverage rather than relying solely on indemnity provisions or insurance coverage afforded under an OCIP or CCIP or through an additional insured endorsement.

About the Author
Grace A. Nguyen is a Senior Counsel at Chapman Glucksman Dean Roeb & Barger which has offices throughout California. Ms. Nguyen specializes in complex multi-party litigation, including construction and real estate claims, environmental, employment, professional liability, commercial, business and catastrophic casualty litigation. In 2016 Ms. Nguyen was selected as a Super Lawyers Southern California “Rising Star,” for her demonstration of excellence in the practice of law, which is an honor limited to less than 2.5 percent of California attorneys.