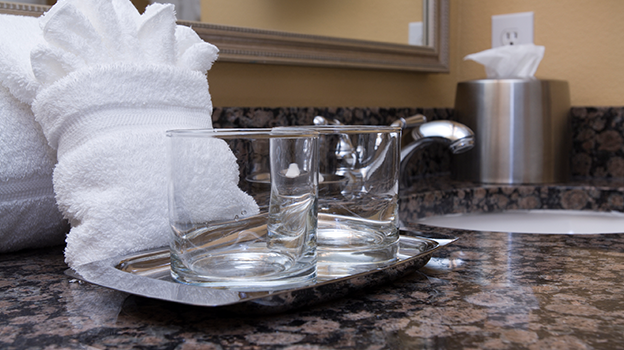 Legionnaires Disease: What is it?

Legionnaires Disease was so named after the first outbreak in 1976, when more than 221 visitors at the Pennsylvania American Legion convention contracted it at a Philadelphia hotel. Thirty-four people died. Since then, occurrences have become steadily more frequent. Last summer, an outbreak of Legionnaires Disease at a New York City hotel killed 12 people and sickened 127 others. Another major outbreak that began late summer took place at a Veterans Administration home in Quincy, Ill. where more than 50 people became ill and 13 people died. Other facilities impacted recently include a hospital, shopping center, plastics manufacturer, office building, prisons, restaurants and others.

According to the Centers for Disease Control and Prevention (CDC), Legionnaires Disease hospitalizes more than 10,000 people annually in the United States. The death toll can go as high as 30 percent. The fatality rate is much higher for the elderly and those with compromised immune systems.

Early symptoms of Legionnaires Disease are much like the flu. If infection occurs, disease symptoms usually appear within days after inhaling legionella-contaminated mist or vapor. After a short time, more severe pneumonia-like symptoms may appear. Reported cases of legionellosis are increasing, more than tripling in the United States between 2001 and 2012, according to the study Legionellosis on the Rise: A Review of Guidelines for Prevention in the United States.

These outbreaks again illustrate why a broad array of businesses need to do their best to prevent illnesses from the legionella bacteria, and be properly insured in the event that they occur.

Legionella successfully spreads in warm water. It often flourishes inside scale and sediment in manmade water-handling and storage systems such as cooling towers, hot tubs, plumbing systems and decorative fountains, according to the CDC. Legionnaires Disease can easily be deterred by regularly and conscientiously maintaining man-made water systems.

The key to prevention is using chemical disinfectants, such as bleach, and other measures. The CDC references the American Society of Heating, Refrigerating and Air-Conditioning Engineers (ASHRAE) Guideline 12-2,000 for appropriate water temperatures and chemical treatment. These measures include regularly maintaining and cleaning cooling towers, evaporative condensers and other surfaces and avoiding conditions that allow water to stagnate.


Could Your Client Be Held Liable?

When people are infected with legionella from an establishment, its owners and/or operators can be held liable for victims’ physical and financial suffering. Since just one uninsured lawsuit can be enough to plunge a company financial jeopardy, having Environmental Impairment Liability insurance should be considered a cost of doing business.

Many business owners and operators incorrectly assume that their general liability (GL) insurance will cover claims from pollutants and bacteria, such as legionella, mold, fungus, cleaning products, asbestos, lead paint and carbon monoxide. In reality, GL insurance broadly excludes bodily and property damage caused by pollutants and bacteria, including mold, smoke, vapor, soot, fumes, acids, alkalis, chemicals and waste. To properly cover such exposures, an Environmental Impairment Liability policy should be purchased. The cost of coverage is broadly available and generally very inexpensive.

Despite the awareness of Legionnaires Disease from the media and the uptick in reported cases, the fact is that every year people and organizations suffer from the lack of proper water handling measures and necessary insurance. That’s why many businesses, such as hotels, health care facilities, and office buildings need coverage beyond that of their standard GL policy. Your AmWINS professionals can assist you in placing the right coverage for your clients.


This article was authored by Annmarie Geddes Baribeau, who has been covering insurance issues for nearly 25 years
Contact Us