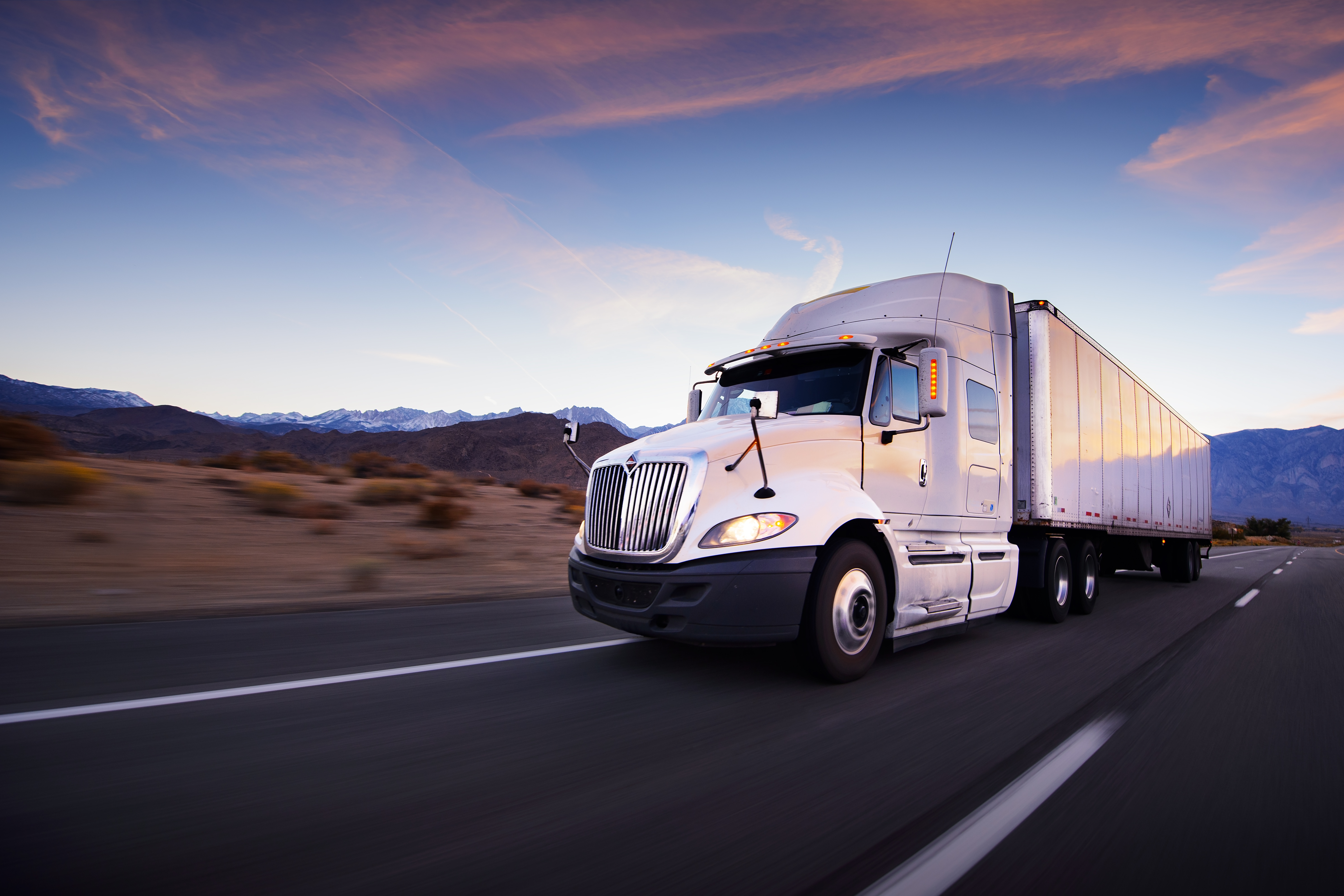 The Federal Motor Carrier Safety Administration (FMCSA), a division of the U.S. Department of Transportation (DOT), is reviewing comments on the proposal for regulations that would increase the financial responsibility requirements for motor carrier policies of insurance for public liability.

Interested parties from all sides of the industry were invited to comment on the potential rulemaking in a window that closed in February of this year, and at issue was whether the FMCSA should increase the financial responsibility limits that were last changed in 1985. As it stands, nonhazardous property haulers must show compliance to the tune of $750,000, while motor carriers hauling hazardous commodities must demonstrate compliance at either $1,000,000 or $5,000,000, depending on the cargo carried.

Duane DeBruyne, a FMCSA spokesperson, said the agency will review and consider all comments and materials, but there is no guarantee that a proposal will be deemed necessary – and if it were, under what timeline such a determination would fall.

The driving force for the proposal is a requirement enacted in 2012 – called the Moving Ahead for Progress in the 21st Century Act (MAP 21) – that requires Congress to review the financial responsibility requirements every four years in order to ensure that the limits in force are providing adequate protection for the public.

The first report to Congress, published in April 2014, revealed that merely adjusting the $750,000 minimum limit according to inflation would increase the limit to more than $1.6 million. For $1 million policies, the limit would exceed $2.1 million.

Congress hasn’t solely held to the figures presented in this first report, however, as members of the House of Representatives have also introduced a proposal via two versions of the SAFE HAUL Act in 2013 and 2015. These acts propose an increase in the financial responsibility limit to $4,422,000 and $4,532,550 respectively, and the latest action in the House shows that these have been referred to the Subcommittee on Highways and Transit.

Whatever the decision, the FMCSA is already behind schedule for the process of issuing a regulation, making it difficult to know what will happen in the future, said Michael Gramm, vice president of excess casualty for XL Group’s excess and surplus lines. “The FMSCA has to balance the cost of imposing higher limits with the benefit to society when expensive claims occur.”

Supporters for an increase contend that rising inflation, a steady escalation in medical expenses, and the increasing frequency of substantial jury awards justify raising the minimum limits.

These increased expenditures feed into the larger determination of future claims costs, which for the transportation industry are driven by the frequency and severity of a claim. According to the National Highway Traffic Safety Administration’s (NHTSA) 2013 Motor Vehicle Crashes: Overview, “over the past 10 years, there has been a reduction of nearly 25 percent in the number of fatalities on the Nation’s roadways.” The declining trend in frequency presents an overall safer highway that Michael Gramm expects to continue, however as Craig O’Connell, vice president of Lexington Insurance adds, “the trend in rising severity is significantly outweighing the decrease in frequency.”

O’Connell’s argument that severity is outpacing the decrease in frequency is largely the crux of the debate between the various parties commenting on the rulemaking.

From a pure number standpoint, the DOT’s Volpe Transportation Center estimated less than 1 percent, or 3,300 out of 333,000 crashes per year, cost more than $750,000. At the $1,000,000 level, the American Trucking Association (ATA) pegs the percentage of claims exceeding said limits at less than 0.20 percent of total claims.

Since 99 percent of claims are covered by the $750,000 limit, said Prasad Sharma, the ATA’s senior vice president and general counsel, “I have never seen a good public policy rationale that suggests covering 99.9 percent instead of 99.5 percent outweighs the impact on availability of insurance and cost to carriers.”

From a different angle, The Trucking Alliance looks to the potential for each accident to exceed the $750,000 liability threshold, and is opposed to the final numbers as reviewed by the DOT and the ATA. After evaluating 8,692 accident settlements from 2005 to 2011, The Trucking Alliance concluded that 42 percent of all crashes have the potential to exceed the current financial responsibility limits, and stated that, “Actuarially, this represented a significant exposure to trucking companies that only maintain the minimum insurance level.”

Both datasets present a valid argument, and depending on how the FMCSA and Congress decide to interpret the loss data, the determination of the accepted cost per claim will continue to be in debate.

Those questioning the need to raise the minimum limit offer two primary concerns. The first is that unnecessarily high premiums will be more burdensome on small trucking companies. The second is that the insurance market would not be willing to carry additional liability if the limits rise above the $4.5 million proposed by the SAFE HAUL Act.

The ATA argues against the higher limit requirement, estimating that 93.5 percent of motor carriers already carry policies with a $1 million or greater limit, and that with 99 percent of claims falling within that limit, any increase would put an unnecessary burden on truckers.

O’Connell agrees with respects to the number of motor carriers buying policies at higher levels than mandated limits, saying that the higher limit is driven by the ground level by the shippers. Shippers, the original source of commodities, are requiring higher coverage limits as a means of protection due the tendency for tort suits to involve all parties associated with an accident. Contrary to the ATA’s position, however, O’Connell gives some merit to the necessity for higher limits stating “some shippers are even requiring $5 million in coverage.”

To XL’s Gramm, the higher limits would be part of the cost of doing business, similar to diesel fuel increases, which are ultimately passed on to consumers. This said, he continues, “there are a lot of these smaller businesses that are generally not buying higher limits and they are the ones who are going to be affected by this.” These buyers understand that inflation is a reasonable justification to raise insurance limits, but those who have never had to file a large claim have a harder time seeing why their limits should be raised.

Increasing the minimum insurance limits is good for truckers and society, Gramm said. There are plenty of examples where the cost of liability exceeded the limits, and in such cases, the trucking company has had to make up the difference. Gramm has also seen cases where the officers of trucking companies have been sued personally to recoup the cost of an accident beyond the limits of coverage.

When asked if the ATA encourages its members to carry coverage higher than the minimum limit, Sharma said that is a business decision for their member that has no demonstrable impact on safety.

Sharma is also of the understanding that if the minimum insurance limit rises to around $4 million, coverage availability will be harder for truckers to obtain.

Gramm, however, disagrees. “The market is highly competitive,” he said. “There is ample capacity to provide the limits that are potentially required.” Further, he added, there are about five to ten carriers, including his company, that are willing to offer excess coverage. There are also about 25 insurers that will offer coverage through an insurance package or umbrella product.

Reinsurers also desire to support capacity. “If anything,” O’Connell said, “insurer interest in supplying capacity to the market is increasing. I regularly see new competitors entering this space.”

The degree to which raising the minimum insurance limit will have on premiums depends on several factors – ranging from the direct increase in exposure to the introduction of excess carriers in the non-fleet space.

“If the new minimum limit is $2 million, it has the potential to affect hundreds of thousands of motor carriers,” Gramm said. And even so, a $2 million minimum limit “might not be keeping up with inflation and the severity trend in the industry,” according to O’Connell, “but it could be a compromise.”

No matter how much the minimum, said Sharma, “you are never going to get to the point where the minimum covers 100 percent of all claims.” He adds, “I am not sure that we are going to come up with a minimum that will cover everything when there is going to be an attorney that is going to ask for more.”

“So what would be is the correct amount? We don’t claim to know that answer,” he added.

Ultimately, the timing of when minimum limits will increase – or to what amount – depends on a decision from FMCSA or Congress. Given that both processes are arduous, it could be a long wait.