When autocomplete results are available use up and down arrows to review and enter to select.
Resources + Insights
Jan 24, 2019 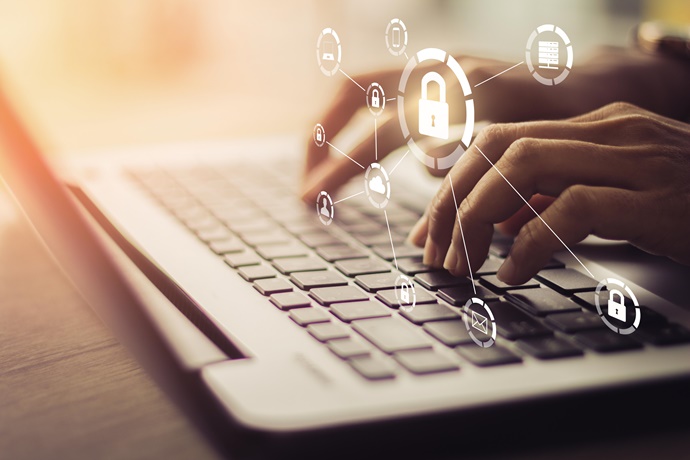 Organizations of all sizes, across all regions, and in all business sectors face an evolving risk from cyber criminals.1 As businesses have become increasingly dependent upon technology, criminals have shifted from theft of physical assets to the theft of electronic information. The growing use of technology-enabled processes exposes businesses to cybercrime -- from direct theft of data (leading to the potential loss of financial assets) to the theft of personal data (that can be used to assemble an attack on financial assets). Cybercrime can threaten processes from point-of-sale purchases by debit/credit cards in the retail environment, to ATM transactions in the banking environment, to e-commerce or on-line sales, and to electronic business communications.

Recent studies illustrate the wide-ranging threat of electronic crime. In 2017, more than three of four (78%) respondents to the U.S. State of Cybercrime Survey detected security events in the preceding twelve months, and more than one third (36%) reported that the number of security incidents had increased over the previous year. The average number of incidents is also significant, with increasing monetary loss.

As a result, cyber criminals have shifted their focus away from such pure technological attacks and instead have increasingly attacked employees through the use of “social engineering” – a collection of techniques used to manipulate people into performing actions or divulging confidential information. Social engineering is not a new concept. A social engineer is nothing more than a con man who uses technology to swindle people and manipulate them into disclosing passwords or bank information or granting access to their computer.

According to the FBI, from October 2013 to May 2018 there were more than 41,000 victims of Business Email Compromise scams – a form of social engineering attacks – reported from all 50 states in the United States, totaling $2.9 billion in monetary losses. The number of global incidents is growing at an alarming rate, with an increase of 136% from December 2016 to May 2018 in 150 countries.2

Depending upon the precise terms and conditions of the coverage provided, courts have generally held that the latter claims – many of which arise from social engineering – are not covered.

Traditional computer fraud insuring agreements generally limit coverage to direct loss resulting from “theft” through the use of any computer system.”3 Many claims involving social engineering do not involve the fraudulent withdrawal of funds from the insured’s account, but instead involve an authorized withdrawal induced by fraud.4 Courts have held that such a loss is outside the scope of coverage typically afforded by the computer fraud insuring agreement because it does not arise “directly” from the use of any computer to fraudulently cause a transfer of property; it arises from an authorized transfer of funds.5 The mere fact that the insured received a fraudulent email inducing it to take action does not establish the use of any computer to fraudulently cause a transfer of that property. The insured has, upon receipt of an instruction, the choice to take immediate action, conduct an analysis of the instruction, or decline the instruction. That decision-making process breaks any causal nexus and thus, the loss arose from an authorized (and therefore uncovered) transfer of funds.6

The decision in Taylor & Lieberman illustrates this distinction between covered losses due to a hacking incident and uncovered losses arising from the knowing transfer of funds. In that case, the insured voluntarily transferred funds to a third party but claimed that its loss was nonetheless covered under a computer crime policy because it was induced to transfer the funds based upon information conveyed through a computer. The Ninth Circuit Court of Appeals held that receipt of an email is not an “unauthorized entry” into the insured’s computer: “T&L also argues that the computer fraud coverage applies because the emails constituted an unauthorized (1) “entry into” its computer system…. First, there is no support for T&L’s contention that sending an email, without more, constitutes an unauthorized entry into the recipient's computer system.”7

The Second Circuit Court of Appeals upheld coverage in Medidata Solutions v. Federal Insurance Company,8 but only after the insured proved that it received emails “armed with a computer code” which caused the insured’s email system to populate an email with the name, email address and photo associated with the insured’s president. The district court, however, acknowledged that the computer fraud insuring clause requires proof that the “perpetrator violate[d] the integrity of a computer system through unauthorized access.”9 The court found that the insured satisfied this standard and established coverage because the insured received spoofed emails that were allegedly “armed” with computer code.10  The Second Circuit affirmed that decision, based upon its conclusion that “spoofing code was introduced into the email system.”11

In so holding, Medidata distinguished the loss alleged therein from other social engineering schemes.  The district court acknowledged the decision in Taylor, but distinguished Taylor on the basis that it addressed whether the mere receipt of email triggered computer crime coverage and held that Taylor stood for the proposition that “the mere sending of emails from the client to the accounting firm did not constitute unauthorized entry into the accounting firm's computer system.”12 That ruling, Medidata held, did not apply because “Medidata did not suffer a loss from spoofed emails sent from one of its clients. A thief sent spoofed emails armed with a computer code into the email system that Medidata used.”13

Social engineering schemes commonly involve an authorized wire transfer input released by authorized signatories. These facts, the Fifth Circuit explained, break any causal chain between fraudulent emails and the loss:  “The email was part of the scheme; but, the email was merely incidental to the occurrence of the authorized transfer of money.”14 Thus, traditional computer crime policies do not cover such losses: “To interpret the computer-fraud provision as reaching any fraudulent scheme in which an email communication was part of the process would, as stated in Pestmaster II, convert the computer-fraud provision to one for general fraud.”15

As the cases referenced explain, the computer crime insuring agreement and funds transfer fraud insuring agreement incorporated into standard commercial crime policies are designed to cover certain types of hacking incidents, not loss resulting from the insured’s conscious decision to proceed with a business transaction (even if induced by a fictitious or fraudulent computer submission). An insured seeking to cover the risk of loss from social engineering should consider insurance policies tailored to address such risks.

Filling in the Insurance Gaps

Subject to specific terms of coverage within the policy, social engineering coverage expands coverage traditionally afforded under commercial crime policies to address schemes arising from the impersonation of vendors, executives, and clients. Combined with strong internal controls, such coverage enables companies to better protect themselves against the growing risk of a catastrophic loss from social engineers.

Such coverage can be endorsed onto either a commercial crime policy or a cyber insurance policy.  Because commercial crime policies are oriented toward covering first-party loss, an insured may prefer to endorse social engineering coverage to that policy while preserving the liability coverage afforded under a cyber policy in the event of a breach which results in substantial liability exposure.

In the second part of our series, we will identify examples of schemes employed by social engineers and how to design and implement comprehensive security practices to mitigate the risk of a loss.