When autocomplete results are available use up and down arrows to review and enter to select.
Resources + Insights
Dec 15, 2022 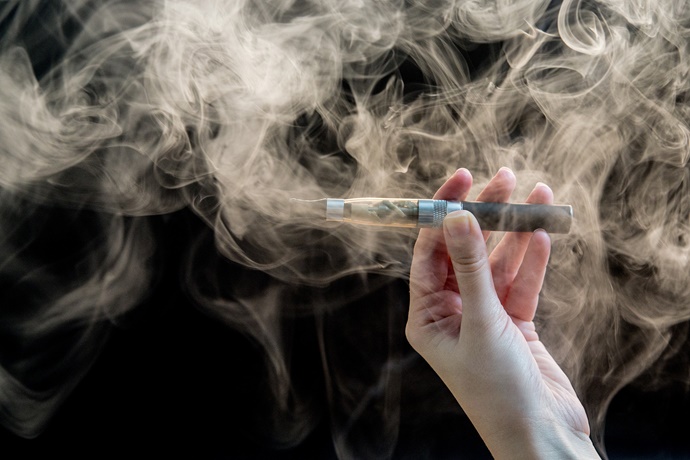 Health Hazard (HH) exclusions have long been the black sheep of cannabis product liability forms, with many agents and policyholders refusing to consider quotes featuring those two words.

Product liability coverage without restrictions for any disease, illness or health condition should be the clear preference for all insureds, but the absence of a HH exclusion from the forms list does not necessarily mean coverage is broader.

Cannabis insurance is a “buyer beware” marketplace and it’s critical for insurance professionals to understand the nuances of the many coverage forms available to effectively advise clients. Many cannabis insurers utilize proprietary coverage forms from top to bottom, embedding exclusions not found in standard ISO forms nor apparent from a cursory forms list review.

That nuance is absent from statements such as “health hazard exclusions remove all bodily injury coverage,” a common refrain to hear when discussing cannabis product liability. While such a statement may be close to the truth for the broadest versions of the form, it’s also misleading since it misclassifies the various HH exclusions in the marketplace as a single, standardized form. It also insinuates that a broad array of medical conditions will be affirmatively covered by a policy that doesn’t feature a HH exclusion.

This article will explore the various health hazard exclusions and how you can ensure your clients have the proper coverage to meet their needs.

HH exclusions fall along a spectrum and each form must be evaluated by its full wording, beyond just the title. At the most basic level, all HH exclusions remove coverage for certain medical ailments resulting  from cannabis use.

Broad health hazard exclusions remove coverage for an exhaustive list of medical conditions and illnesses, using general terms such as “any form of disease” or “disruption of organ function.” While bodily injury (BI) isn’t outright excluded, it can be challenging to imagine claims scenarios where coverage might apply to BI caused by consumption of the insured products.

A select few carriers write cannabis product liability without any type of HH exclusion, affording the broadest coverage available in the market. Carriers without any variation of HH exclusion are generally utilizing ISO coverage forms, allowing for easy comparison of which non-standard exclusions are attached.

Most carriers that don’t use a HH exclusion still feature similar forms under different names.  Disease, condition & illness exclusions may be standalone forms but are often embedded within proprietary product liability coverage forms.

Reports of serious respiratory injuries and deaths tied to vape products peaked in September 2019. The Centers for Disease Control (CDC) reported a nationwide total of 68 deaths and 2,807 hospitalizations  attributed to e-cigarette or vaping product use-associated lung injury (EVALI) as of February 2020. The CDC strongly linked the EVALI outbreak to vitamin E-acetate, an additive used in some black market and unregulated vape products but could not rule out the contribution of other chemicals to the outbreak.

Increased awareness and enforcement are thought to have greatly reduced the instances of such injuries, but anecdotal examples persist, and the CDC is no longer tracking statistics.

While EVALI has been largely attributed to unregulated products, state-licensed cannabis operators have also experienced product liability claims featuring similar allegations. The cost of defending such claims can be in the tens or hundreds of thousands of dollars, even if the claim is meritless and the insured is not found to be at fault.

So how would the various exclusions discussed above apply to such a claim? Each claim represents unique circumstances and coverage determinations must be made in context of the entire policy, but EVALI nonetheless provides a useful case study to consider how the various exclusion terminology might be applied to novel injuries allegedly caused by cannabis consumption.

According to the CDC, typical EVALI incidents involved individuals who contracted lipoid pneumonia after inhaling vape products containing vitamin E-acetate, which can coat the lungs with a thin film.2  Would such an incident constitute a condition, disease or illness?

The terms “condition”, “disease”, and “illness” typically are not defined in the policy and may be subject to interpretation by insurers and the courts. In common usage, “condition” broadly means “a health problem with certain characteristics or symptoms.”3 “Illness” is a similarly broad term, noting “an unhealthy condition of body or mind.”4

An academic survey of medical terminology usage found that “the term ‘disease’ has no unambiguous, generally accepted definition,” but that physicians generally start referring to conditions as a disease “once medical science identifies a causative agent or process with a fairly high degree of certainty.”5

EVALI instances would generally be considered acute poisoning or illness. It would clearly constitute a medical condition, but whether it would be considered a disease could be open to debate.

In determining coverage, consideration would need to be given as to whether the allegation is of acute injury occurring at a discrete point in time in connection with a specific product and whether the claim falls under an exclusion’s exception granted for acute injury.

Vape products containing a non-cannabis ingredient intentionally added by the manufacturer would not appear to meet commonly used definitions of “contaminated,” but could potentially be “adulterated,” especially if the ingredient was not disclosed on the label.

Courts have consistently held that ambiguous coverage forms should be interpreted in favor of the insured, but affirmative coverage is preferred, especially while many cannabis operators remain skeptical of insurers’ willingness to defend claims. The cannabis industry has yet to see any multi-million-dollar product liability claims to test insurers’ claims handling processes, but the potential is there. If cannabis product liability claims turn from a trickle into a flood, expect the nuances of coverage forms to play a major role in determining which policies afford coverage and which exclude it.

It’s important for retail agents and brokers to partner with a wholesaler who has expertise in the cannabis sector and can help navigate the various exclusionary wording in policies to obtain the broadest possible coverage for your clients. Amwins has numerous cannabis specialists spanning property, casualty and professional lines coverages.

This article was written by John Deneen, vice president and cannabis insurance specialist with Amwins Brokerage in Denver, CO.