When autocomplete results are available use up and down arrows to review and enter to select.
Resources + Insights
Aug 16, 2022 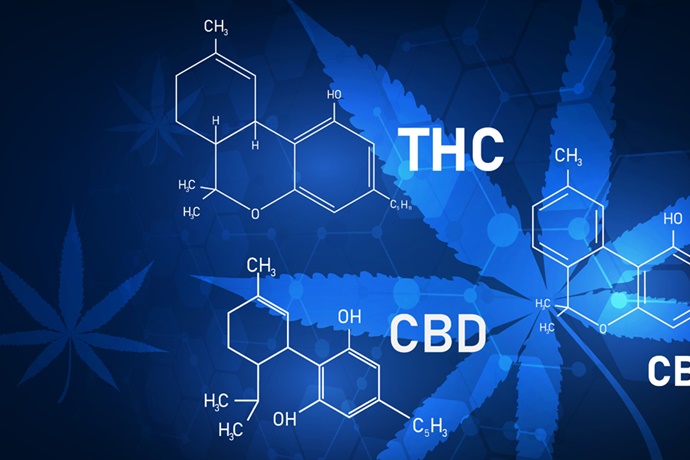 The two most widely known components of the cannabis plant, Delta-9 THC and CBD, are categorized as major cannabinoids due to their high level of concentration in cannabis, yet according to the National Library of Medicine, scientists have discovered more than 120 minor cannabinoids to date in the plant’s genetic makeup that, when extracted, could also be effective in treating a variety of ailments and conditions.

Over the last few years, CBD has become a household name and the U.S. minor cannabinoid market is expected to reach $26.2 billion by 2028, according to Grand View Research. Despite this growth in popularity, the cannabis industry is still relatively young from a legal perspective and therefore difficult to insure due to a lack of history and knowledge in writing the risk.

Products using minor cannabinoids are even more difficult to place since regulation can vary by state. This article will explore the challenges posed by the booming minor cannabinoid industry, recent court rulings that significantly impact the space, and coverage concerns that agents and brokers should be aware of when insuring this burgeoning industry.

The public perception and legality surrounding use of marijuana has shifted greatly in the past 30 years. From insomnia to migraines, arthritis to stress relief, today’s consumers are looking for cannabis products that provide natural, plant-derived treatment of symptoms with or without intoxicating and psychoactive side effects.

As demand grows throughout the country, manufacturers in the space have funded more in-depth research on the components of the cannabis plant. While Delta-9 THC is classified as intoxicating substances, research indicates that some minor cannabinoids can offer similar reprieve from symptoms of medical illnesses or conditions without the psychoactive component that gives users a “high” feeling. As such, cannabinoids have the potential to introduce a completely new consumer base.

According to consumer data from BDSA, the leading market research firm covering the legal cannabis market in the U.S. as well as global markets, more consumers are taking it upon themselves to increase their familiarity with minor cannabinoids and their potential benefits. In response, the cannabis industry has increased its efforts to provide more consumer-facing information to help educate the public on the benefits of the minor cannabinoids, including cannabinol (CBN) and cannabigerol (CBG), in product formulations. Recognizing the market potential, manufacturers are ramping up production of CBN and CBG enhanced products, while CBD product manufacturing appears to be slowing down.

BDSA data shows that in the first quarter of 2022, the market had 70% more CBN-containing products than in Q1 of 2021 across Illinois, Massachusetts, and Michigan, as well as in the mature markets of California, Colorado, Nevada, and Oregon. Additionally, many CBG-containing products grew exponentially year over year. The increased market interest and rapid production of minor cannabinoids have proven profitable.

The majority of this year’s CBN and CBG sales come from gummies that promote sleep. Gummies are closely followed by chocolates and tinctures.

The passing of the Farm Bill in 2018 opened the door for increased commercialization of components derived from the cannabis plant. Per the bill’s definition of hemp, anything with less than 0.3% Delta-9 THC (by dry weight) is removed from the controlled substances act. States may provide additional regulation on hemp related cannabinoids so long as state law complies with the farm bill’s D-9 THC requirements. CBD/hemp is now fully legal in 33 states, restricted in 14 states and only fully illegal in three.

When CBD became federally legal in 2018, however, companies grew so much of it that they now must acquire large storage facilities to house their excess product, which deteriorates in quality as time passes.

Today, one of the largest minor cannabinoid products on the market is Delta-8 THC, which made waves recently when the Ninth Circuit Court of Appeals ruled the product federally legal under the Farm Act’s definition of “hemp.”

Since Delta-8 THC is an intoxicating substance, largely marketing itself as a “legal high,” some states are now pushing to restrict its legality and availability in stores. This illustrates one of the most difficult barriers to insuring minor cannabinoids – lack of federal regulation means legality is decided on a state-by-state basis. Some states have limited regulations on these cannabinoids, while other states ban specific minor cannabinoids altogether (such as Delta-8 THC), while mandating little or no regulation for other cannabinoids like CBG and CBN.

The lack of regulation for minor cannabinoids plays a huge role in an insured’s ability to find coverage because it creates additional exposures.

For instance, Delta-8 THC is chemically manufactured and relatively new in market availability.  Because there is little to no research available on the long-term effects of the extraction process or any residual chemicals potentially lingering in the final product, the FDA has not evaluated or approved Delta-8 THC products for safe use in any context.

The few carriers that choose to write risks containing minor cannabinoid products are extremely cautious of any health-related claims that companies include on product packaging and marketing. These statements have the potential to trigger product liability or false advertising claims. Most carriers require FDA disclosures warning consumers that the products and ingredients have not been evaluated for efficacy.

Insuring cannabinoids is further complicated by the fact that many carriers use endorsements to limit coverage. Some of those problematic endorsements include foreign products exclusions, which encompass vape devices as most are manufactured abroad.

For product liability coverage, many MGAs in the cannabis and nutraceutical sector are pushing more restrictive claims and reported policy forms. The “and reported” aspect of the forms gives insureds much less time to file a claim after the policy period is over, making a payout less likely. Insureds must either purchase an extended reported period or they must report any claims within 30 days of the policy period ending. Retailers and insureds should be aware that coverage is not as robust as traditional carriers on the E&S side.

Since every cannabinoid, minor and major, is subject to different regulations at a state level, oftentimes MGAs try to place Hemp, CBD, CBG, CBN and other natural cannabinoid risks on their marijuana policy forms. This creates highly problematic claims scenarios and could also create an E&O exposure for the broker. Marijuana policy forms are built for products that are federally illegal and prohibit out of state and online sales. Minor cannabinoid risks should go to a traditional life science carrier who can place the risk as a health or nutraceutical product, rather than as a cannabis product without THC.

As new minor cannabinoids are discovered every year with projections for significant market growth, this space presents opportunity for insureds and retailers alike. Medical marijuana used to exclusively target patients with extenuating circumstances like glaucoma and cancer, but today’s cannabis and nutraceutical market has expanded to far more demographics.

Amwins has specialists with deep expertise in the cannabis and nutraceutical space, allowing us to consult and advise our carrier partners on creative coverage solutions when presenting risks. We also help our retail clients navigate this emerging industry and provide guidance on risk mitigation strategies to obtain the best result possible.

This article was written by Morgan Moore and Norm Ives, cannabis specialists with Amwins Brokerage.

A Budding Market: Professional Lines Opportunity in The Cannabis Sector