When autocomplete results are available use up and down arrows to review and enter to select.
Resources + Insights
Mar 19, 2019

Loss of Income: Is Depreciation a Continuing Expense? 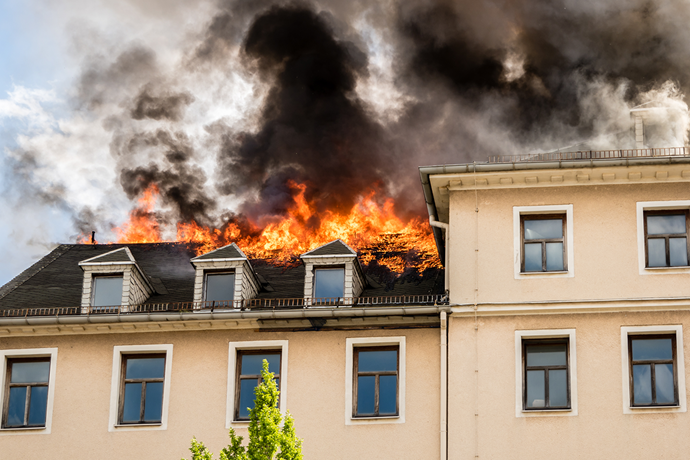 When a business suffers a loss to a fixed physical asset, such as when a fire damages a building, the insured may incur an interruption to their business which can result in the loss of income and the incurrence of expenses.

The Property insurance policy will define what a business interruption (BI) loss is and will provide guidelines regarding how a BI loss will be calculated. Business interruption is a broad category that applies to an overall loss of income. While forms will vary slightly, two sample definitions of BI are:

Rental value income (RVI) is another coverage that pays for a loss of income stream. However, the coverage is a narrow category which applies to lost gross rental income from the use of property when the insured leases or rents property out for a profit.

This article examines how BI and RVI losses may treat depreciation after the damage or destruction of a fixed physical asset.

Depreciation is an accounting method used to allocate the cost of a tangible asset over the life of the asset. Depreciation doesn’t represent a cash transaction but instead is an accounting and tax function that is precipitated by book entries. Businesses must follow laws and regulations concerning when and how they can take depreciation deductions. An examination of how or when property is depreciated for accounting and tax purposes is beyond the scope of this article.

Additionally, state laws and cases will affect the outcome, especially if the insurance policy is silent on the issue of depreciation.

Insurance adjusters and insureds each have their own perspective as to how depreciation should be treated in the payment of an income loss to the business. Below is a sample of arguments made by the different parties; however, the list is not exhaustive.

The insured business may argue:

Insurance is designed to indemnify or make whole to the extent possible an insured after a covered loss.  Insurance should not create a windfall or deficit for an insured.

It is important to determine which coverage should apply to a particular loss, as BI and RVI coverage are not calculated the same way. In general, BI applies to all income from any source, while RVI is limited to income derived from the use of the property. For example, if an apartment building has a fire, the owner may lose rental income. Although this loss might fit both the BI provision and the RVI provision, numerous courts have held that if a general provision (BI) and specific provision (RVI) both pertain to a loss, then the more specific provision should apply. As an example, in the Illinois Court of Appeals case Continental Casualty Co. v. Polk Brothers, Inc., the court held that where both a general provision and a specific provision in a contract address the same subject, the more specific clause controls.

The court disagreed and stated that although depreciation was generally found to be a non-continuing expense for BI, RVI protected different interests, and the analysis to determine what a non-continuing expense is must be considered independently from how the analysis is performed for BI. In the policy, BI defined loss in terms of a reduction in earnings, whereas RVI defined loss in terms of gross rental income. Specifically, the court stated that the BI coverage on the policy protected the insured’s “profits” from its leases, whereas the RVI coverage protected gross income generated from its leases and not just profit. The court reasoned that RVI protected cash flow and the depreciation in this case was not an out-of-pocket charge or expense but an accounting device and therefore not properly deducted as a non-continuing expense.

In the Appellate Court of Illinois (Third District) case Cohen Furniture Co. v. St. Paul Ins. Co., one of the insured’s buildings was destroyed by fire and the insured made a claim for BI. The issue presented to the court was whether depreciation is a continuing expense during the period of restoration that should be included in the BI recovery. The court held that depreciation of a building that was destroyed is a non-continuing expense and therefore not included as part of the recovery for BI.

In general, when a fixed asset – such as a building – is damaged and will be repaired, the business will continue to depreciate the structure in accordance with laws, regulations and accounting practices.  However, if a building is destroyed, depreciation will likely discontinue because the structure doesn’t exist any longer.

Although BI and RVI provisions can be similar, one size does not fit all in terms of interpretation and application of the wording. The following case is an example of the process a court takes to determine whether depreciation should be part of a loss of income recovery when the insurance policy is silent.

The Supreme Court of Illinois agreed with the analysis set forth by the lower-level circuit court. The circuit court stated that depreciation as a non-continuing expense should have been specifically included within the contract if USF&G intended for it to be deducted. The court reasoned it was not logical that Grevas would intentionally purchase coverage that would allow Grevas to recover less when the asset was totally destroyed than it would have if the asset was partially destroyed.

The Supreme Court of Illinois stated that rents are limited to the consideration generated from the property. The court stated depreciation does not involve expenditures which reduce the cash flow of a business; rather, it is an accounting factor for tax purposes.

“No sums are set aside in anticipation of maintaining the integrity of the investment; thus it would be difficult to characterize depreciation as an expense affecting the cash flow of a business.”

All of the other expenses USF&G deducted were out-of-pocket expenses.

It is important to remember that jurisdictions differ in how they treat depreciation in an income loss. In this situation, the loss was paid from the RVI provision and not the more general BI provision, which is noteworthy. It would be unwise to assume the loss calculations would be the same for both provisions.

How depreciation of a fixed asset is treated in an income loss is contingent upon numerous factors.  However, claim disputes may be mitigated to an extent by using clear and unambiguous wording in the property insurance contract. The language should outline how depreciation will be treated in the event of an income loss in order to ensure that the principle of indemnity is upheld.