When autocomplete results are available use up and down arrows to review and enter to select.
Resources + Insights
Jun 15, 2021 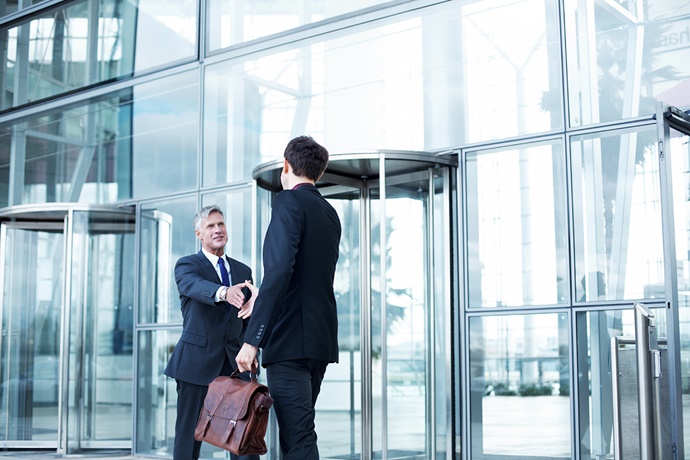 With substantial growth in the Special Purpose Acquisition Companies (SPAC) space, the SEC is increasingly scrutinizing their structure and internal controls, causing the already difficult D&O market to take note of the additional risk inherent to SPACs and the de-SPAC process.

This article explores SPACs and their popularity, the difference between traditional IPOs, inherent risks, underwriting concerns, new regulatory action, and the state of the SPAC and de-PAC market.

SPACs are companies formed with the sole purpose of raising capital to later acquire one or more existing businesses. SPACs have been around since the 1990s and were created as an easier and faster way to bring a private company public by avoiding some of the regulatory scrutiny and other headaches associated with the traditional IPO process. They quickly grew in popularity until the 2008 financial crisis led to a major pullback by investors – and the use of SPACs diminished.

Recent years, however, have seen a resurgence in SPAC activity, fueled by current monetary conditions, interest by a wide range of investors, and COVID-19 disruption of the traditional IPO process. By March of this year, global SPAC volume was already at $170 billion, eclipsing 2020’s full-year total of $157 billion, with U.S. SPACs alone accounting for $64.2 billion of this year’s total.1

There are five key differences between SPACs and traditional IPOs.

1. SPACs are not operational companies. They are “shells” formed solely to raise capital until a company is targeted to acquire and take public. SPACs are typically formed by investment banks, private equity firms, or other sources with access to significant capital resources. SPAC shares can be publicly traded and all the capital raised by a SPAC is stored in a trust account.

2. A traditional IPO involves taking a known entity public. In contrast, according to SEC regulations, the founders/sponsors of the SPAC cannot have the future target(s) of acquisition already selected.

3. The time it takes to bring a private company to the public market is much shorter via the SPAC route than with a traditional IPO. SEC registration documents are much simpler and can typically be done in a matter of weeks, compared to months for a company that has actual operations. When a SPAC does acquire a target, it can simply merge that company into the “shell.”

4. Once a target company has been identified for acquisition, the de-SPAC process starts. This process is similar to a traditional merger and involves many of the same requirements, including audited financial statements and other disclosure items. It also involves filing of proxy statements with the SEC for review and comment, providing proxy statements to SPAC shareholders, and obtaining shareholder approval. This process is typically the longest in the lifecycle of a SPAC, but even so is still significantly shorter than with traditional IPOs, taking as little as a few months and typically not more than six.

5. Unlike a traditional IPO involving an operating company, a SPAC does not “survive” if it does not succeed in finding a target. Typically a SPAC has up to two years to find a business to acquire. If it does not, the trust is liquidated and returned to investors. However, founder shares and warrants expire without any value, which incentivizes founders—who are typically compensated via warrants—to succeed.

SPACs present many D&O exposures that are similar to traditional IPOs, including lawsuits stemming from claims of mismanagement, fraud or intentional misrepresentation, inaccurate information and understated risks. However, there are some unique risks to SPACs, including:

Primary among these risks is scrutiny by the SEC, which has increased as the volume of SPAC activity has grown. For instance, in March 2021, the SEC sent letters to several Wall Street banks requesting information on their SPAC activity, including deal fees, volumes and internal controls. The SEC has also warned investors against buying SPAC shares based on celebrity endorsements.2

There are many approaches that plaintiffs pursue in making claims against SPACs. Some involve lawsuits alleging breach of duty by parties to the SPAC transaction. Whenever stock prices tumble following a de-SPAC transaction, class action lawsuits are virtually guaranteed. Class action suits can also allege faulty or inadequate disclosures in transaction documents; individual suits can be brought by investors as well. SPACs are also targets of “strike suits” where actions are filed to try to prevent a merger and quickly settled with a large payout to the plaintiffs and their attorneys, allowing the merger to proceed.

From an insurance standpoint, the SPAC structure and lifecycle present new wrinkles to the traditional D&O process. Because the SPAC is a shell company, the SEC form S-1 registration filing includes only information about the management team, board of directors, SPAC sponsor and general strategy for using the funds it raises. There is no operational information or the typical financial disclosures that would exist with a traditional IPO, even though SPAC stock can be publicly traded and purchased by everyday investors. And, because SPACs cannot have a target in mind when they are formed, this strategy may be very unspecific.

Risk management controls that many underwriters put in place for their SPAC portfolios include the following:

Another difference between SPACs and IPOs is that up to three different D&O programs are typically needed. One program would be needed for the initial SPAC and one for the de-SPAC.

The first would be a specialized SPAC policy or D&O policy with a SPAC endorsement, ideally written with an 18 to 24-month term to cover the typical SPAC lifecycle and with an extended reporting period (ERP or “tail”) of up to six years. The second program, for the de-SPAC, would be a traditional D&O form. Additionally, the private company target would likely have an existing D&O program in place. A Reps & Warranties policy should also be considered at the time of transaction.

There are variations in how different markets handle SPAC D&O. Some precharge for the ERP, typically for SPACs that have already listed or that may be located outside the U.S. Most programs instead incorporate an agreement to offer an ERP at a prearranged rate. Most markets also offer an ERP option at a significantly lesser cost for a SPAC liquidation event rather than a business combination event.

Finally, most offer standard A-B-C D&O cover throughout the two-year policy term, whereas others offer Side A cover during the two years and covert to A-B-C during the tail. However, one issue to watch relates to the SPAC’s purchase of a Side A only or A-B-C D&O, and involves a Side A policy potentially disclaiming coverage on the basis that the SPACs management team should be entitled to indemnification from the sponsor.

The presence of multiple D&O policies during the SPAC lifecycle also means that several different programs could be involved in a particular claim. Each carrier has its own claims philosophy and, with multiple programs and multiple carriers in each tower, plaintiffs’ attorneys work to exploit these differences—and deep pockets—to secure a payout.

State of the SPAC Insurance Market

The D&O market continues to be challenging for public companies and IPOs are particularly problematic. Shareholder actions against IPOs are common, buyers can expect to face at least a $2 million retention and often higher, with a price of at least $100,000 per million of limit. Additionally, only a few underwriters are truly contenders in the primary space.

The market for SPAC D&O is even more difficult, with only a handful of markets interested. With many avenues for lawsuits available to plaintiffs’ attorneys and increased SPAC activity, legal action has exploded as well, with the rate of new lawsuits this year more than triple that of 20203. Understandably, this has raised underwriting concern. Additionally, underwriters may assess and price accounts on a portfolio basis, rather than an individual basis, hoping to collect enough premium to cover portfolio losses in the absence of data or experience on which to base individual account pricing.

Some of the more aggressive markets in the SPAC space last year have announced more conservative underwriting for 2021. Lack of competition will keep pricing high – most underwriters are now pricing SPAC extended reporting periods at 300% or more for six-year periods.

De-SPAC transactions have become easier to place as more carriers have become interested in offering terms given the potential for opportunistic pricing, attachment levels and restrictions.

As the SPAC market continues to grow and evolve, the D&O market for SPACs does so as well. In this marketplace, broker experience and partnerships with underwriters is essential. Amwins has the experience and expertise to not only provide access to viable markets, but a level of consulting advice that adds value to the transaction. Additionally, Amwins Global Risks provides access to Bermuda markets that can be disruptors in the excess D&O space.

This article was written with contributions from the following Amwins’ Professional Line specialists.

How Excessive Fee Litigation is Changing the Fiduciary Insurance Market

Are Brokers in for a Tsunami of Pandemic-Related E&O Claims in 2021?