When autocomplete results are available use up and down arrows to review and enter to select.
Resources + Insights
Jun 18, 2019 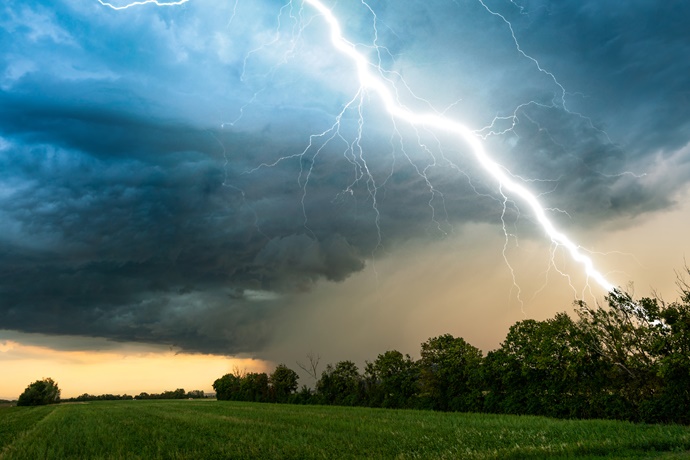 Consider this scenario: you receive your property insurance renewal proposal, and the insurance company has added a convective storm deductible.  You may be wondering what this means and what impact it will have on total cost.

As a result of significant storm-related losses in recent years, insurance companies are obligating policyholders to take on increased risk-sharing of storm losses via deductibles.

According to The National Severe Storms Laboratory (NSSL) of NOAA, convective storms are usually created by surface heating. Convection is upward atmospheric motion that transports whatever is in the air along with it – especially any moisture available in the air.  A thunderstorm is a result of convection.1

Squall line and supercell systems are examples of convective storms. The NSSL provides the following definitions and graphic representations of these storms.2 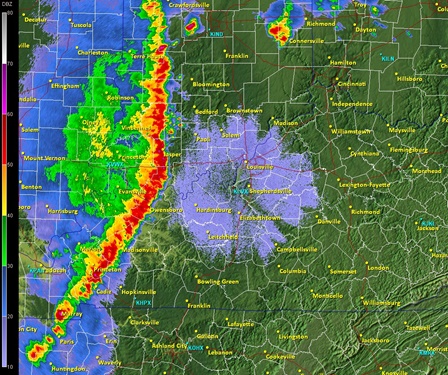 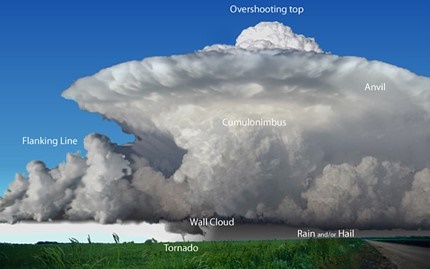 In the Midwest region of the United States, squall lines and supercells are a common part of spring and summer weather. These intense storms have always been part of the region’s climate. Therefore, convective storms are not a new concept.

Deductibles represent risk sharing by a policyholder. For each loss paid by the insurance company, the policyholder contributes dollars through the application of a deductible.

A convective storm deductible without boundaries and a specific definition will create a significant and potentially unjustified burden for policyholders. This is because underwriters impose higher risk-sharing deductibles when they perceive the overall risk exposure for a given peril to be excessive.  For example, it is reasonable for a policyholder to have a higher risk-sharing obligation for the peril of hurricane wind and storm surge for their coastal property in Florida.  However, is it reasonable for severe thunderstorm risks in other states to receive the same high deductibles as hurricane in Florida?

Let’s assume that a policy includes the following deductibles:

Of the various elements associated with convective or severe storms, tornadoes are of particular concern to the insurance industry because of the potential for catastrophic damage.  According to NOAA, several factors can create a misleading appearance of an increasing trend in tornado frequency:

NOAA has stated that one of the main difficulties with historical tornado records is that a tornado (or evidence of such) must have been observed to be recorded in the past.  Therefore, if people did not witness a tornado or there was no evidence of tornado damage, the tornado was not recorded.  Today, most of the United States is monitored by NOAA’s Doppler weather radars.  Therefore, increased reports of tornados do not necessarily indicate that there are more tornados today than 50 years ago.


Expanded Use of Wind / Hail Deductibles

Wind and hail deductibles have been applied for years, and certain geographic areas of the United States face excessive risk for the peril of wind and/or hail.  Policyholders with property assets in these high-risk areas may be required to assume a higher risk obligation through a deductible in order to obtain insurance protection.

The reality is, every state has a risk of hail.  Increased risk sharing through deductibles should occur when the risk to hail is excessive and not simply because the risk exists.

As with similar elevated-risk perils (e.g. hurricane), the risk-sharing obligation of the policyholder may be tempered by working with the insurance company to understand the exact risk concerns (e.g. hail in specific high-risk Texas counties vs. all counties in Texas) and avoiding misleading information concerning the rise of a risk (e.g. tornadic activity). By crafting the deductible wording to clearly reflect the specific risk to which the higher deductible applies, it may be possible to avoid a blanket application of the deductible to all of the policyholder’s locations.

Loss of Income: Is Depreciation a Continuing Expense?