When autocomplete results are available use up and down arrows to review and enter to select.
Resources + Insights
Apr 15, 2021 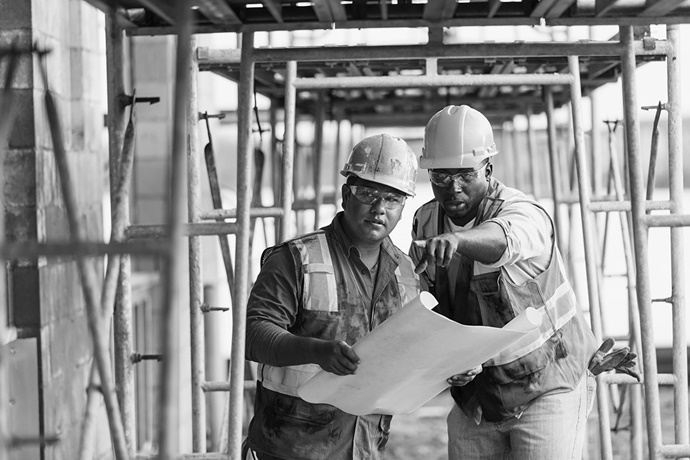 Contractor’s general liability policies can contain a myriad of amendatory endorsements and exclusions. Careful review of the terms and conditions, especially when working with E&S markets, is critical to ensure proper coverage for insureds and no unpleasant surprises when a loss occurs.

This article explores 11 of the most common and challenging endorsements and exclusions found on contractor’s general liability policies.

Gencon, a general contractor, was nearly finished constructing a five-story apartment building when an employee accidentally damaged a sprinkler head, causing a leak. Gencon made an emergency call to the plumbing store next door and “Joe the plumber” promptly arrived and quickly repaired the damaged sprinkler head before any significant water damage occurred.

Unfortunately, one year after completing the project, the repair failed and the building experienced significant water damage. Gencon was sued and submitted a claim to its insurer. Much to Gencon’s dismay, the insurer denied coverage based on the fact that the faulty work was done by a subcontractor, “Joe the plumber,” who did not have insurance that complied with the subcontractor’s warranty limitation form on Gencon’s General Liability policy (e.g., inadequate limits, no additional insured status, etc.). In their rush to fix the damaged sprinkler head, Gencon had failed to review “Joe the plumber’s” insurance. Gencon learned a hard lesson and worked with their agent to negotiate for a less punitive subcontractor’s warranty endorsement at their next renewal.

This type of restriction is not uncommon. Contractor’s general liability policies, particularly in the E&S marketplace, often include a variety of onerous endorsements. Be aware that carriers may apply diﬀerent labels to many of these forms.

The following endorsements and exclusions should be avoided, or less restrictive options negotiated whenever possible, if they appear in your client’s policy.

What it is: The ISO Commercial General Liability Coverage Form (CG0001 04/13) provides for an important exception to the exclusion for bodily injury to the insured’s employees (exclusion d, Section 1, Coverage A). The standard exclusion does NOT apply to liability assumed by the insured under an “insured contract.” It is not uncommon for carriers to attach forms which eliminate this important exception to the employee exclusion, particularly for contractors operating in New York where “Action Over” claims are relatively common.

These endorsements are often informally referred to as “Labor Law” exclusions. Their intent is to preclude coverage for claims by injured employees or workers and typically involve claims made against the general contractor and/or job owner, alleging they violated “safe place to work” requirements (e.g. NY Labor Law S240 commonly referred to as “the Scaﬀolding Act”). The specific exclusionary language is often contained within endorsements labeled as Employers Liability Exclusion, Worker Injury Exclusion or Contractual Limitation.

What it is: Like Injury to Employee Endorsements, these forms typically eliminate “Labor Law” or “Action Over” coverage as respects injury to independent contractors and their employees.

What it is: Carriers will use this type of endorsement to restrict coverage to the specific operations/exposure they’ve classified and rated for on the policy or described on the declarations or by endorsement language. One carrier’s form reads as follows:

This insurance applies to “bodily injury,” “property damage” or “personal and advertising injury” not otherwise excluded herein, arising out of only those operations which are described by the classification shown on the Commercial General Liability Coverage Declarations, its endorsements and supplements.

Coverage Limitation: ISO commercial lines classifications were never intended to be fully descriptive of a contractor’s operations. Likewise, an underwriter’s description inserted on the declarations or endorsement often do not fully capture the breadth of an insured’s activities. As a result, they leave significant room for coverage disputes in situations where a contractor is involved in ancillary activities not clearly described by the ISO classification(s) or business description language drafted by the underwriter.

If these limitations cannot be removed, it is imperative that the classifications or business description utilized be made as broad as possible to ensure they are inclusive of all the insured’s potential activities.

What it is: The ISO Commercial General Liability Coverage Form (CG0001 04/13) provides relatively broad contractual coverage within the basic contract. Most notably, item f. within the definition of “insured contract” specifies that an insured contract includes:

That part of any other contract or agreement pertaining to your business (including an indemnification of a municipality in connection with work performed for a municipality) under which you assume the tort liability of another party to pay for “bodily injury” or “property damage” to a third person or organization. Tort liability means a liability that would be imposed by law in the absence of any contract or agreement. Note: There are exceptions to this section - refer to the policy language for details.

This is the section of the definition most applicable to contractors utilizing construction and sub-contractor agreements. Carriers, particularly in the E&S markets, often attach ISO form CG2139 (10/93), Contractual Liability Limitation, which eliminates section f. of the definition of “insured contract.” Carriers may utilize proprietary forms with various titles that do much the same thing, making careful review imperative.

What it is: These endorsements are sometimes very broad and may exclude coverage for suits by any insured against any other insured. There are also examples where carriers include language that precludes coverage for suits by employees (with no exception for liability assumed under an “insured contract”). This is a major concern in states such as New York where employee “Action Over” claims are common.

6. Damage to Work Performed by Subcontractors on Your Behalf Exclusion

What it is: ISO form CG2294 (10/01), or a carrier’s equivalent endorsement, eliminates the exception to the exclusion for damage to “your work” (exclusion l., Section I, Coverage A of the Commercial General Liability Form 04/13) for work performed on the insured’s behalf by subcontractors.

Coverage limitation: If your insured utilizes subcontractors, this type of restriction presents a significant gap in coverage. If your insured is a general contractor, it virtually eliminates completed operations property damage coverage, at least in respect to the work done on behalf of the insured by subcontractors.

What it is: These endorsements establish minimum requirements for subcontractors relative to what is considered “adequate insurance” and what risk management controls must be in place.

Examples most often include:

Coverage Limitation: Typically, failure to comply with the terms of these endorsements results in one of four types of penalties:

If removal of such endorsements is not possible, every eﬀort should be made to avoid the first type of penalty (hammer clause).

What it is: Liability Coverage Form (CG0001 04/13) provides coverage for injury or damage that is caused by an “occurrence” during the policy period regardless of when the work was done.

Coverage limitation: These exclusions create a significant gap by excluding coverage for work completed prior to the inception date of the policy. Any future “occurrence” related to work done prior to the policy inception is excluded.

What it is: Subsidence or earth movement exclusions are being used much more often. Underwriters will typically agree to remove these exclusions if the insured can demonstrate proper controls (e.g., routine geotechnical review) and that there is no history of subsidence claims.

Coverage limitation: For contractors involved in ground up construction, foundation construction, excavation or any other activity involving the movement of earth, these limitations are particularly onerous and create a significant coverage gap.

What it is: Residential exclusions can be very broad (e.g., all types of residential, possibly including apartments) or more narrowly focused (e.g., only applicable to work involving new condominium, multi-unit habitational or tract homes). Some forms specify the maximum annual number of new starts for home builders, the number of homes within a development or the number of condominium units in a given project.

Coverage limitation: Contractors of all types, including “commercial” contractors, may get involved to some degree in residential work, even if on a very incidental basis. Coverage for such work may be excluded entirely by these exclusions. It’s imperative to fully understand the scope of such exclusion to ensure gaps in coverage do not exist.

What it is: The pollution exclusion within the ISO Commercial General Liability Coverage Form (CG0001 04/13), although very restrictive, does provide limited pollution coverage.

For example, coverage is not specifically precluded for injury or damage arising out of the products and completed operations hazard. Additionally, coverage is not precluded for the accidental escape of fuels, lubricants or other operating fluids that are needed to perform the normal electrical, hydraulic or mechanical functions necessary for the operation of “mobile equipment” as well as for the accidental release of gases, fumes or vapors from materials brought into a work site in connection with operations being performed by the contractor.

Additionally, for ongoing operations at an additional insured’s site, there is the following exception:

There are also exceptions to the exclusion for premises occupied by the insured for bodily injury  “sustained within a building and caused by smoke, fumes, vapor or soot produced by or originating from equipment that is used to heat, cool or dehumidify the building, or equipment that is used to heat water for personal use, by the building's occupants or their guests” as well as for bodily injury or property damage “arising out of heat, smoke or fumes from a ‘hostile fire.’”

Coverage limitation: Carriers (especially those in the E&S space) often attach a “Total Pollution Exclusion” to their policies which is much more restrictive than the standard ISO GL pollution exclusion and eliminates the exceptions to the standard exclusion noted above.

NOTE: As most contractors have a need for this coverage, consideration should always be given to the purchase of a separate Contractors Pollution Policy.

Careful review of terms and conditions in contractor’s general liability policies, especially when dealing with E&S markets, is critical. The examples noted in this article are just a few of the restrictive forms that retailers should be aware of.

The brokers and underwriters in Amwins’ construction specialty practice have the expertise and carrier relationships to help you navigate the various challenges in this space.

This article was authored by Gary Grindle with input from John Willsey, casualty specialists with Amwins Brokerage in Farmington, CT.