When autocomplete results are available use up and down arrows to review and enter to select.
Resources + Insights
Feb 18, 2014 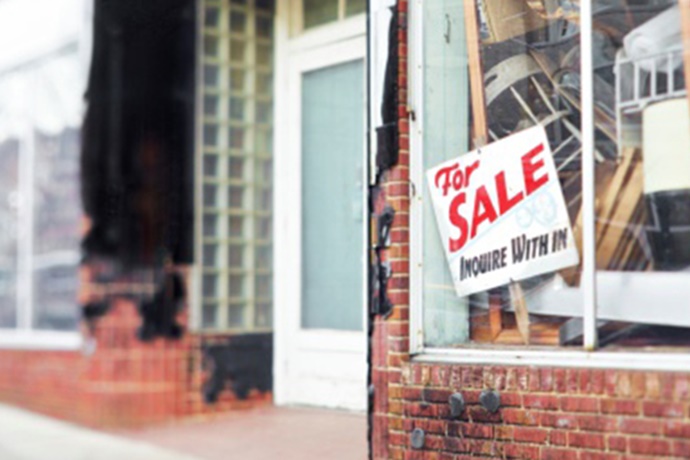 After Superstorm Sandy hit the Mid-Atlantic states in 2012, thousands of businesses were forced to close and remained shut down for weeks or even months. While the claim payments that follow a catastrophic event like Sandy certainly help repair property damage, business owners also continue to face monetary obligations and financial hardships further amplified by an interrupted business income stream.

Regardless of the size or scope of a business, a loss can have a devastating impact on a business owner beyond direct damage to the property or contents – a loss can leave an organization with bills and payroll but no revenue stream. Business interruption (BI) coverage is a well-known coverage that allows businesses to recover revenue lost as a result of a direct physical loss or property damage. While general property insurance provides protection for physical loss or damage to the property, business interruption insurance covers financial damages that result from an interrupted income flow.

That said, not all business income claims are the result of a direct loss. Contingent business interruption (CBI) is a less prevalent form of business income insurance that provides protection against revenue-related losses by covering lost earnings that are the result of a third-party supplier or distributor shutdown whose interruption directly impacts the insured’s ability to produce a product or provide a service. CBI coverage can help pay for continuing and ongoing expenses including payroll, rent, and other expenses that don’t stop, even though the business’ source of revenue has.
Hospitality venues in particular – hotels, restaurants and food vendors located next to a popular draw such as a theme park, professional sports venue or other attraction – should consider the ways that their business would be impacted should the “attraction property” close for a limited or extended period of time.

When CBI is Right

Determining if CBI coverage is right for a business requires a thorough understanding of the scope of the insured’s business operations and the various ways an interruption would impact revenue. Some exposures may be blatantly obvious, but others might not seem as common. Some relationships and scenarios to consider include:

Example: The devastation from the earthquake and resulting tsunami that swept across parts of Japan in March 2011 triggered a substantial number of BI and CBI claims from American manufacturers. Supply and distribution chains stalled or shut down entirely because the Japanese companies they relied on for parts, products or services were no longer operational, and were not operational for an extended period of time.

Example: After Hurricane Katrina, much of the Gulf Coast was left devastated as millions lost their homes – entire communities and many businesses were wiped out. People left the area completely and thousands of small businesses were unable to reopen after the loss due to the absence of clientele, which in turn also caused their previous suppliers a loss as well. Additionally, for many businesses that were rebuilt and re-opened, their loss of income stretched far beyond the standard period of indemnity due to a diminishing customer base or new competition. This type of loss can be mitigated with an extended period of indemnity clause, which allows the business a longer duration of time to regain their position in the market.

Too often CBI coverage is an afterthought, but it is becoming more and more important as business owners’ dependencies and supply chains are becoming increasingly complex as we continue to develop into a global economy. Underwriting CBI coverage – particularly for layered global programs that demand a large sublimit – requires a significant amount of lead time to allow thorough investigation, data vetting and even engineering. Record keeping is also critical to determining CBI coverage amounts, as investigators and forensic accountants will likely be used to determine the extent and impact at time of loss.
Due to the complexities involved in placing CBI and providing recovery following a loss, it is important to work with someone who is accustomed to the underwriting and claims process and familiar with the myriad forms available because they will provide more sophisticated coverage options that go beyond the standard ISO forms.
This article was authored by Dennis DeLuca, a property broker with AmWINS Brokerage of the Mid-Atlantic.