When autocomplete results are available use up and down arrows to review and enter to select.
Resources + Insights
Jun 9, 2016 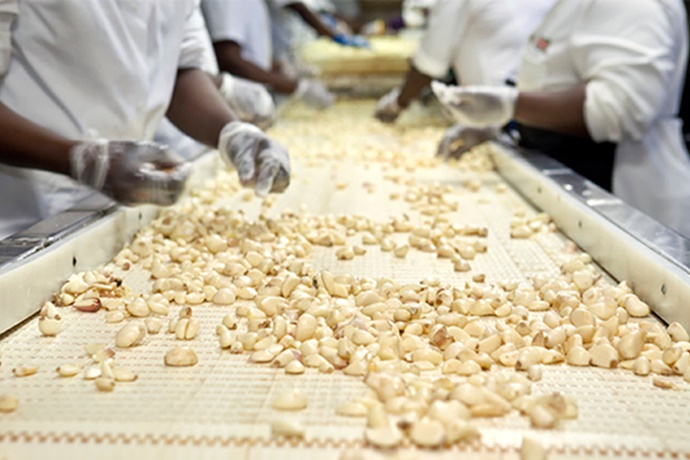 The following is a theoretical scenario.

USA Sugar is a processor of sugar. They bring refined sugar into their production plant, where it is transformed into a liquid form and sent to USA Sugar’s customers, who use the liquefied sugar in various food manufacturing applications.

On May 15, 2015 the FDA contacts USA Sugar and notifies them that salmonella was found in beverage products manufactured by two separate companies. Both strains of salmonella have been traced back to USA Sugar’s liquid sugar product. After a series of tests, it is determined that the liquid sugar was in fact the source of the salmonella. It was also determined that the salmonella contamination occurred in the insured’s facility between March 3 and March 17, which was a period of roughly two weeks.  On March 17, all production lines were broken down and a thorough cleaning was performed. The products manufactured after the March 17 cleaning appear to be free of salmonella.

As a result of the findings, USA Sugar decides to perform a voluntary recall of all products manufactured between March 3 and March 17. In addition to USA Sugar’s recall, all products containing USA Sugar’s contaminated liquid sugar will need to be recalled. The FDA classifies all related recalls as Class I, meaning consumption could result in serious health problems or death. 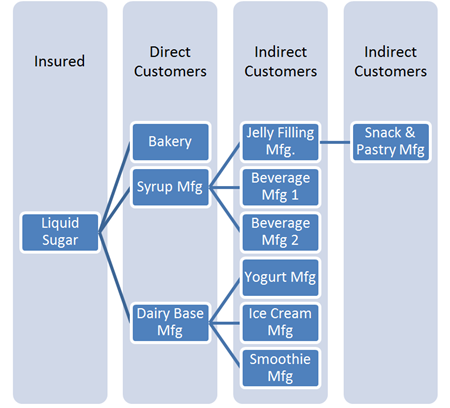 Fortunately, USA Sugar carried a Product Contamination policy
(product recall policy for consumable products), which covered
the recall and related costs incurred by the insured as well as other
third parties.

The following coverages were included in USA Sugar’s policy:

The appendix at the end of this article shows a breakout of the costs incurred by each entity and calculations of the total losses.  In all, this incident resulted in a total financial loss of $16,245,000, of which $12,640,000 were product recall related losses, and $3,605,000 was GL loss.

GL Loss – Because the GL pays for damage caused to property of others, USA Sugar’s GL policy covered a portion of the damage caused to the products containing the contaminated liquid sugar.  The value of the actual sugar in those products was covered by USA Sugar’s Product Contamination policy. The claims adjusters for the GL and Product Contamination policies reviewed the claim and agreed that the GL policy would cover 70% of the damage, and the Product Recall policy will cover the remaining 30%.

Furthermore, CLOP only covers their customer’s loss of profit.  It does not cover any brand rehabilitation, extra expense or other financial losses incurred by their direct customer.  Each of the insured’s customers (direct and indirect) incurred costs to rehabilitate their brand names.  In addition, the smoothie manufacturer was forced to shut down their production facility for six days in order to clean their facility.  That cost as well as the ongoing cost to maintain their payroll amounted to $150K.  In all, there were $3,920,000 worth of uncovered losses, which would have been covered if the insured had spent the extra money to purchase the broader Third Party Recall Liability coverage instead of CLOP.

How Does Customer Loss of Profit Coverage Differ from Third Party Recall Liability?

Unlike finished product manufacturers, who sell their products on retail store shelves, ingredient manufacturers sell their product to other manufacturers who use that product to make a number of other products, some of which are ingredients themselves.   For this reason, recalls of one ingredient can spur recalls of multiple other products. This phenomenon is sometimes referred to as the “multiplier effect.”  The finished product manufacturer will only need to replace their retail distributor’s loss of profit, which in most cases is minimal due to quick retail slotting.  Grocery stores can fill shelf space quickly with alternate products if necessary.  Conversely, the ingredient manufacturer will need to indemnify large financial losses sustained by multiple third parties.

This article was authored by Matt Carpenter, a vice president at AmWINS Brokerage in Chicago, IL and a product recall insurance specialist.  To learn more about AmWINS’ RecallReady team, click here.