When autocomplete results are available use up and down arrows to review and enter to select.
Resources + Insights
Jan 28, 2020 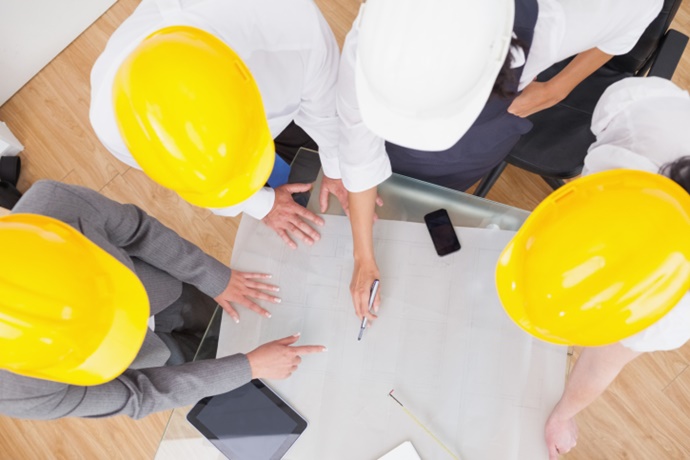 Traditionally, construction projects are subject to various insurance policies of the owner, developer, general contractor, and subcontractors. However, CIPs constitute a single insurance policy for all of these entities on a given construction project or series of projects. CIPs purchased or sponsored by property owners are known as Owner-Controlled Insurance Programs (OCIPs), while CIPs sponsored by general contractors are known as Contractor-Controlled Insurance Programs (CCIPs).

CIPs entered the marketplace in the 1940s, during the post-World War II industrial boom. The United Nations building and the Chase Manhattan Bank headquarters, both in New York City, were among the first construction projects to utilize CIPs.1 Since that time, and especially since the turn of the century, CIPs have become increasingly popular in both private and public sector applications.

CIPs allow for greater bargaining power on the part of the collective insured entities, streamline the claim handling process, and ensure uniformity of coverage (including aggregate and per occurrence limits) among all entities, which leads to more robust coverage terms and lower premiums. Let’s look at these advantages closer.

Of course, CIPs are not without drawbacks, including the following:

As with CIPs and traditional insurance policies, OCIPs and Contractor-Controlled Insurance Programs (CCIPs) offer unique advantages and disadvantages for owners and contractors, respectively.

OCIPs provide the owner with the greatest risk management control.

In OCIPs, the owner is the program sponsor, and therefore has the benefit and responsibility of selecting the insurance broker/administrator and the OCIP product, including the carrier, policy limits and terms. The owner, as the program sponsor, also determines the allocation of premiums and deductibles among the general contractor and subcontractors. The program sponsor may also select and have written into the program terms its choice of counsel in the event of a claim.

As the owner is making premium payments, the cost savings of using an OCIP generally inure to the owner’s benefit.11  OCIPs allow an owner to have a direct relationship with the carrier, leading to further long-term cost savings spread over multiple projects. OCIPs also allow the owner to obtain the benefit of lower premiums when multiple projects are involved. For example, a single OCIP may provide “rolling” coverage for one project or phase of a project after another, all in a single program. The aggregate limits of such an OCIP may be shared among all the projects or dedicated to each project, according to the owner’s preferences.12

An OCIP also allows an owner the ability to confirm compliance with the lender or investor-imposed insurance requirements.

The control and related features of an OCIP also offer disadvantages, which may steer owners to CCIPs. For instance, while OCIPs give owners control, they also burden owners with the requirements of being program sponsors (i.e. selecting broker, carrier, policy limits/terms, etc.).

In a CCIP, the general contractor will have the power to select the insurance broker/administrator, the carrier, policy terms, and counsel in the event of a claim. This decision-making may be most appropriate for a general contractor, as it is the intermediary between the owner and subcontractors, maintaining contractual privity with both. Further, a general contractor’s sponsorship of the CIP allows it to tailor those contracts based on the terms of the CIP which it negotiates.

CCIPs come with disadvantages similar to those of OCIPs, with the most important being that the ability to control the program requires its own costs in terms of time, resources, and administrative handling. Further, certain owners with well-established insurance programs may force general contractors to choose between working on a project with an OCIP or not at all. For owners, CCIPs create distance between risk management and themselves. Depending on the owner’s appetite for this management and cost savings, CCIPs may prove more costly.

The economies of scale often favor the use of CIPs for large construction projects, including mixed-used residential and commercial projects. However, smaller projects (e.g. under $25M in cash value) are also increasingly utilizing CIPs, especially for residential projects in venues where construction defect claims are common and robust coverage options are limited. CIPs streamline risk management by project where it would otherwise yield insufficient, inconsistent, and redundant insurance coverage. However, the advantages of OCIPs and CCIPs must be carefully weighed by owners and general contractors alike, with an eye toward the double-edged sword of control/responsibility and cost effectiveness.

Richard Glucksman is a partner of Chapman Glucksman Dean Roeb & Barger, which has offices throughout California. Mr. Glucksman is an AV Preeminent Rated Lawyer with Martindale-Hubbell, which is the highest rating available. He specializes in complex multi-party litigation, including construction law, environmental, commercial, business and catastrophic casualty litigation.

Ravi Mehta is an associate of Chapman Glucksman Dean Roeb & Barger. He specializes in complex construction litigation, mold litigation, and general liability, including catastrophic torts. He has developed a premier practice of representing craft builders of museum-quality residential properties for high net-worth individuals, as well as commercial projects, manufacturing facilities, and churches.

9 Some CIPs offer general liability coverage for designers and engineers, but professional liability insurance must be procured separately.

How to Protect Contractors from Economic Loss in Construction Projects