When autocomplete results are available use up and down arrows to review and enter to select.
Resources + Insights
Jan 26, 2017

Arbitration Law As We Move Into 2017 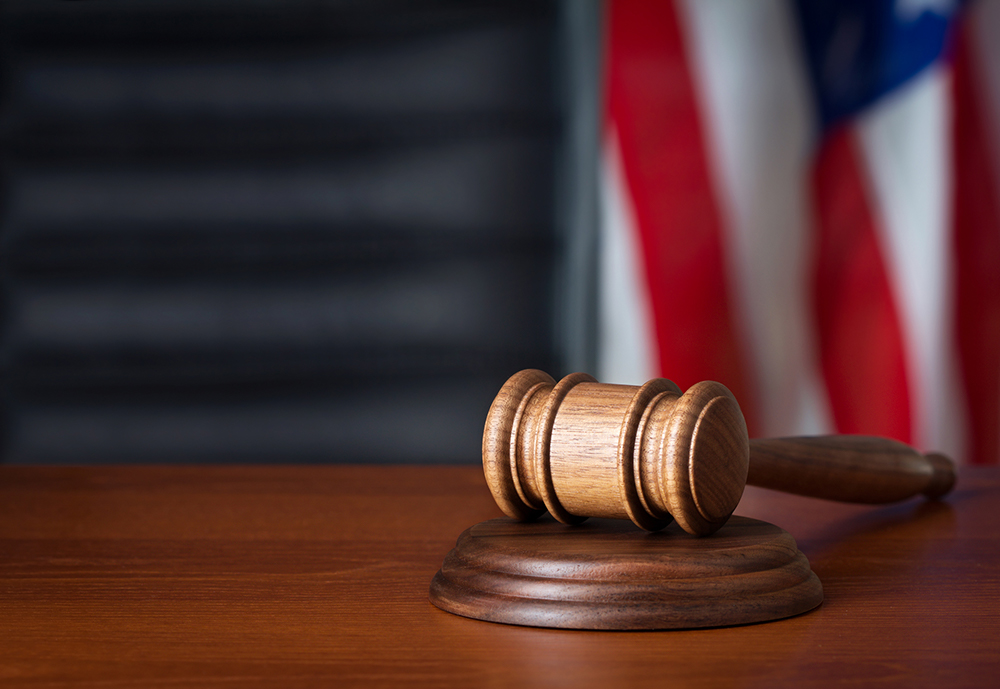 Arbitration is becoming a frequently preferred method for dispute resolution, especially in commercial matters and those involving consumer contracts. Generally, arbitration is seen as an expeditious and efficient method of resolving contractual disputes. Courts tend to uphold arbitration provisions as drafted by the parties, particularly where the provisions are fair to the litigants and provide for neutral ground and procedures for resolving the dispute.

Recent developments reinforce the public policy of enforcing arbitration and indicate a trend in broadening its application to a variety of circumstances. As a result, a large number of industries, including construction, employment, finance, consumer products and services, and healthcare, are seeing disputes increasingly litigated in arbitration. Often commercial parties prefer arbitration because it is perceived to procure finality more efficiently, in terms of both cost and time, and by a more experienced and knowledgeable decision maker than proceeding through the court system.

As a result of these conflicts, recent developments have produced a sharp increase in the higher court’s involvement, and that of state legislatures. While courts are split with respect to some arbitration-related issues, it is clear that the availability and enforceability of arbitration provisions has been, and will continue to be, greatly transformed by the nation-wide discussion currently taking place.

While there are many positives to arbitration, there are also drawbacks. This article discusses the basis and background of arbitration and current trending and emerging subjects related thereto.

Over the last five years, several of the United States Supreme Court’s decisions centering on the Federal Arbitration Act ("FAA") (9 U.S.C. §§ 1-16) provided guidance and insight with respect to the arbitration of transactions involving interstate commerce. These decisions not only impact transactions carried out across state lines, but also provide a basis for state courts’ analysis when it comes to decisions regarding state specific arbitration acts, most, if not all, of which closely parallel the FAA.

The U.S. Supreme Court held that arbitration is a matter of agreement and there is a strong national policy in favor of ordering arbitration where it was agreed to (Rent-A-Center West, Inc. v. Jackson (2010) 130 S.Ct. 2772, 2776), in some cases despite protests to the contrary (See Am. Express Co. v. Italian Colors Restaurant (2013) 133 S.Ct. 2304 (antitrust case)). This is policy is enforced through the FAA which provides state laws or policies that discriminate against arbitration are preempted by the FAA’s rules and regulations (See ATT Mobility, LLC v. Conception (2011) 131 S.Ct. 1740), making the U.S. Supreme Court’s decisions that much more impactful.

Most recently the Pennsylvania Supreme Court held that its state civil procedure rule requiring that survival actions (claims brought on behalf of a decedent) be consolidated with wrongful death actions for trial, was preempted by the FAA where the deceased patient had signed an arbitration agreement with the nursing home that allegedly improperly cared for her. (Taylor v. Extendicare Health Facilities, Inc. (Sept. 2016) 2016 WL 5630669 (not yet released for publication). As the survival action had to be arbitrated, but the wrongful death action was not subject to arbitration, the lower courts refused to enforce the arbitration agreement so as to apply the consolidation rule. The Pennsylvania Supreme Court reversed those holdings, reasoning that the state was obligated under the FAA to favor enforcement of the arbitration agreement over applying its state rule of civil procedure.


Interestingly, the United States Court of Appeal for the Sixth Circuit was posed with a similar question with respect to Kentucky’s state law providing that wrongful death claims belong only to the beneficiary and therefore any arbitration agreement entered into by a decedent cannot bind a beneficiary bringing a wrongful death action. The Court of Appeal held that the state law is not preempted by the FAA because it does not categorically prohibit arbitration of wrongful death claim. Richmond Health Facilities v. Nichols (Jan. 2016) 811 F.3d 192.

The South Carolina Supreme Court similarly found its state’s "outrageous tort exception" doctrine preempted by the FAA, holding that the exception, allowing parties whose claims arose out of an opponent’s "outrageous" tortious conduct to avoid arbitration, could not be applied. Parsons v. John Wieland Homes & Neighborhoods of the Carolinas, Inc. (Aug. 2016) 2016 WL 441112 (not yet released for publication).

In Alabama, the Supreme Court found its insurance regulation requiring that an arbitration provision in an insurance contract be specially disclosed was preempted by the FAA, which prohibits arbitration provisions from being singled out for special treatment. African Methodist Episcopal Church v. Smith (Aug. 2016) 2016 WL 4417268 (not yet released for publication).

Notwithstanding the foregoing, courts have also held that some federal statutes, such as the Medicare and Employee Retirement Income Security Act ("ERISA"), preempt the FAA’s policy to enforce arbitration agreements (United Behavioral Health v. Maricopa Integrated Heath Sys. (Aug. 2016) 240 Ariz. 118). While others, such as the Uniformed Services Employment and Reemployment Rights Act ("USERRA") can be reconciled with the FAA by modifying the aspects of the arbitration agreement that conflict with the FAA (Bodine v. Cook’s Pest Control, Inc. (July 2016) 830 F.3d 1320). But even in this matter the courts are somewhat split as the U.S. Court of Appeal for the Ninth Circuit has recently found that nothing in USERRA prohibits compelled arbitration of claims arising under its provisions. (Ziober v. BLB Resources, Inc. (Oct. 2016) 2016 WL 5956733).

The most heated topic of discussion over the last year with respect to arbitration has been, and continues to be, the interaction between class actions and arbitration agreements. The U.S. Supreme Court has held on a number of occasions that parties can agree to arbitration as a method to resolve class actions. (See Oxford Health Plans, LLC v. Sutter (2013) 133 S.Ct. 2064). However, an arbitrator may apply class proceedings only if the parties’ express agreement is apparent from the contract, not where the parties stipulate that the agreement is silent as to whether such proceedings are permissible. (Stolt-Nielson S.A. v. AnimalFeeds Int’l Corp. (2010) 559 U.S. 662).

The Georgia Supreme Court recently held that where a contract contains an arbitration opt out provision, the satisfaction of the precondition for suit by the class plaintiff typically avoids the necessity for each class member to satisfy the precondition individually. (Bikerstaff v. Suntrust Bank (July 2016) 788 S.E.2d 787 (petition for certiorari docketed by Suntrust Bank v. Bickerstaff, US, Oct. 7, 2016). This decision, along with the others discussed below, has even more recently been submitted to the U.S. Supreme Court for review, which may lead to a nationalized rule with respect to this issue.

The discussion of late has centered on whether or not certain arbitration waiver provisions are enforceable. In 2013, the U.S. Supreme Court reinforced its prior decision that class action waiver provisions in arbitration agreements are enforceable and cannot be invalidated on the basis that the cost of proceeding on an individual basis outweighs any potential recovery. (American Express Co. v. Italian Colors Restaurant (2013) 133 S.Ct. 2304).

The issue of class waiver has also arisen with respect to the arbitration of disputes between businesses and consumers. Arbitration clauses are found in a significant number of consumer contracts, such those providing for cell phone or cable service. In December 2015, the U.S. Supreme Court held that a class action waiver contained in a contractual arbitration provision was valid, notwithstanding the fact that the contract incorporated a California state law making the class action arbitration waiver unenforceable because the law was preempted by the FAA. (DIRECTV, Inc. v. Imburgia (2015) 136 S.Ct. 463). The decision was significant because it invalidated all state laws making class action arbitration waivers unenforceable.


Furthermore, the Consumer Financial Protection Bureau ("CFPB") expects to issue a Notice of Proposed Rulemaking in the spring of 2017, concerning the use of agreements providing for arbitration of any future dispute between covered persons and consumers in connection with the offering or providing of certain consumer financial products or services. (Docket ID CFPB-2016-0020). Specifically, the Bureau is considering whether to ban arbitration agreements from being used to compel arbitration of consumer class actions. The new rule would prohibit pre-dispute arbitration agreements as a bar to consumer class actions and require providers that use such agreements to submit records relating to arbitration proceedings to the CFPB to monitor and publish.

Nevertheless, an exception to the DIRECTV rule may be on the horizon. For some time, the courts regularly upheld the increasing use of mandatory arbitration provisions in employment contracts waiving the right to class actions. From the employers’ position, arbitration provides a more efficient and cost-effective method of resolution for employment disputes. However, employees argue that their ability to ban together against the employer puts them at a major disadvantage when facing a dispute alone and without the resources the employer has access to.

In May 2016, the U.S. Court of Appeals for the Seventh Circuit held that a company cannot force its employees to waive their right to band together as a class in a legal action, and invalidated an arbitration clause that prohibited employees from joining together to bring a class action against the employer. (Lewis v. Epic Systems Corp. (2016) 823 F.3d 1147). This decision was starkly in contrast decisions preceding it in the Second, Fifth, and Eighth Circuits.

In so holding, the Court reasoned that by preventing employees from bringing a collective action against the employer, the arbitration clause violated the National Labor Relations Act, which gives workers the right to unionize and engaged in concerted action. In September 2016, a petition for review was filed with the U.S. Supreme Court. Given the discordance among the more recent state and federal decisions, discussed further below, it is likely that the U.S. Supreme Court will take the case up on review. The resulting opinion will provide the guidance needed to alleviate the growing confusion over class waivers.

A forerunner in the news with respect to employment contracts and class actions waivers has been the class actions brought against the rideshare service provider Uber Technologies, Inc. In April 2016, the parties in two misclassification suits against Uber in California and Massachusetts (O’Connor v. Uber Technologies requested court approval of a $100 million settlement in favor of 385,000 Uber drivers. The cases alleged that as a result of the drivers’ misclassification, they had been denied reimbursement of their business expenses and that Uber had withheld gratuity owed to them. The California trial court denied the settlement on the grounds that it did not properly value the claims.

Shortly thereafter, in September 2016, the U.S. Court of Appeal for the Ninth Circuit handed down its decision in a separate employment case against Uber that the class action waiver incorporated into the arbitration clause of the Uber drivers’ employment contracts was enforceable (Mohamed v. Uber Technologies, Inc. (Sept. 2016) 2016 DJDAR 9314), thus potentially cutting the class size in the O’Connor lawsuit approximately 94%. In October 2016, the National Labor Relations Board ("NLRB") notified the Court of Appeal that it intends to file an amicus brief in O’Connor as the issue is one of "national significance and affecting numerous cases currently pending in this court, and other courts of appeals."

It is clear that while arbitration has grown into a prevalent and popular resolution method, it did so without a consistent set of enforcement rules. Not only do different states treat arbitration clauses differently, there is inconsistency within many states. This has created nation-wide problems with respect to the application and validity of arbitration provisions. Undoubtedly, the U.S. Supreme Court will continue to issue decisions on a variety of arbitration topics in the near future that should guide the lower courts and begin to create a cohesive landscape in the world of arbitration nationally.

Richard Glucksman is a founding partner of Chapman, Glucksman, Dean, Roeb & Barger which has offices throughout California. Mr. Glucksman is an AV Preeminent Rated Lawyer with Martindale-Hubbell, which is the highest rating available. He has been named "Super Lawyer" for the last 8 years, including 2015. He is well known in the construction and business legal community for his representation of builders, developers and business clients. Mr. Glucksman specializes in complex multi-party litigation, including construction defect claims, environmental, commercial, business and catastrophic casualty litigation.