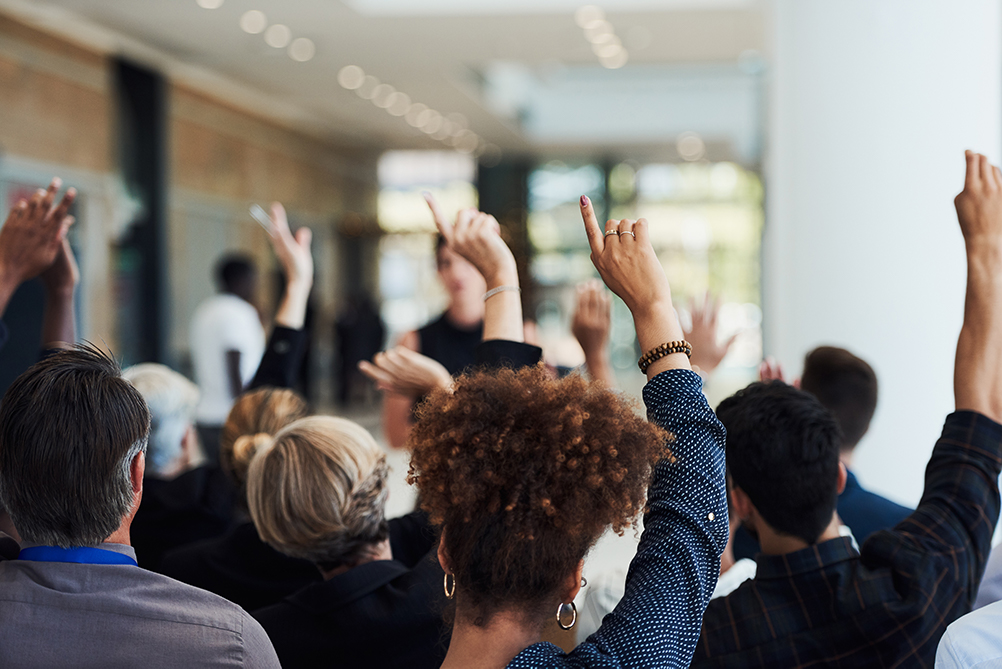 U.S. Senate confirmation hearings of Supreme Court justices typically receive broad news coverage. One particular hearing in recent memory, however, gained much more media interest than usual. Broadcasts were focused on questions not about the nominee’s qualifications, but rather allegations of sexual harassment. No doubt this scenario sounds familiar. But for the purposes of this discussion, the case in question took place in 1991. The justice involved was Clarence Thomas.

Not only did this event influence public perception of harassment, it coincided with increased interest in employment practices liability (EPL) insurance. At the time, only five insurance companies offered EPL insurance policies covering sexual harassment and discrimination in the workplace.1 In the aftermath of the hearings, the sale of coverage increased, as companies sought to protect themselves from the defense costs and damages associated with sexual harassment claims.

Over nearly 30 years, EPL insurance has continued to be influenced by forces taking place in society and culture. This article will explore the top trends shaping the EPL market and how carriers and brokers are responding.

Compare 1991 with 2020 and one may experience a sense of déjà vu. Once again, a Supreme Court nominee faced allegations of sexual misconduct, heightening the national dialogue about the topic. The more recent hearings also coincided with heightened public awareness of sexual misconduct and the #MeToo movement. However, unlike 29 years ago, companies today face a significantly more complex environment, including many EPL-related risks beyond harassment, 24/7 news coverage and the viral spread of employment-related allegations through social media. This environment is shaping insurance purchasing behavior and the insurance marketplace.

1. COVID-19. The COVID-19 pandemic has had a massive impact on employees and human resources departments across the country. We are now experiencing a record number of layoffs, furloughs, unemployment and underemployment. There are also more employees working remotely, which creates a different set of risk management concerns. While we are very early in the process and there are not many facts, figures or statistics pertaining to impacts on the EPL insurance market, there are common trends surfacing including the following.

2. Black Lives Matter. Since the first landmark case involving the restaurant chain Denny’s in 1994, race and discrimination have been a driving factor of EPL loss trends. On May 25, 2020, George Floyd died in police custody in Minneapolis, MN. The subsequent protests, media coverage, social media outrage and riots have brought racial injustice to the forefront. This will undoubtably impact employment relations, market development and underwriter response. However, it is unknown exactly how claims or other insurance impacts will materialize.

3. #MeToo. Founded in 2006, the #MeToo movement gained momentum over the next 10 years as an anti-sexual harassment slogan and focused on exposing unacceptable predatory behavior in the workplace. Sexual harassment claims continue to be one of the most common employment issues employers face, despite being the most frequently written policy and training offered to managers, supervisors, and employees. In fact, in states like California, employers with 50 or more employees are required to provide two hours of sexual harassment prevention training to all supervisors every two years.

The #MeToo movement also arguably coincided with a change in strategy by the U.S. Equal Employment Opportunity Commission (EEOC), which began conducting outreach events and training seminars and created a “harassment prevention action team.” Following these actions, the number of sexual harassment lawsuits filed against employers increased by 50 percent.

The EEOC also recovered $70 million for sexual harassment victims in 2018, almost $25 million more than the prior year. And legislative changes making it easier to file claims took place at the state level. For example, in 2019, New York state changed the definition of harassing conduct from "severe and pervasive" to more than a "petty slight and trivial inconvenience."

The #MeToo movement has shown that companies must be ready to quickly address sexual harassment, assault and discrimination in the workplace. However, on the flip side, how a company reacts to sexual harassment claims may give rise to EPL counterclaims made by the accused.2

5. Transgender employees. The EEOC has previously issued guidance stating that discrimination and harassment based on gender identity or gender expression violates Title VII of the 1964 Civil Rights Act as it relates to sex discrimination. However, on June 15, 2020, the U.S. Supreme Court determined Title VII did indeed protect gay and transgender workers from workplace discrimination. It remains to be seen how this will impact EPL claims.

The number of discrimination charges filed with employers and the EEOC by workers age 65 and over doubled from 1990 to 2017—and demographic trends are likely to cause this number to continue to increase. According to the U.S. Bureau of Labor Statistics, workers age 55 and up will make up 25% of the U.S. workforce by 2024, compared with 13% in 2001.

7. Wage and hour. In wage and hour claims, an employee alleges that his or her employer has failed to pay overtime wages. In recent years, a number of high-severity wage and hour claims have been filed on a class action basis. Additionally, scope of allegations continues to broaden, with lawsuits increasingly alleging denial of wage supplements or wage benefit claims under state or local laws that mandate paid sick days or other paid time off.5

8. Medical and recreational marijuana. Growth in cannabis business has corresponded with increased sector employment, making it one of the fastest-growing job markets in the country. The number of job openings within the industry at the end of 2018 were up 76% over the prior year,6 and cannabis is projected to hit a job creation rate of 110% in just three years, from 2017 to 2020, eclipsing that of other high-growth sectors.7

Expanding business combined with a high number of hourly and part-time employees typically results in more employment-related lawsuits. Additionally, cannabis operations face other employment-related issues on the state and local level. For instance, both New York City and the state of Nevada enacted changes to dramatically restrict employers’ ability to drug test for marijuana.8

In recent court cases, a New Jersey appellate court held that a disabled employee may sue his former employer under the New Jersey Law Against Discrimination (NJLAD) for alleged discrimination based on the employee’s use of medical marijuana, and a Delaware state court held that a medical marijuana user may proceed with a lawsuit against his former employer after his employment was terminated because of a positive post-accident drug test result for marijuana.9

Professional liability carriers began endorsing errors & omissions and directors & officers forms to provide coverage for employment practices. However, these policies are written with individuals as the named insured. Because discrimination claims are typically brought against companies, rather than individual directors or officers, coverage often could not be found within these forms.

Stand-alone EPL forms designed to cover claims against employers took shape. Today, EPL insurance is available as either a stand-alone policy or endorsement to another form. It provides protection against many kinds of employment-related claims, including the “big three” of sexual harassment, discrimination (based on religion, age, ethnicity, gender, disability, skin color, sexual orientation or race), and wrongful termination. Also typically covered are:

Most EPL policies will provide defense or reimburse a company for the costs of defending a lawsuit in court, as well as for judgments and settlements, with legal costs covered regardless of a suit’s outcome. Beyond the basic employer protections provided by typical EPL forms, the full scope of coverage and available endorsements vary in the marketplace. Some key distinctions among carriers’ policies include:

Throughout the evolution of EPL insurance, the form has been influenced by societal changes. Today’s coverage is no exception. In response to increasing claims and areas of risk, key changes are being seen in several areas.

Additionally, the underwriting appetite for EPL has ebbed and flowed over the years. Today, we’re seeing market conditions in the EPL segment harden, with rates increasing anywhere from 10% to 50% for many classes of business. Steeper increases are seen in problematic classes, such as healthcare and hospitality, as well as problematic states, such as Florida, Illinois, New York, and Texas. California in particular has seen significant hardening, with some underwriters increasing retentions dramatically in the state or pulling out of the market altogether.

Despite the risk employers face, EPL insurance is an undersold coverage, particularly among smaller companies. According to some market reports, only 23% of companies with fewer than 100 employees are investing in EPL coverage; 34% of businesses with between 500 and 700 employees have EPL; and 40% of businesses employing more than 1,000 people have a policy.10

Education on exposure is very important. Agents and brokers need to combat the feeling of “It won’t happen to us;” in fact, the question for most businesses is not if, but when, they will face an EPL claim.

Additionally, it’s important to understand the EPL market, which is more complex than it has ever been. Policies need to be reviewed to ensure they are best in class and enhance the client’s risk management program. Some key areas to consider include:

For the past 30 years, employment practices liability has tracked closely with changing social trends. Today, an employer’s risk of allegations by employees is heighted by both increased public intolerance for harassment and instant, worldwide distribution of news through social media. A Facebook post, Tweet or hashtag can quickly go viral, putting a company on the defense and creating potentially devastating consequences. EPL insurance is more important than ever in this environment. And it is incumbent on insurance professionals to understand the insurance marketplace so they can best help clients manage risk.

A version of this article was printed in the Summer 2020 issue of Insights, a professional journal by the CPCU Society. It has been reproduced here with the permission of the CPCU Society, an affiliate of The Institutes.